I noticed that the content of the techName element comes from a particular place in the SNS, for example if I am at 34-50-10-00 the name of the last position in the SNS, the 00 is the techname which appears both in the XML and in my PDF (printed document). It is important to get this right from the beginning because when you create your Data Modules (information code 030 for example) This <techName> element content is populated automatically from the SNS.

I noticed that if you revise the SNS and change the name of 00 all new modules will have the new name, but one that was created previously, cannot have the techName changed, not even manually. I discovered after making manual changes that matched my new techName the content of the data module reverted back to the one it had when the data module was first created. In other words, after I saved to CSDB, closed, and re-opened the data module the original content of techName was back.

This is something a many a writer likes to change on the fly. So, planning up-front is necessary! Making the writer understand they have to commit to a techName at the outset is often difficult because they are used to word processing where they can do pretty much what they like.

The problem is in the Control Station\CSDB. Lets say I create an SNS entry and choose a techname for it. I then create a bunch of Data Modules for various information codes, they are all WIP. Their techname is set to whatever I chose for that entry in the SNS.

Later on a Technical Writer decides that the Techname is incorrect, and/or want's to change it. What I found was that if I went back into the SNS and changed the techname the data modules already created did not update their techname to match even though they were WIP.

Any new Data Modules were populated with the new techname.

If I manually edited the techname of the non-compliant modules from the editor using the CSDB Plug-in they could be changed, but the next time they were opened the files went back to the techname in place at the time of their creation, i.e. the old incorrect techname.

If I manually edit the techname from within the Control Station using a text editor and CSDB save, they still retain the original techname the next time they are opened.

The only workaround I found was to copy out the data module content into a text editor, delete the data module with the old techname, create a new one (so it gets the new techname) and after the new DM is WIP then paste in everything after the techname into the new DM.

Changing it in Arbortext Editor or a text Editor won't work. You really have to use the Task or Control Station as I described.

BTW: The same applies to changing figure titles. I got a lot complains from users taht were unable to change firgure titles. The first time a figure is added to a DM the figure title is stored into the data base. If you want to change the title, you have to use the Task or Control Station. Some times however, you still can change the figure titel. I haven't discovered why. Perhaps you can change it as long as it's new and is still in WIP.

I'm sorry I didn't get back to you sooner! Thank you very much for the tip on changing the techName. I'll give that a try. All the work I'm doing is WIP at the moment.

I hadn't given much thought to the figure titles, I have been adding them manually, although I do insert them via the CSDB plug-in. They don't appear to be picking up the titles from the CSDB entries at the time they are placed. I'll do a little tinkering and see what might happen. 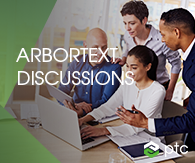