Base on this example:

I don't think the FOSI by itself can
do what you want. Especially if the paths vary from graphic to graphic.
You might be able to make it work with a combination of a <specval>
using the 'system-var' or 'system-func' values (see help 544). You
will have to be able to tell the variable or the function when to point
to the correct location. You will need some firm rules to determine
what path to use when.

Now if this is a case where all the
paths change from one to another, then the problem is a bit easier. Say
if one path is for the web and another is for PDF rendering or edit window.
Read the entire help topic above for ideas.

If you want the FOSI to just know when
to make the change, then no, won't be happening.

From your example, it looks like you might have duplicate filenames in
different paths. If this is the case, then having two APTGRPATH
variable values won't work.

How does anyone know where "test.gif" is located? Is it site-dependent
or what?

Generally speaking, I think it is a bad idea to have graphics scattered
all over the place, with some on a network location, some on the local machine,
some in a website, etc. You should try to consolidate the location of the
graphics to as few locations as possible, so you can use the APTGRPATH
environmental variable to find them, then all you need to do is call out
the graphic filename in the graphic attribute that references the
filename. No paths are necessary.

Ok, sorry, bad example. Let's take this one instead:

This is a URL to a graphic located in a content management system...

I need to add a parameter at the end of the "fileref" attribute to make
it look like this ( If possible, in FOSI 😞

What do you suggest me?

Patrick,
While you might be able to get this to work in FOSI, perhaps by
doing some sort of rewriting of the tag, I'd say a better bet would be
to look an ACL solution using either the entity_path callback or the
graphicpathhook. 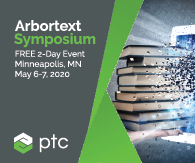