The Machining Outer Threads and Tapped Holes tools could use some more graphical options than just a blue face. It seems plausible that the existing tool could be extended beyond showing just a blue face.

One option would be to use the fact that these features are already marked as threaded holes and just update how they are represented graphically. At the users option, it would be pretty impressive to show full helical threads (shown below) - I imagine this could be done with less overhead/resouce than if the threads were actually cut using the Freeform Helix tool.* 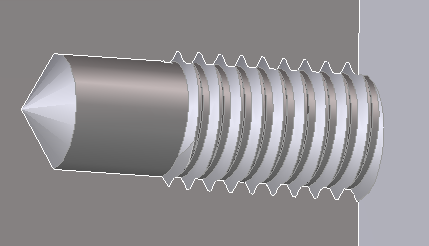 The other option would be to extend the current blue face concept to a translucent blue volume, as shown below (ThreadZone.jpg). In a blind tapped hole, it would appear as if the pilot hole were drilled, a counterbore were added (whose od and depth matched that of thread od and tap depth), and a blue translucent cylinder were added to represent the area that would otherwise be helical. To me this is a good three dimensional equivalent to the standard simplified representation typically used in drafting.

One issue both of these options would aim to solve (outside of being visually cooler), would be when adding projected lines to a workplane from a face with threaded holes on it, the tapped hole od would be displayed rather than the pilot diameter. Even better would be if both the tapped hole od and the pilot diameter were projected, as in the end view of a standard simplified representation, so both circles would be available for reference, as shown below. I've had occassions where I wasn't paying sufficient attention and ended up with too thin of walls because neither the 3d view, nor did the workplane give me adequate representation (yeah poor excuse I know, but the same can be said for many 2d/3d issues - 2d should be good enough but 3d is better). 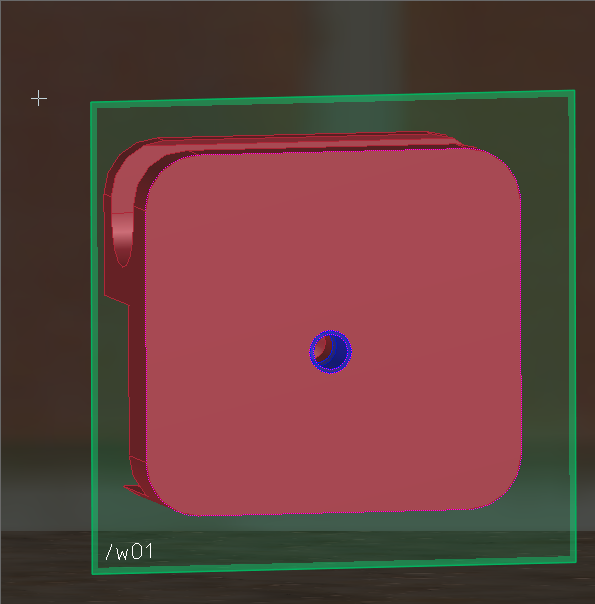 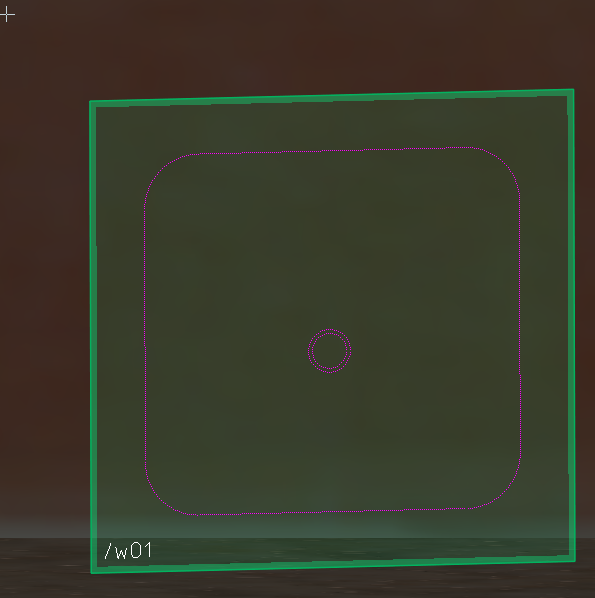 A further added bonus would be if the blue volume of the thread were automatically not counted as clashing when doing a clash analysis.

Certainly I'd also love to see similar functionality for external threads as well.

It would also be great to see improved thread functionality extended into Annotator as well so that Annotator could show true thread form, as well as schematic, and simplified 2D thread representations. Often isometric views do not show threads which would be valuable to end users, while the primary views would likely remain simplified. 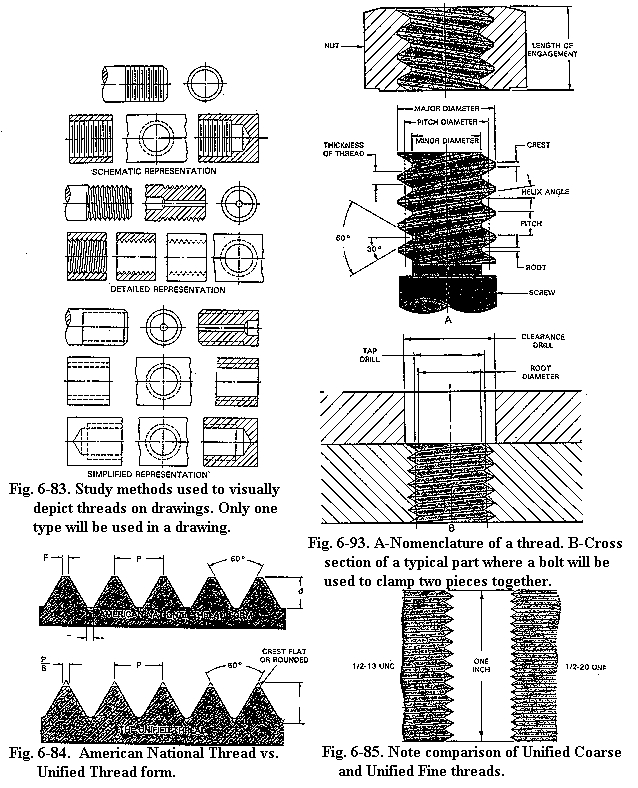 *Most of my fasteners are downloaded from McMaster.com, and have full helical representations. Given todays computing capabilities, I rarely notice performance issues with regard to using lots of these fasteners on my three year old Dell M6300.

Also - please include taper for NPT threads (2D and 3D), and similar. (thanks to Tom Kirkman for bringing this up).

My users with 64 bit machines and 24 Gb of ram still bog their machine down by proliferating McMaster fasteners.  I think the problem is more that you are modeling lots of facets for something that in effect is not important.  If you load enough of these "impressive" fasteners, you will bring your video card to its knees too.  I would not object to this being an "Enhanced Realism" option, but I can tell you me and my users leave that OFF as a matter of course!