Created datum planes/axis should have size relative to screen. This will make it easyer to find a plane/axis that you need in swarm of others.

When you are making plane/axis on a small area of part you are usualy zoomed on it, so making datum relative to screen at that point makes sence. Creating plane as offset to part face should create plane with size relative to face.

This can be config option to turn on/off this option and define  size ratio to screen.

Personal work example: Imagine aircraft sheetmetal part bent in 2 directions with 100`s of rivet holes and each rivet hole needs plane and axis to define hole. Creating these datums and selecting right ones is nightmare because you need to resize evry datum to avoid clutter. 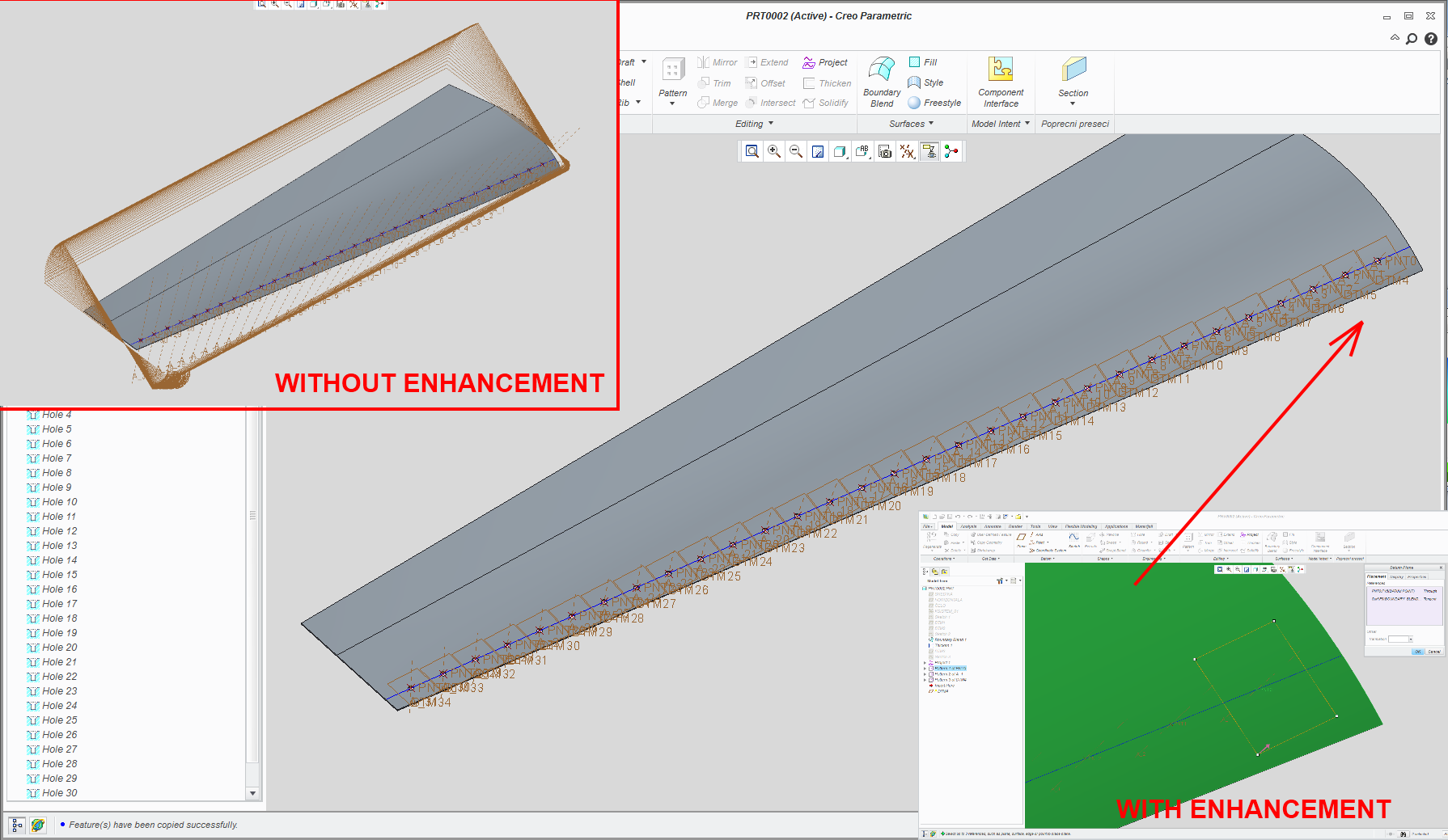 it is only my guess that you can create UDF feature containing properly sized datum plane, datum axis and rivet hole and use such UDF on aircraft wing.

Proe can do evrything...the hard way.

Why make user waste time doing something that program should do by its own.

Btw this is only the half of the problem with making such parts. Hole positions on such parts are usualy defined by points on projection of sketched curve. Holes can be defined by point on curved surface which is good but won`t work on point that are on curve that`s on surface. So i need to make axis normal to that point and because axis and point is not enough to define hole(this will be my next request) i need to add a plane also.

Other way would be to pattern axis on points and then pattern plane on axis.

But i can`t pattern hole if its tied to reference pattern only on base pattern .

This should be simple to make but so much things make problems that turns in to gigantic time waste.

were you in my office yesterday?

because I was complaining about this same exact thing to a co-worker, theres not even an option to control how far from the over all bounding box to offset them (afaik) or even a setting for the size of text labels (afaik)