When creating a CAD object in Creo Parametric there is no warning or error message when an unacceptable parameter value is entered for user defined parameters that have a predefined list in the start part. When an unacceptable value is entered input appears in the field but in reality the parameter remains undefined causing problems down the road.  Users are misled because the value appears assigned.  Currently there is no prevention or status feedback.

The parameter is associated to a required constrained Windchill attribute that has more values on its list than the Creo Parametric assembly or part.  It’s set that way because drawings utilize those extra values.  So a user (who thought s/he assigned the value) ends up having to reassign the attribute in workspace prior to check-in.  Here comes the kicker.  The user assigns a value that should not be assigned to an assembly or part, a value that is only meant for drawings.  The assembly or part CAD Doc checks in and all looks well except the next time the assembly or part is loaded into Creo Parametric an error message is encountered stating the value cannot be assigned to the part or assembly.

All of this could have been avoided if during create an error message would have warned the user or a drop-down list would have constrained the assignment.

I'm upvoting this idea and adding some images to make it clear on this post: 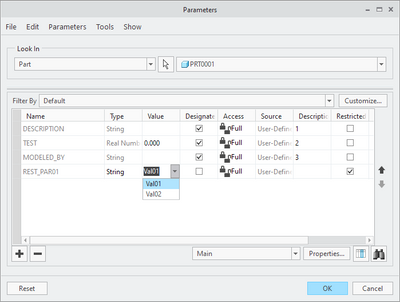 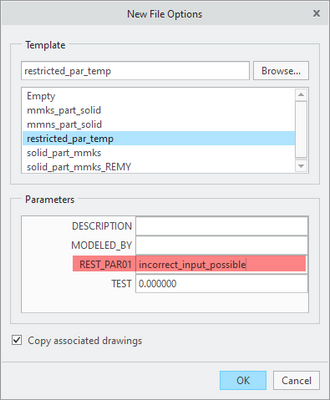