It's common to import supplier CAD assemblies as a part to only manage one object in Creo/Windchill. In Creo 4 M090 and Creo 6.0.2.0, the default for importing STEP assemblies as a part results in the components coming in the wrong position. I opened a case with PTC... apparently there's a hidden Creo config setting intf3d_in_as_part yes to fix this as discussed in CS10021 but this setting also changes the default selection to import as part at the same time. PTC Support suggested creating a product idea.

As Creo 7 now supports multiple bodies for parts, it would be nice if we could easily import STEP assembly components as a part 'body' AND get the components in the correct position (haven't tried Creo 7 yet since it came out yesterday). 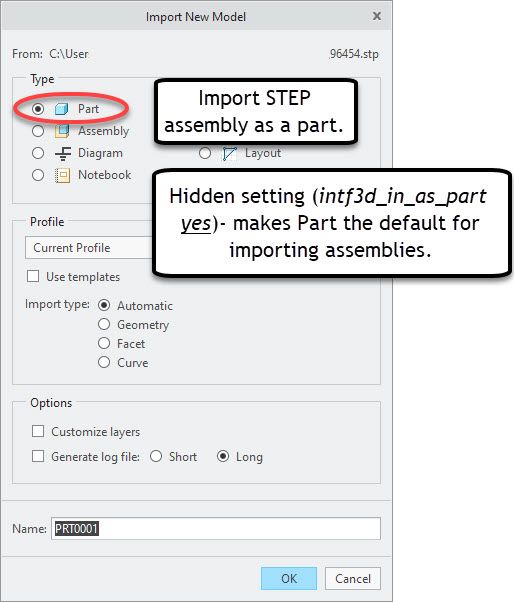 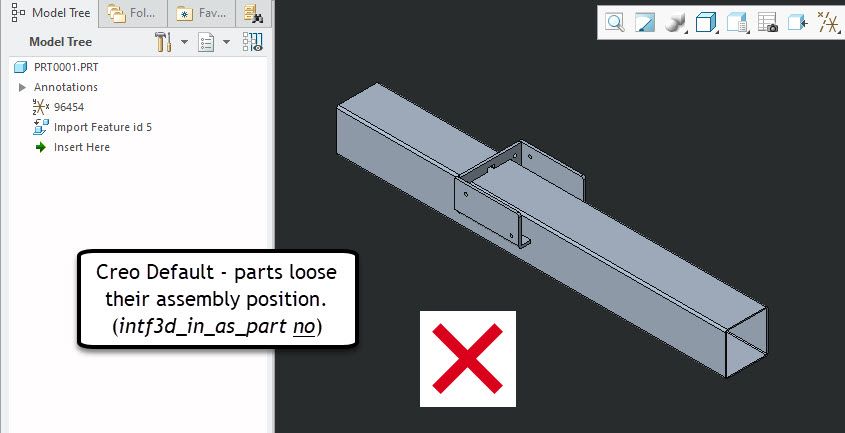 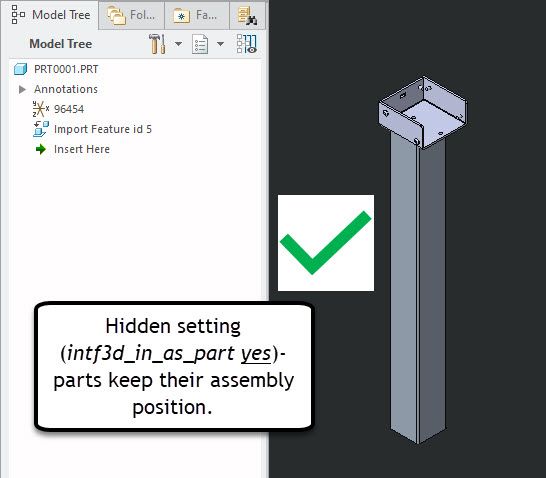