Currently, there are some restictions when working with 3D weld symbols and displaying them in drawings:

The section highlighted shows one of the restrictions that I would propose be enhanced. This is because this restriction can cause a user to inadvertantly modify the weld symbol in such a way that the symbol is not showing correctly on a drawing.

For example: Here is a weld assembly with a weld feature (symbol is correct) and rounds created at the back (to help distinguish between back and front in drawings) 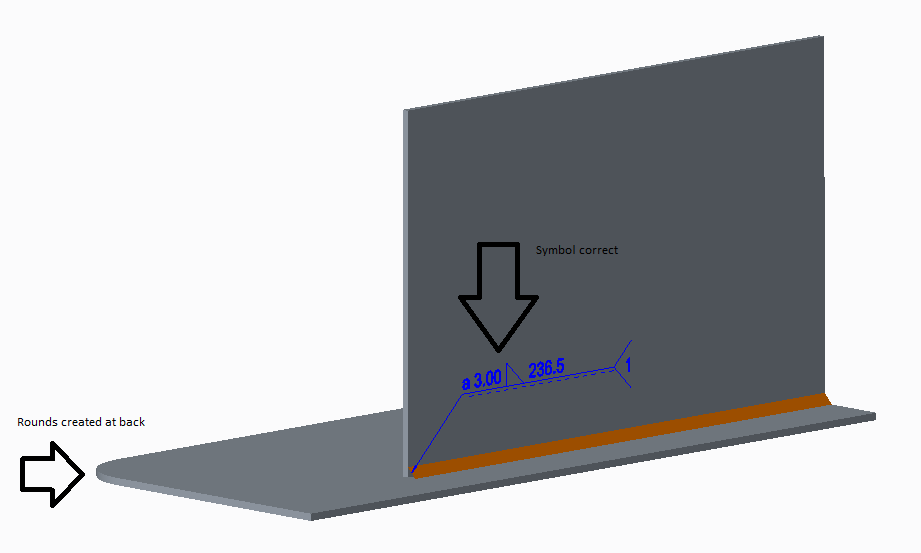 When creating a drawing and placing the front view, the symbol is automatically placed correctly, with the fillet on the solid line):

But I have the ability to move the note to the Back View using Move to View, or by deleting the note, and using Show Model Annotations to show it.

In both scenarios, the result would be incorrect as the symbol does not update to show the fillet weld on the dotted line:

It would be of great benefit to the user if it was possible for this note to update should it be moved as to avoid mistakes. Or alternatively, not being able to move it.