When placing a new view of a model on a drawing, if that model has any set datums, those planes and tags are automatically shown in the view, and the drafter must then select and Erase unwanted ones. On a large model with possibly hundreds of planes distributed among its components and subassemblies, this erasure can be time consuming. The only workaround is to use layers with collection filters for "Shown Datum" (see https://www.ptc.com/appserver/cs/view/solution.jsp?n=CS131258), but logistics or standards may prevent this from being a practical workaround.

Agreed, I create a view of a welding fixture and cannot even see it for all the tags. Spend a lot of time erasing before I can even start doing anything productive.

It's not just new views, this problem also affects existing views when new components are added to an assembly.  It's incredibly time consuming for large assemblies.

This idea would be a huge timesaver for large assembly drawings. Layers are good but why do all the datums from sub-level components need to automatically show in my top level drawing.

I think this might be what you are looking for

To be blunt, it doesn't work worth **** on large assemblies. It handles a very small percentage of datums. If I'm not mistaken, it's more for annotation elements and also associated to "parallel to view" that. I would say that 67% of GD&T datums are not parallel to the screen and that it is only those datums that show in any given view because the datums parallel to the screen are worthless in that view.

Why is it that every time I make a new view, I have to erase a million datums????

FYI, 100% of those datums are on parts I have no control over and yes I use layers to help but it's not a real solution, only a small help.

This is a simplified rep too, so all the internal, highly toleranced parts are not in there, 100's more datums for master rep. 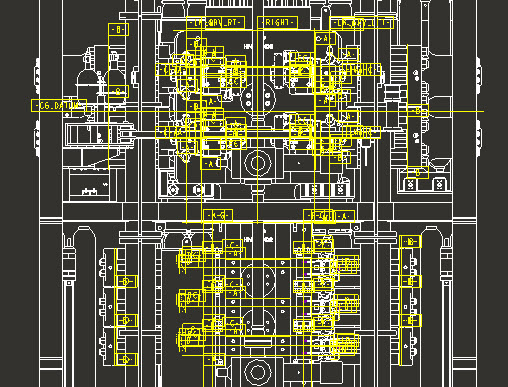 Every so often I like to bump this thread up to the top of the list. If I want to see an axis on my drawing, I have to show it. If I want to see a dimension on my drawing, I have to show it. BUT, for whatever reason, GD&T set datums magically appear on all drawings were a part is. You have to select them and erase them, or you have to turn them off on a layer (may or may not work if depending on how or when they were created ie annotation feature or simply set datum) or you have to scream and pitch a fit!!!

WOW this thread was started in 2013!   I've struggled with this problem since I first started using Pro/WF/Creo, 16 years ago.   Bumping.  I just consigned myself to: select, right click, erase.  Yes, I know there are other ways & I use them also.  But all methods kill productivity.  OFF BY DEFAULT!

Thanks for the latest bump Joe. There's no excuse for this. The standard way everything else works is NOT SHOWN in the drawing until the user tells the drawing to show it. I guess when we go to "no drawings" they'll finally fix this problem. Our anticipated conversion to drawingless production is...let me check my calendar...still looking...oh, I found it...NEVER.

We got it easy here compared to what I see here.   We might only have 6 or 7 datums showing.  This is why I've never bothered with it.  However, last week one of our users was complaining & I opened a case on it.  They gave the usual fixes but also directed me to this thread.  Maybe I've wrong but this does not seem like a hard one for PTC to implement.

Agreed. Also  blank set-datums in the part and assembly by default

WHY WHY WHY do the set datums for every piece part in my assembly show by default on every view I add to my assembly drawing?

Agreed Stephen.   This does not seem like a difficult thing to fix.  OFF BY DEFAULT!

My obligatory occasional rant on have set datums turned off by default on drawings. I just opened a drawing that hasn't been modified in 4 years.  Lower level parts have continued to evolve during those 4 years...I now have to go turn off those set datums that have magically appeared on the drawing.

Window select on datum planes says I have selected 256 datums on sheet 1...this particular drawing needs to have ZERO datums showing.

On occassion I like to kick this idea back to the top of the pile! I haven't worked on a large assy dwgs in the past couple of weeks so I don't have any datum nightmare pictures to show.

In any case: Allow placement of the view with no set datums visible, then like every other drawing item, the users shows what they want to show!!!!

I thought I might have configuration set up wrong, but this seems like a common and very obvious problem.  Why are we still dealing with this?  I don't use set datums or datum tags in assemblies.  I use them in the making of the part why should they be displayed in upper level assemblies?

How many datums do I want to see when I put an assembly view on a drawing...ZERO.

How many datums do I see...I can't count that high without and abacus

My favorite topic, I kick it to the top of the pile every so often. Sorry for the picture reuse...I'm getting lazy. 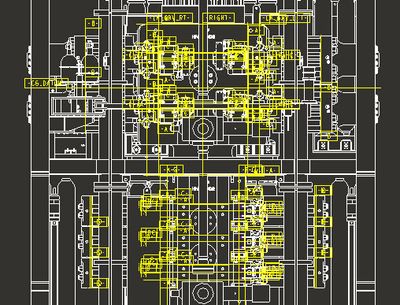 This is so frustrating, looks like we are still in the deleting business!  UGH!

Good morning datums. I see you still show up by default. 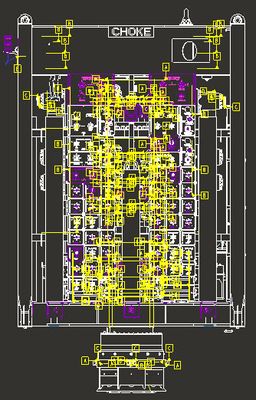 Same...  I have just lived with deleting datums for the past decade of my PTC life and never really bothered to look into it, only now that I am training a SW convert am I seeing the real frustration. At least now I know I am not the only one doing this tedious process. Sigh

So here I am working along on my large assy drawing. Boss tells me I need to add a couple of things and then I will be finished. Easy peasy, just a couple of minor model changes and refresh the drawing...done...NOT SO FAST...every sheet I have to refresh and then ERASE THE DATUMS...why, because they show by default. Do any other detail items show by default...NO...why do datum planes show by default...no one knows and APPARENTLY no one cares or can fix it...let us proclaim the mystery's of CREO.

Just to clarify...DATUMS SHOULD BE NOT SHOWN BY DEFAULT...just in case you were wondering/

This is my occasional bump for kudo's...kudo early, kudo often...

Just today, I grabbed this image. I needed some quick dimensions to give to a customer so they could verify the product would fit in their application.

Who would have thought that the datums would SHOW BY DEFAULT...well no one would have ever of thought that because NOTHING else in Creo/Wildfire/Pro/E works that way. Every drawing comes in with nothing showing, no dimensions, no axis, no GD&T....nothing...but PTC knows that everyone wants to see all the GD&T datums of all the parts of an assembly on every drawing ever built that uses that part/assembly, that's why they have chosen to show those by default.

Am I going overboard, well maybe a little. This one little thing just bothers the ever-living bleep out of me. If I check in my drawing and then later have to go get that drawing back out fresh, it is almost 100% that I will have to fiddle faddle with the datums again. They have this amazing ability to come back, magically reappear...how to they do that, THEY SHOW BY DEFAULT, is how.  WHY!!!????!?!