reference cone on last feature during creation of pattern

reference cone on last feature during creation of pattern

i want to create a pattern, the first and last feature should be located a certain distance from the start and end of my part. the distance between the features should depend on the total distance.

The position of the first feautre is defined when creating the feature. 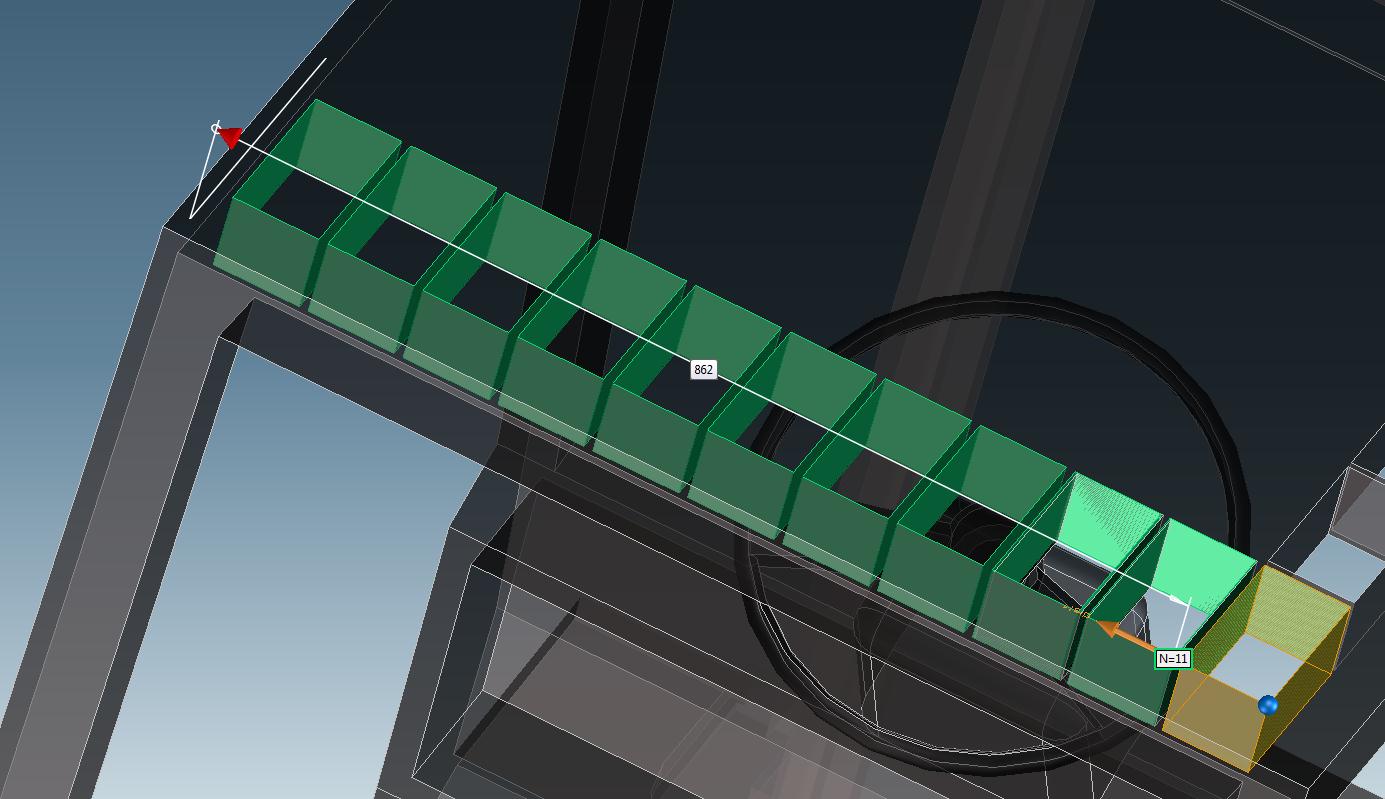 Hello Ward
unfortunately I can not see your attached image.

. i replaced the image, hope it is visible now