Some of my day consists of taking standard parts and making specials.

Typically this is just simple length changes per the customers requirements.

The question I have is with the way the drawing handles length changes.

If you have a partial view and the length is changed, why does the centerline and dimension not move with the end of the part relative to where they had been to the standard part?

The first drawings shows the part from the standard drawing. 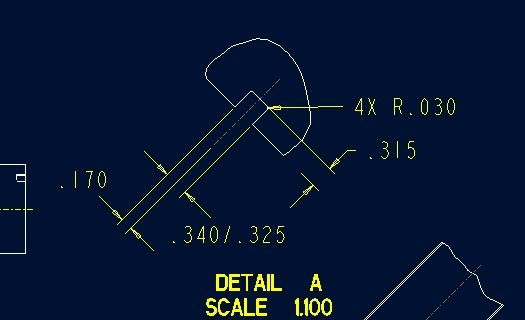 The second drawings shows the part when, in this case, the part was made longer. The centerline of the notch of the tube is now where the end of the shorter, parent part would be given the new length of the part. Why does the centerline and therefore the dimension stay relative to this portion of the part that is in the view? This happens on several parts and several drawings when a part is either lengthened or shortened for a special. 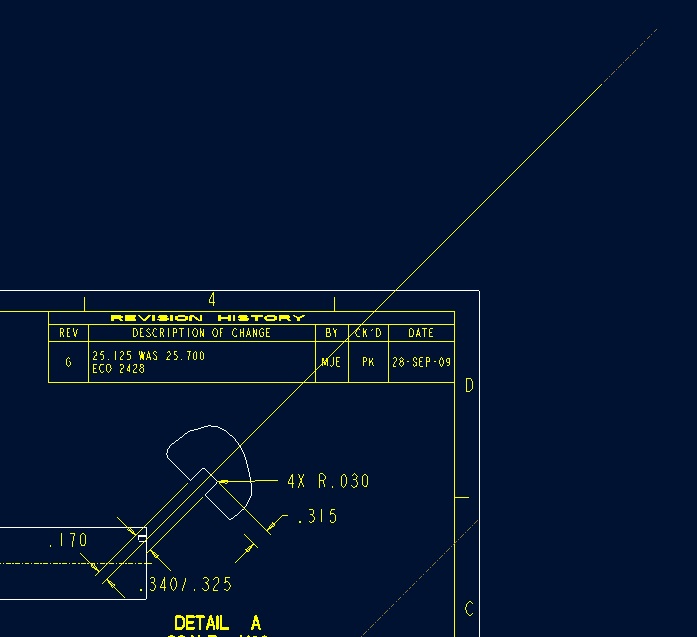 If you had any suggestion how to keep the centerline relative to the portian of the view shown, I would appreciate it.

(FYI - in the second picture, you can see another centerline from a second view that has moved also, so it even happens multiple times in a drawing)

Before the length is changed. 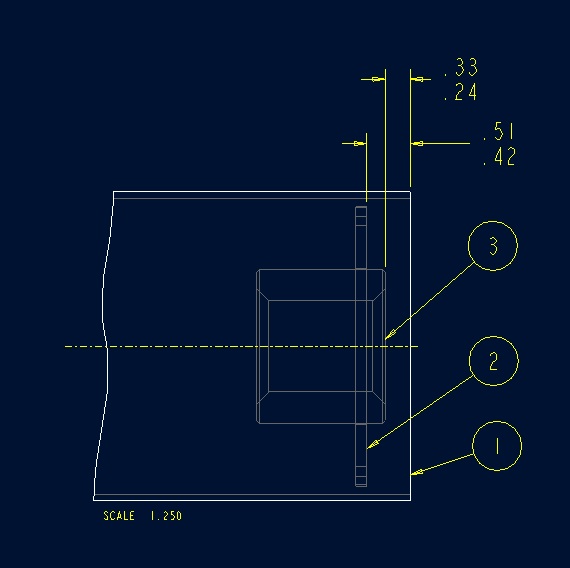 After the length is changed.

do a simple test ... set view origin to some vertex on visible part of model geometry (by default the view origin is set in view center, therefore it moves when you modify model length).

I went to do this and the option is greyed out. 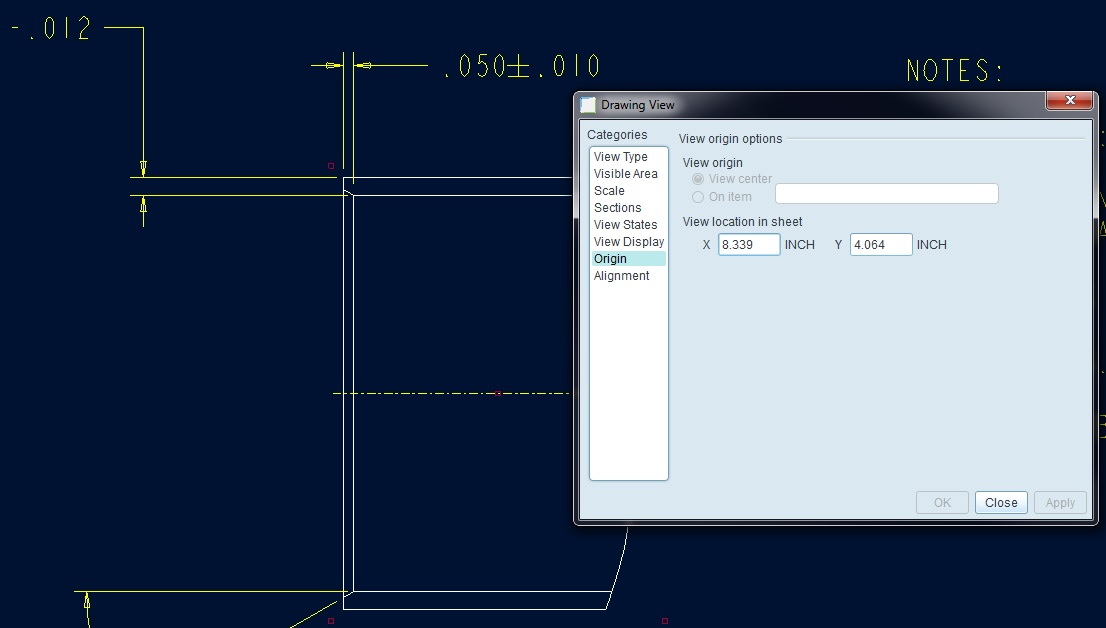 Is there a config.pro option that needs to be changed?

You only get a view center if it is a partial view, and then it is the picked feature. Not sure this will help, however.

I have found in all versions of Creo that centerlines have a mind of their own. And I mean to the detriment of views not even affected by a change as well. This is very dangerous.

It appears it has a lot to do with self-sizing of the axes to features. If the axis is sized to a datum plane, that is sized to the bounding box... well, it changes as models are changed. One -could- argue it is working as expected. But having drawings change out of the blue in some remote corner is certainly -NOT- expected!

So as a test, try sizing all your datums whether to a feature or explicit and see what happens then.

I tested your problem in Creo 2.0.

1.] in Detail view Creo does not enable user to set view origin

2.] I was able to reproduce the problem (axis moves after legth change). Try to open Case at PTC.

Thank you for notifying PTC about your issue. A representative will be contacting you soon regarding this issue.

PTC recommends using this tool to help diagnose issues being encountered while running PTC software or as a part in determining what value there is in updating to a particular Release or MOR.

Please note that SPR descriptions frequently do not detail enough information to determine a match with your software behavior. Simply stated, different SPRs can have similar symptoms. Conversely, an SPR can exhibit multiple symptoms that may or may not be captured in the description.

How do you find out if there has been any movement on an SPR?

From the support dashboard, make sure the case is still open. If it prematurely closed, you can escalate to get a fresh look at it. If it is still open and you need a little more fire under the kettle, you can also escalate it.

Does anyone know if this issue has been fixed in later versions of Creo?