If you’ve ever wished you could see into the future, you’ve come to the right place! Put your reflective suits and sunglasses on to prepare for a glimpse into the future of our upcoming ThingWorx 8.4 release! Here are sneak peeks of the top three features you may not have known are coming in ThingWorx 8.4.

While it sounds like something from an episode of Ghost Hunters, Thing Presence provides insight into the communication state of polling or duty cycle Things (those that check in and out on a periodic basis). We’re introducing a new IsReporting state, which would be set to true when polling assets check in on time and are considered “present in the network.” This helps to bridge the gap where the traditional ThingWorx IsConnected state reports offline and does not coincide with the actual network presence of the device.

You may not know what Data Helpers are, but if you’re a longstanding ThingWorx developer you likely know about Expression and Validator widgets. These widgets were handy because they allowed you to write conditional logic or input validation to drive behaviors in the UI, but were super frustrating to use. They took up lots of room on the visual layout canvas and only had a very little textbox to edit them. In the 8.4 release, we are happy to announce that these two widgets will no longer be placed on the layout canvas. Instead, they will have a dedicated editor to work from with plenty of room for code development, parameter configuration and event definition and binding. We’re wrapping all of this functionality into a nice little feature called…Data Helpers. 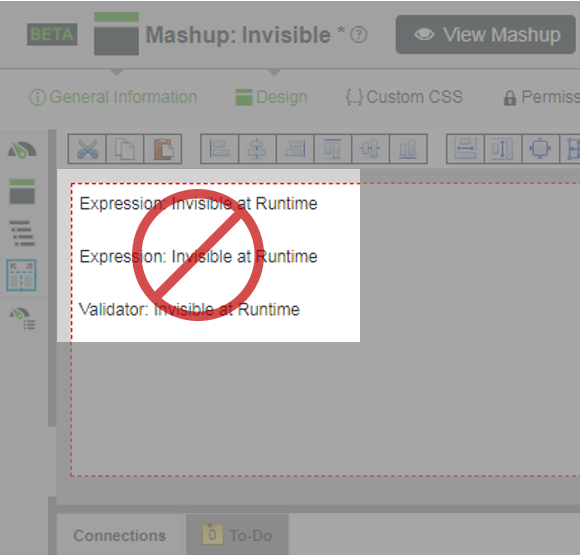 In case Thing Presence and Data Helpers aren’t exciting enough, we’re also introducing ThingWorx Flow, a neat new feature set that dramatically speeds development of connected applications through integrations with business systems like Salesforce and SAP. Imagine that, when a certain alert triggers, you want to automatically create a Salesforce service ticket and even send an emergency text to an operator to prevent damage to a device. A large set of out-of-the-box system connectors (PTC Windchill, Office 365, Google Docs, Slack, Jira and more) are included, which you can drag and drop onto a canvas to visually define a workflow. In the example below, a ThingWorx-connected device element, a Salesforce “create case” action and a Twilio text message connector were dropped into the canvas to create a visual workflow. 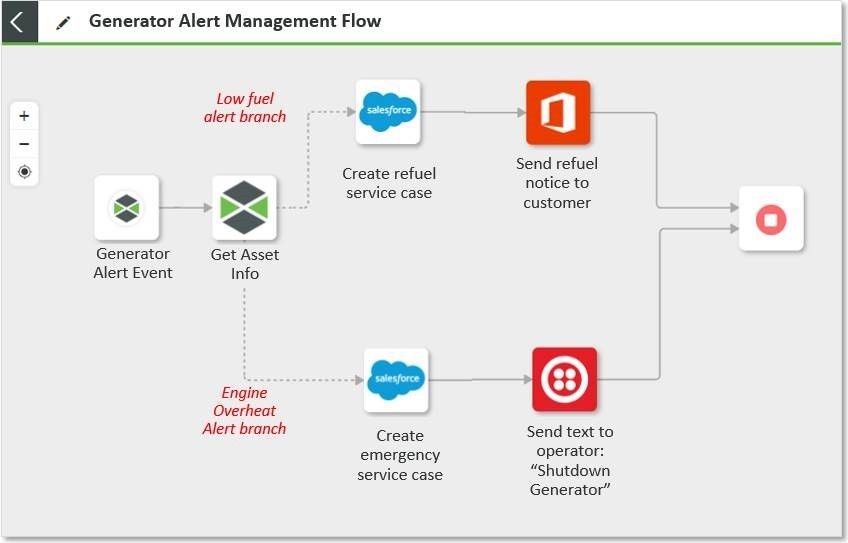 Stay tuned for future posts that go into greater depth about each of these features and comment your thoughts below!