ThingWatcher is based on anomaly detection with the normal distribution. What does that mean?

What is a normal distribution?

A data set is known as “normally distributed” when most of the data aggregate around it's mean, in a symmetric way. Also, it's extreme values get less and less likely to appear.

When a factory is making 1 kg sugar bags it doesn’t always produce exactly 1 kg. In reality, it is around 1 kg. Most of the time very close to 1 kg and very rarely far from 1 kg. 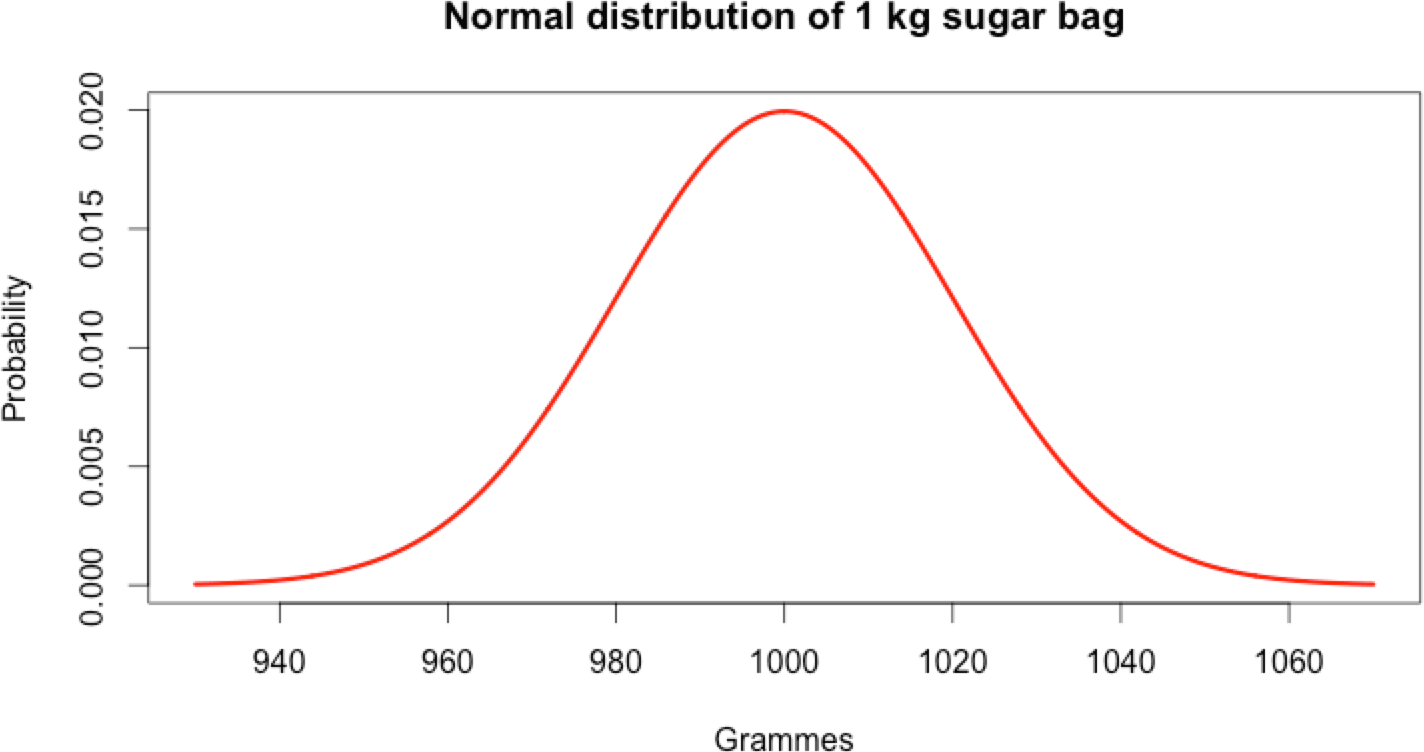 When a metric appears to be normally distributed it follows some interesting law. As does the sugar bag example.

The mean and the median are the same. Both are equal to 1000. It’s because of  the perfectly symmetric “bell-shape”

It is the standard deviation called sigma σ that defines how the normal distribution is spread around the mean. In this example σ = 20 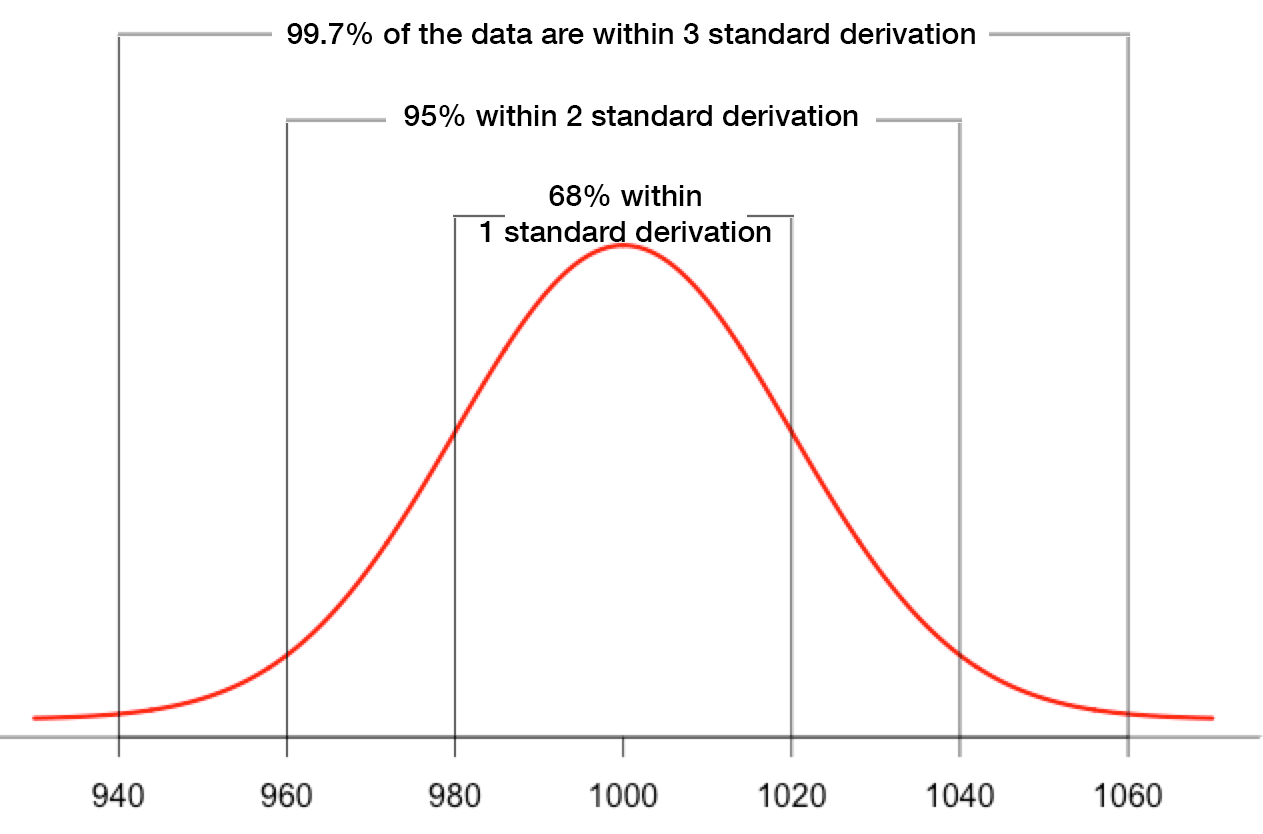 When the rules get broken: it’s an anomaly

As previously stated, When a system has been proven normally distributed, it follows a set of rules.

Those rules become the model representing the normal behavior of the metric. Under normal conditions, upcoming values will match the normal distribution and the model will be followed.

But what happens when the rules get broken?

This is when things turn different as something unusual is happening.

In theory, in a normal distribution, no values are impossible. If the weights of the bags of sugar were really distributed, we would probably find a bag of sugar of 860 g every billion products.

In reality, we approximate this sugar bag example as normally distributed. Also, almost impossible value are approximated as impossible

An almost impossible value could be considered as an anomaly.

When the value deviates too much from the mean, let’s say by ± 4σ, then we can consider this almost impossible value as an anomaly. (This limit can also be calculated using the percentile).

Sugar bags who weigh less than 920 g or more than 1080 g are considered anomalous. Chances are, there is a problem in the production chain.

This provides a simple way to define maximum and minimum thresholds. 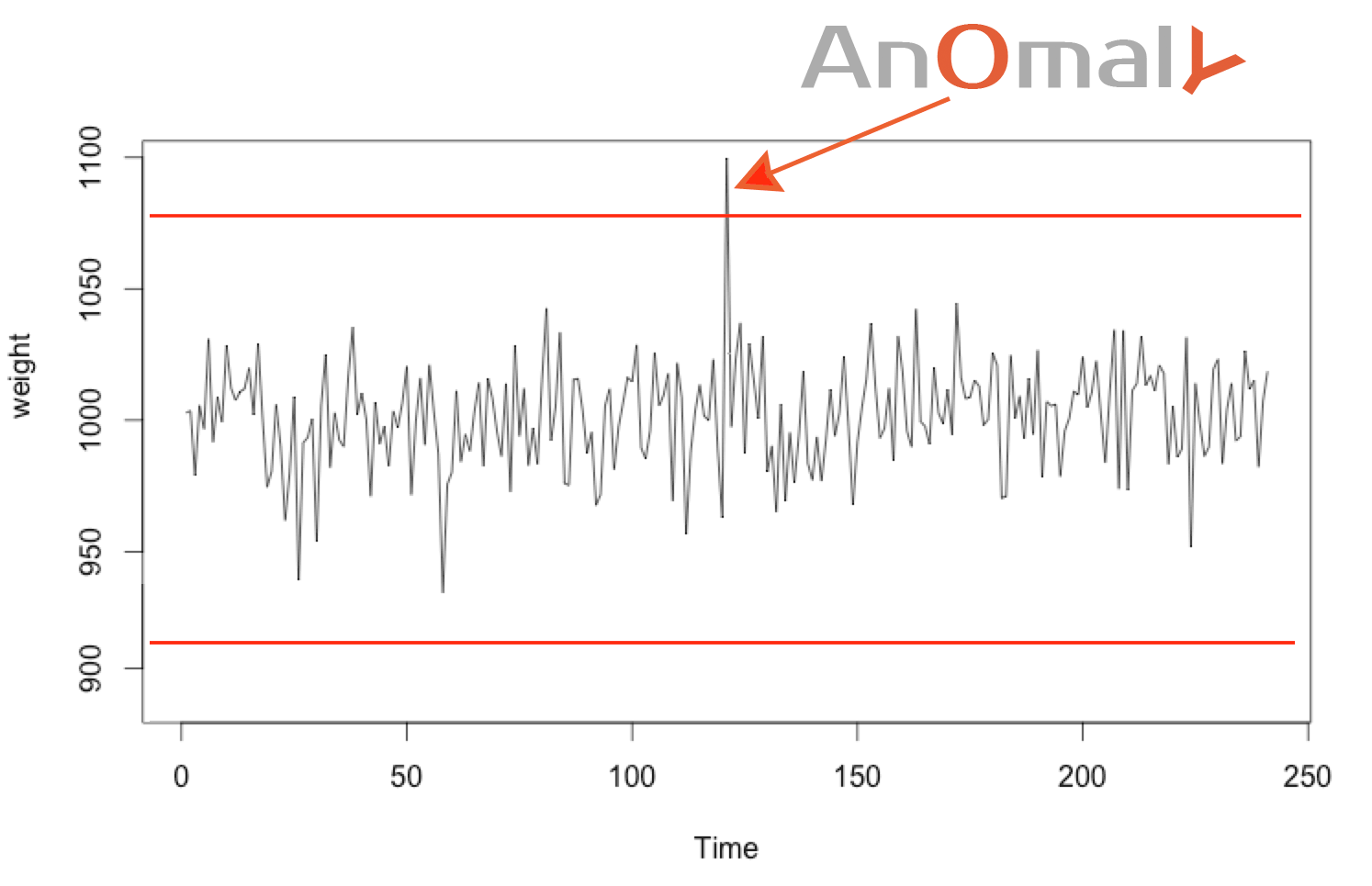 Technique n°2 can detect unusual distribution fast, using only some points. But it can’t detect anomalies who move from one sigma σ to another in a usual manner.

To detect this kind of anomaly we use a “window” of n last elements.

If the mean and standard derivation of this window change too much from usual then we can deduce an anomaly. Using a big window with a lot of values is more stable, but it requires more time to detect the anomaly.

The bigger the window is the more stable it becomes. But it would require more time to detect the anomaly as it needs to aggregate more values for the detection. 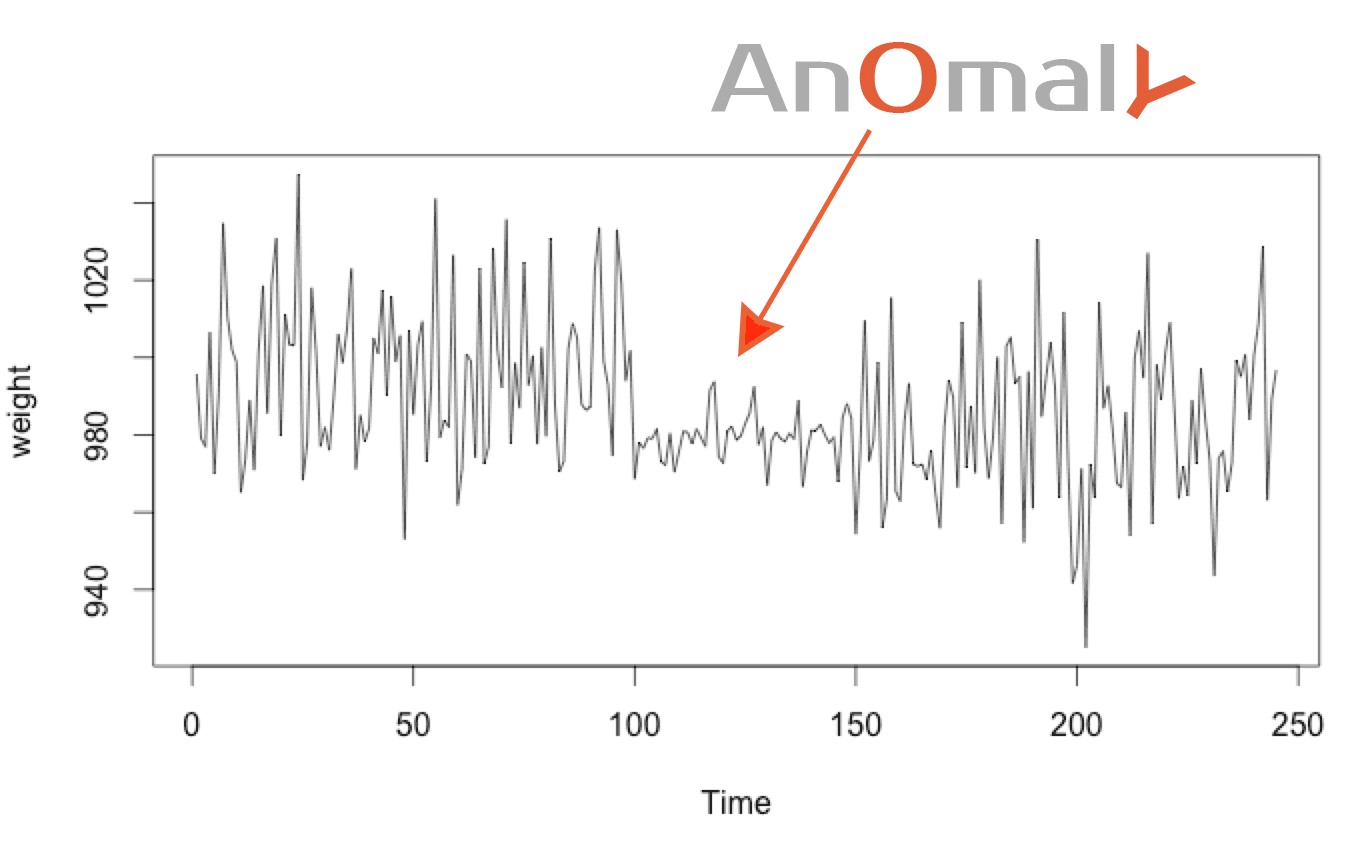