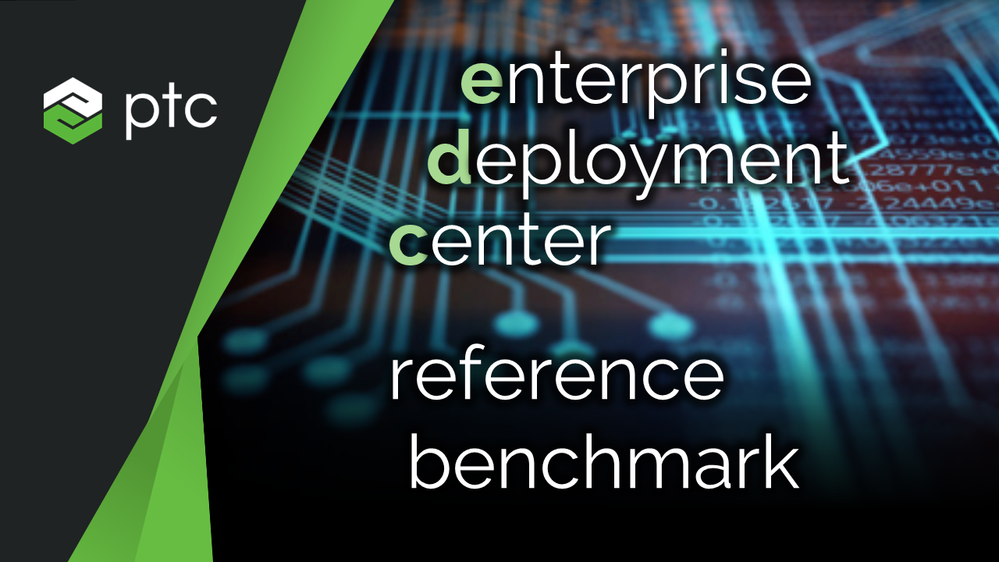 The goal of this scenario is to confirm the same performance in ThingWorx 9.0 as seen in scenario one, where one Kepware Server represented a single factory in version 8.5. 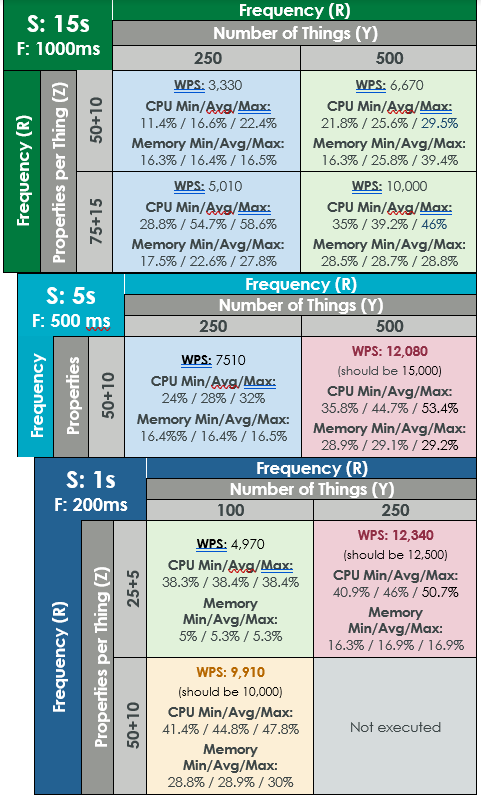 The lower frequency tests performed the same in 9.0. Even the 10k ingestion test, which lies very close to the boundary for a single Kepware Server, passed with no errors.

These showed similar results, but the 500 thing, 50-10 property test had data loss in 9.0. However, the write rate is much higher than PTC recommends for a single Kepware Server anyway.

The fastest tests had similar results as well. The larger tests ran with more success with two Kepware Servers (data not shown here).

ThingWorx 9.0 is similarly capable of ingesting data using Kepware Server. A single instance can still achieve up to 10k wps. Future scenarios will now make use of ThingWorx 9.0.