In ThingWorx Analytics, we consider different kinds of metrics to evaluate our models. The choice of metric completely depends on the type of model and the implementation plan of the model. After you are finished building your model, these 3 metrics will help you in evaluating your model accuracy.

Here are below further explanations about the 3 metrics used.

To understand what is ROC (Receiver operating characteristic) curve, let's look at the confusion matrix below. We observe that for a probabilistic model, we get a different value for each metric.

Hence, for each sensitivity, we get a different specificity. The two vary as follows: 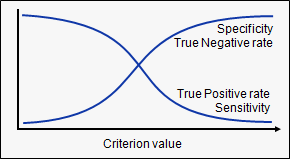 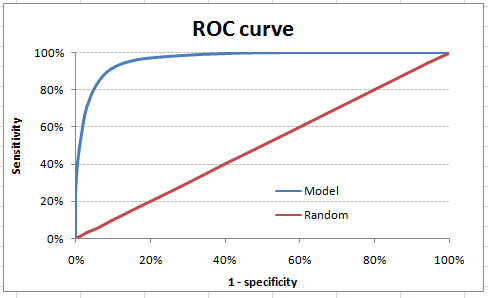 As you can see, the sensitivity at this threshold is 99.6% and the (1-specificity) is ~60%. This coordinate becomes on point in our ROC curve. To bring this curve down to a single number, we find the area under this curve (AUC).

Note that the area of the entire square is 1*1 = 1. Hence AUC itself is the ratio under the curve and the total area. For the case in hand, we get AUC ROC as 96.4%. Following are a few thumb rules:

We see that we fall under the excellent band for the current model. But this might simply be over-fitting. In such cases, it becomes very important to have in-time and out-of-time validations.

RMSE is the most popular evaluation metric used in regression problems. It follows an assumption that error are unbiased and follow a normal distribution. Here are the key points to consider on RMSE:

This metric measures how highly correlated are two variables and is measured from -1 to +1.

There are several benefits to using this type of metric. The first is that the accuracy of the score increases when data is not normalized. As a result, this metric can be used when quantities (i.e. scores) varies. Another benefit is that the Pearson Correlation score can correct for any scaling within an attribute, while the final score is still being tabulated. Thus, objects that describe the same data but use different values can still be used. The below figure demonstrates how the Pearson Correlation score may appear if graphed. 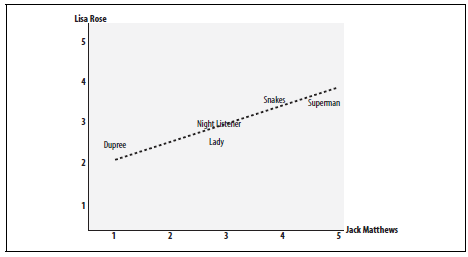 In essence, the Pearson Correlation score finds the ratio between the covariance and the standard deviation of both objects. In the mathematical form, the score can be described as:

In this equation, (x,y) refers to the data objects and N is the total number of attributes