I seem to run into a lot more prompts to regenerate in Creo that in Pro. There are some cases when using an old model from Pro in the new Creo manufacturing environment that I can regenerate, hit save, then get prompted to regenerate again. Can't shake the regenerate prompt in these situations. It will always say that the mfg needs to be regenerated if you are trying to save. Anyone have a suggestion for this?

You might check for errors. often I find issues that prevent a successful regen even though they are only yellow. Once you have the green light, it -should- save without issues. Mechanism is particularly bothersome.

It seems that I have green lights on the reference part and the workpiece. The regen even seems to work in the mfg file. However, even though all regens seem to work successfully, when I hit save - creo still tells me the mfg file is in need of regeneration.

Fortunately, this part is quite simple and the posts the file creates look good. When I run into this on a complex part, it really concerns me.

You might submit this to customer support for evaluation. I have seen this before and it was due to a bad constraint. Regen should catch this, but it fails from time to time.

Regular Member
(in response to razmosis)

There are 2 related (though different) items :

1. Is the model marked regenerated or not upon opening in a new Creo version (or after certain operations). Here if you feel that "Yellow" state does appear in cases when it did not in previous releases it's a right thing to contact PTC TS.

2. Prompt to regenerate upon Save : this is just a reaction on "yellow" status when you hit Save. This behaviour is governed by an option regen_solid_before_save = prompt* . Earlier default value was No, and if saving unregenerated model does not bother you - you can set back to No. It was just a result of user complaints that we implemented this "prompt" option, since many users are really concerned on saving / putting to PDM models with such kind of problems.

It doesn't sound like a good idea to me to turn the automatic prompt on yellow status off.

Has anyone found a resultion to this? I have the same problem with regen in MFG assm and others.

Also there is no regen status on screen (lower right). 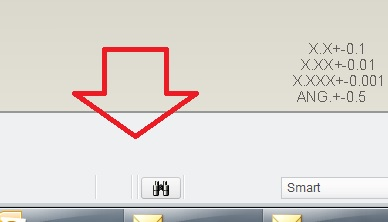 I am finding regeneration a problem with creo as well , specially within manufacturing, it has bitten me more than once.

I also have a reoccurring issue with features that only part fail when I replace a model, if thing completely fail, I get the red and the traiffic lights, but I use a point that has two references, the center line and a datum plane, the center line is fine, but the datum fails, but it doesn't show up as a failed feature, not red and no traffic lights.

this also has caused problems in the past,.

as far as I am concerned, if a feature has a failure, it should be red and has traffic lights.

I had sent some models to Tech Support and what they found was a missing start surface in a drill sequence. The sequence still worked and did not show red. The only indication that there was something amiss is that you could not save without getting a regeneration prompt. What I've found is that if you cannot save without the regenerate prompt, there is a missing reference somewhere - but the software will not point you in any direction as to where it is. If you look really hard, you might find it. It could be in the mfg file, or the part file. It's something like calling the NYPD to say you just saw a J walker and hanging up on them without giving a location.

Nothing like going through a machining program with 15 or 20 sequences to find something that is missing that worked yesterday but today it blows up?

This is a big source of frustration for me no matter how careful you are picking datums and surfaces for sequences it seems that one will always fail with the slightest change to the model. If it's a big program a lot of times it will just crash hard if there is something missing when coding a file rather than warning you there is a problem. They can turn features red if there is something missing in a model or an assembly why can't they do that for manufacturing too?