Monday night May 12 FTC teams from the Boston area came to PTC headquarters for a "Pizza, Robots, & Modeling" Workshop. FTC teams from Natick, Needham, Lexington, Sharon, and Lincoln brought their "Bots" and spent the evening learning engineering best practices for modeling their robots in PTC Creo. 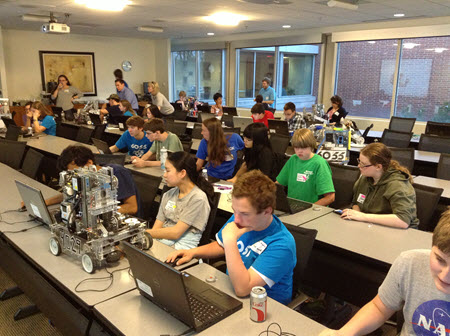 The idea for this workshop came from Hans Batra the coach of Needham High School's teams. Hans contacted PTC and asked if he could get his teams together with other teams and let the students network while learning how to better use real engineering tools to model their robots in preparation for next season. 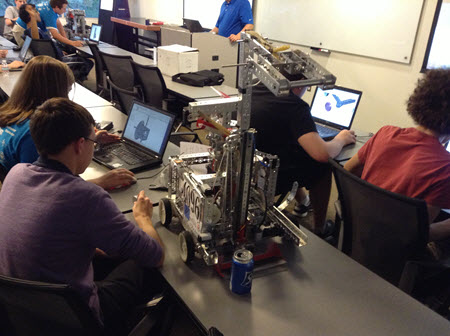 While the students were modeling, the coaches and mentors met and discussed next season. Loretta Bessette the Affiliate Partner for the Boston area talked about the new league play and answered questions from the coaches. Weston High School's Science department chair, Erica Cole introduced the new coach for next year's Weston FTC team, Steve Boardman.

At 8:00 PM the teams came into the 3D theater and were able to step into CAD models of robots and race cars. Pictures of the workshop are included in this post. We will be hosting events like these throughout the summer. Please let us know if you would like to participate. 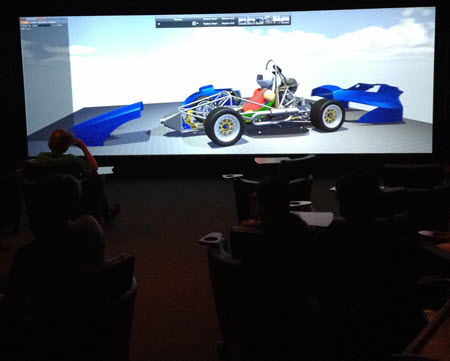