Hello everyone,
what should I do to eliminate the noise highlighted in the photo?
Thank you. 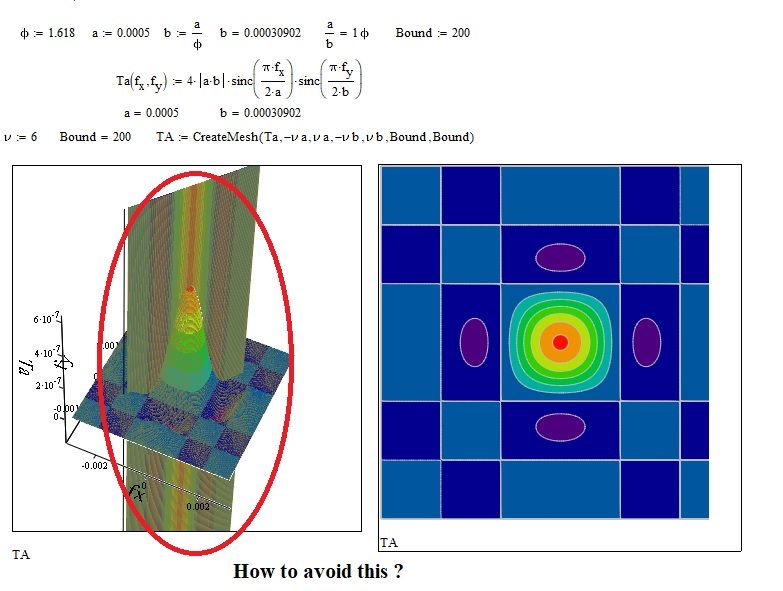 Ruby III
(in response to -MFra-)

Mathcads 3D plot has a lot of weird effects like this. Unfortunately I don't know of a workaround.

At least changing the factor let those artifacts mysteriously disappear: 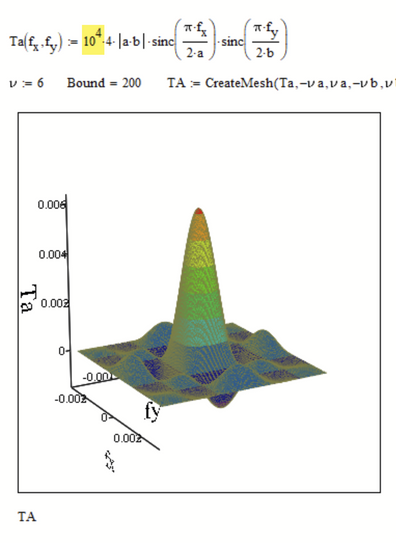 If you change the "Line Options" within the "Appearance" tab from "Wireframe" to "Contour Lines" it will become clear: 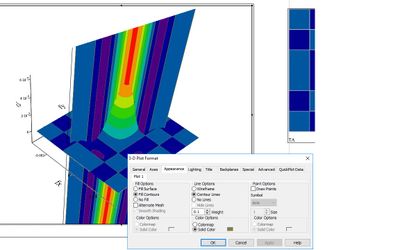 Ruby III
(in response to ChrisKaswer)


If you change the "Line Options" within the "Appearance" tab from "Wireframe" to "Contour Lines" it will become clear:

Not sure what would be clear now??

What looks like a plane is a bug in the 3D component of Mathcad, maybe due to numerical limits, I don't know.

Set Rotation=0 and Tilt=90 and play around with the value of Twist ("General" tab of the 3-D Plot Format menu) and you'll see that the position in the coordinate system of this "plane" changes. So its not a geometrical object made up by the used formulas. Also, as I had shown before, those artifacts go away by multiplying the z-values by a large number like 10^4.

BTW - another "funny" effect if we set "transparency" to something greater 0, 1 is all thats needed: 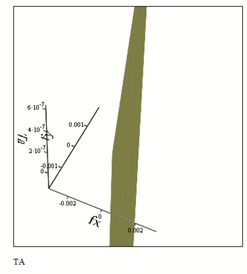 Topaz I
(in response to ChrisKaswer)

nothing changes for me, thanks anyway. The problem is solved by normalizing the maximum amplitude to unity).

Topaz I
(in response to Werner_E)

Thanks anyway for the suggestion.

The problem is solved by normalizing the maximum amplitude to unity.