I want to approximate the experimental data by a curve as shown below on screenshot. I tried to use inverse probability density for the normal distribution, but without success. Are there any ideas in this regard (which equation can describe the data or maybe I need to create several sections/parts of the curve)? 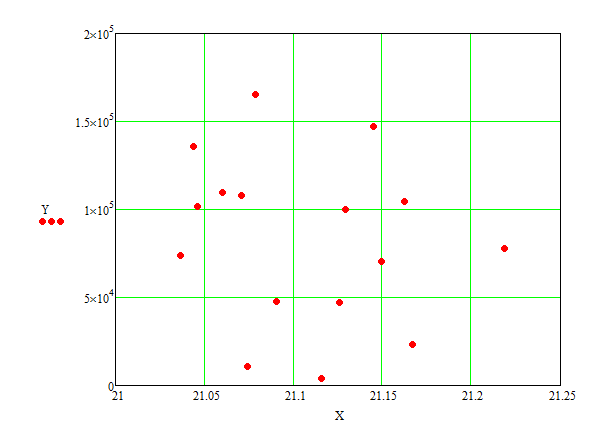 The approximating curve must have the following form: 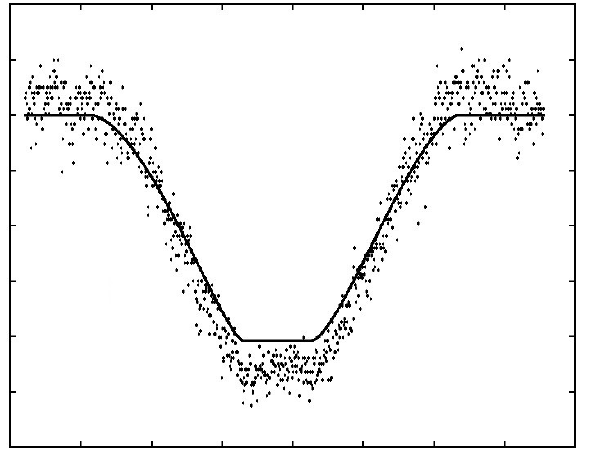 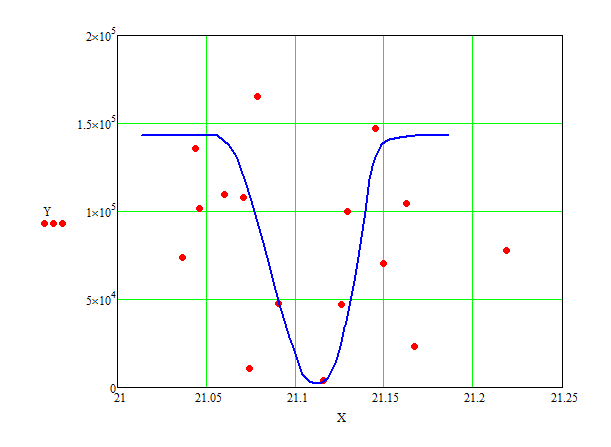 Do you mean putting the Y data on a log10 scale?

Here's one possibility. The data has so much error you are unlikely to get a curve that looks like what you want though. The fitted parameters will be pretty much meaningless too.

Thank you. Whether and there are any ideas how to correct your model on a case of transition to a decimal logarithm?

Do you mean putting the Y data on a log10 scale?

Could you please explain what technique you used to set the approximating function and selection of the coefficients/constants in the equation?

I'm not sure what you mean. You started with dnorm, which has two parameters. One controls the shift along the x-axis (D1) and one controls the width (D2). It seemed clear to me that two more were needed to make the curve pass through the data: one to scale the y-axis and one to offset on the y-axis. So I added D3 and D4.

With the logarithmic y-scale I forced D2 to a positive value (using |D2|) because genfit was trying to make it negative, causing the fit to fail.

Does that answer your question?

Does the term "shotgun pattern" apply?  😉