Is There a Drop Down Menu on Mathcad Prime 3.0?

Is There a Drop Down Menu on Mathcad Prime 3.0?

Is there a drop down menu on mathcad prime 3.0? We are updating our Mathcad files from Mathcad 15 to Mathcad Prime 3.0 but we are having some issues with the drop down menus.

Also, the regular mathcad (i.e. Mathcad 15) switched to Mathcad Prime now? or are they two different programs with different options?

Thank you in advance.

No, Prime does not support scripted components or Webcontrols.

I haven't yet heard any plans from PTC to (re)implement them.

I think Prime was meant as a replacement for Mathcad 15 but it looks to me that PTC had underestimated the effort necessary. And what we see now looks like in an act of desperation they decided to replace engineering by marketing ((c) Andy, if I remember correct). At the time being (and I fear there will not be that much difference when Prime 4 is out) Prime is a highly unfinished product, lacks alot of features compared to Mathcad 15 and is, in my opinion, a hassle to use - the new user interface is inferiour and slows down workflow significantly.

At the time being - if you buy Prime you get Mathcad 15 for free (in reality it is just the opposite) and I think this will apply to Prime 4, too.

IMHO its far too soon to make the step from MC15 to Prime and some here doubt that it will ever be worthwhile and are already looking for alternatives. Sad story!

So to answer your question - Prime and MC are two different programs with very much the sam Math kernel. At the time they are both supported and maintained by PTC but MC is going to die sooner or later (and most of us hope that it will be at least later).

Werner, have a look at a roadmap which was posted in 2011. 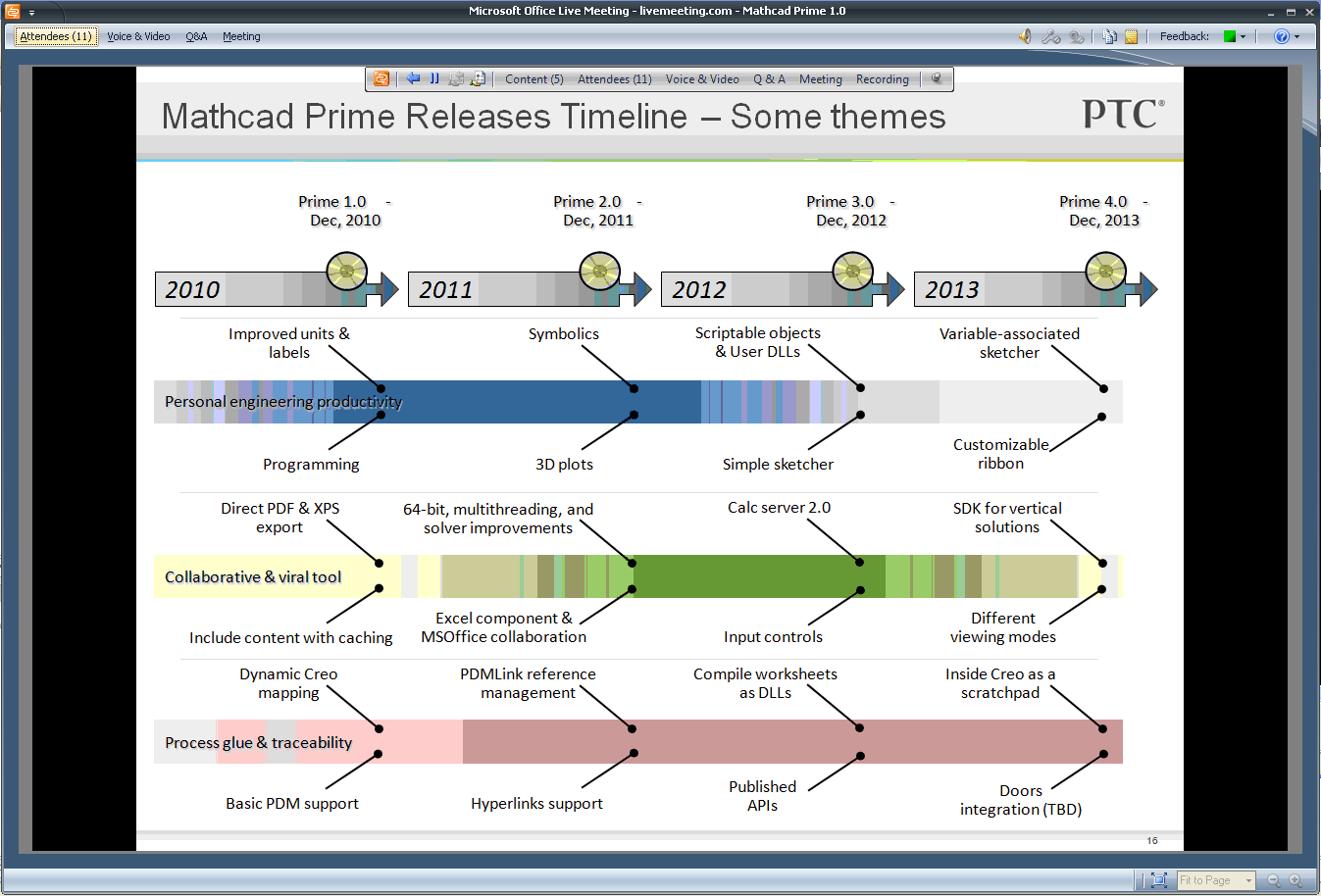 That shows how much Prime has fallen behind schedule.

Here is the latest roadmap in the attached presentation.

They learned from the past - timeline ends at the end of this year, no exact predictions what features futures we have to expect in future versions. Just a vague collection of todos on the last but one page. Not sure how "Scripting" is planned to be put into practice. Nothing read about a resonable cut and paste (not just bitmaps!).

Given how already existing "features" are implemented and put into place doesn't give me any hope that things will go much better.

Concerning Mathcad 15 its to hope that it will survive 2014 and the question is - is making the software compatible with a new operating system a "feature" (which will not be implemented in MC) or a "customer-reported issue"?

That is a good point and a question for someone from PTC to answer I think.