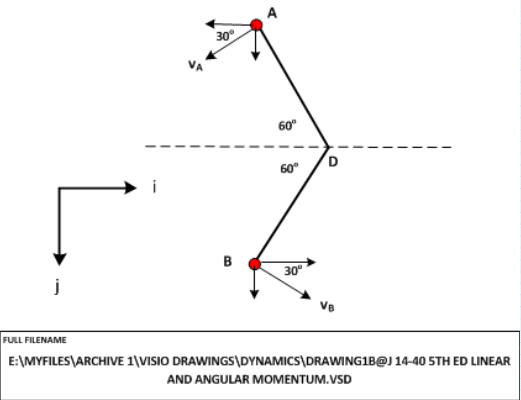 This worksheet looks at three small spheres of equal mass that are connected to a small ring by three inextensible, inelastic cods of equal length and equal space. The spheres can slide freely on a frictionless horizontal surface and rotate at a linear velocity when the cord CD breaks. After the two cords become taught again, this worksheet determines the speed of the ring, the relative speed at which spheres A and B rotate about D, and the fraction of the energy in the original system which is lost when AD and BD become taught. To begin, the worksheet presents you with several diagrams of the relevant system and notes that there are no external forces or moments acting on the system and that linear and angular momentum are conserved just after CD breaks until the system reaches a new equilibrium state.

This worksheet provides you with images, formulas, calculations, notation, and solutions to aid you with your own calculations.