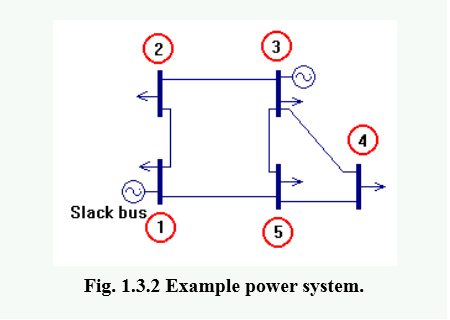 Describing the Network for a Five-bus Power System

This worksheet using PTC Mathcad shows you how to describe the network for a five-bus power system, using a matrix containing the transmitting and receiving bus numbers, the series impedance, and shunt admittance.  You can also capture shunt data and bus data in matrices. To begin, you are shown how to enter data in an array series and the data of the shunt equipment in another array. Shunt elements may represent reactive power compensation at certain system buses.  In this case, the reactance of the corresponding compensation device (capacitor or inductor) is calculated and its admittance can be entered in an array. You are also shown how to enter the bus data.

After that you are shown how to define auxiliary arrays, calculate the net power injections at each bus, initialize the voltage and angle vectors, and initialize the bus matrix. This worksheet shows you how to form the bus matrix and the Jacobian matrix. You are then shown how to iteratively solve for voltage and phased until convergence is reached along with line losses.

Solving for the load flow entails:

All data, notation, calculations, formulas, solutions, and images are provided to aid you in your own calculations.

Newbie
(in response to TudorMarin)