Show how to concatenate two arrays in your language. 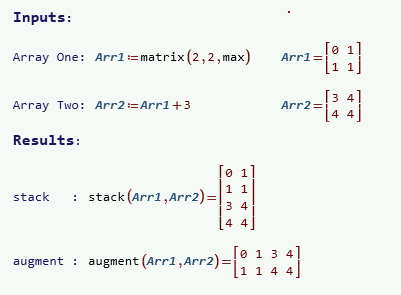 There are also other tasks 🤔: https://rosettacode.org/wiki/Rosetta_Code


There are also other tasks 🤔: https://rosettacode.org/wiki/Rosetta_Code

I have a number of solutions to other problems waiting in the wings, but, sadly, rather than being a Belbin Completer-Finisher,  I'm a confirmed Starter-"Ooh! Shiny!"er.   I vaguely recall being categorized as a Plant during team training sessions (probably blue-green algae ...).

Indeed, I have two Rosetta Express worksheets currently being developed on two laptops.   I solved both of them in a few lines, but then the Good Idea Fairy paid a visit and I have monstrosities on my hands that I've completely lost track of.  😕

As the group famous for having an astrophysicist playing lead guitar might have sung... It started out so well. 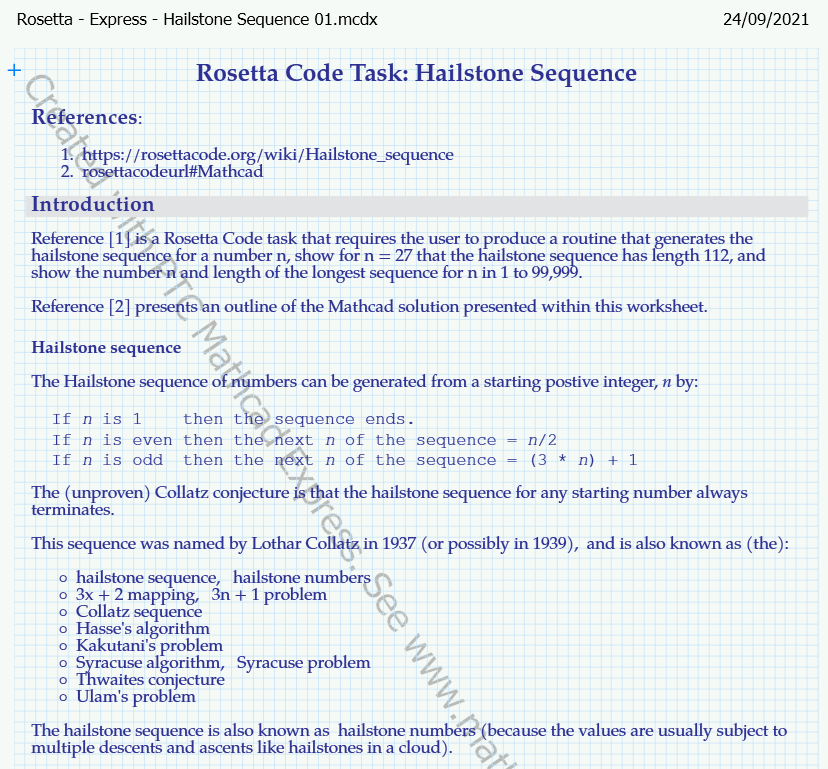 But then I got offended by the solution's simplicity, so ... 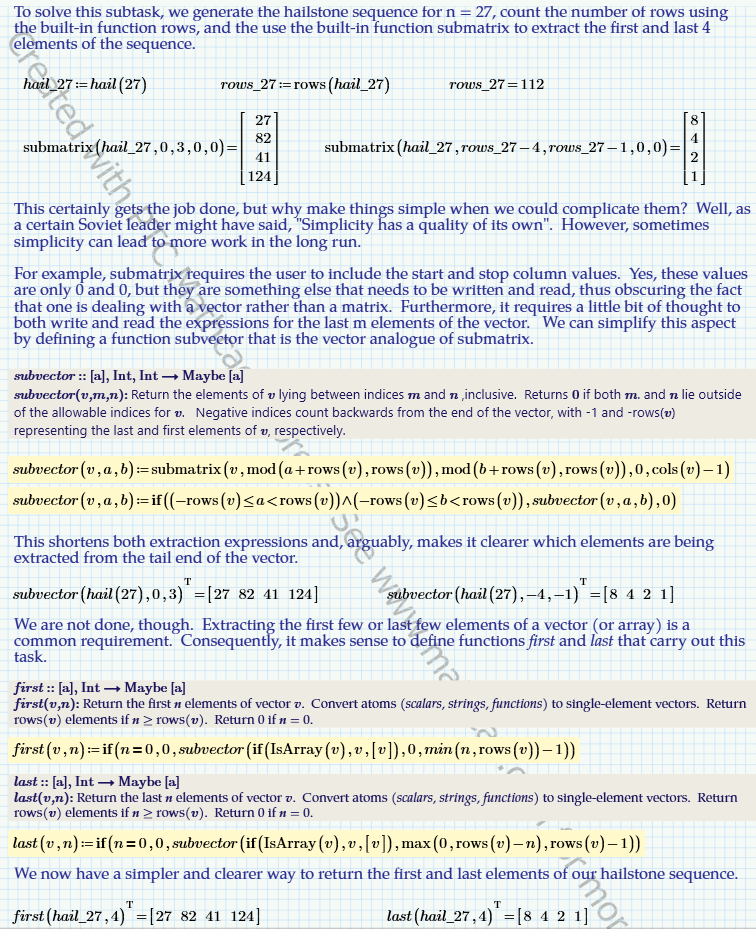 By the time I reached page 11 ... well, I'm sure I knew at the time what I wanted to do, but in all the excitement, I've kind of lost track of what it was.

What I do know is that I grabbed some of the text from another Rosetta task I've got burbling away in the background.   I've solved it, and it's within a gnat's whisker of actually being complete, but I think it needs a rewrite to make it less amateurish looking (than normal).   The compression code I developed above is different from that used in the 'Collapsible' task, because the latter only needed to deal with short strings, whilst whatever I needed it for in the Hailstone task (and a string justification worksheet I've got on the go) had to handle arbitrary-length strings.  I used an undocumented but incredibly useful feature to get around Mathcad's recursion depth limit.   (I also muttered many oaths and imprecations in the general direction of whoever removed partial application from Prime, as an even more general solution would otherwise have been so, so simple to create ...) 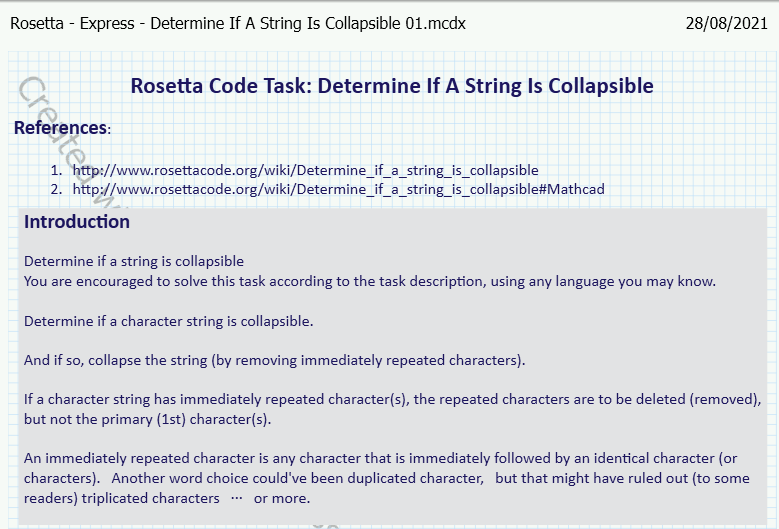