I found a mistaken entered value in a long document/set of equations. If I change the value of my defined variable, can I then track or identify what else has changed throughout the document.

2) I can "find" the variable to see where it is entered in subsequent changes BUT the variable is renamed later several times and I want to make sure I see any changes in those values (example: Let's say my variable is called A. Later in the doc i say 45AAA=A and 64AA=A and maybe 79ABA=64AA)

I'm trying to highlight any changes without comparing both 64 page docs side by side.

Don't think that Mathcad provides any means to do this.

Two possible procedures come to my mind, while as for the first I'm not sure it can be done and if, I would not be able to do so. I'm assuming we are talking about real Mathcad, that is Version 15 or below.

1) Use a scripted component and a script, which reads the XML structure of the worksheet and scans each region for the variable in question and keeps track of the renamings and other dependancies. This script could, I guess, highlight every region which is affected by a change of that variable. If thats possible at all it sure would be a lot of programming work

2) As you wrote about comparing two documents. You could convert both documents (only change is the value of a single variable, I guess) into a pdf-file by using Adobe Destiller or a free alternative like PDFCreator or CutePDF, etc. Then you could use Acrobat (or another viewer capable of comparing pdfs) to compare the two files and highlight the differences. Not sure if the free Adobe Reader would do this, too.

Using the right programs for doing the file compare (you will find a lot by searching the net) this method could work for files exported in HTML or RTF format (which Mathcad can do on its own), too.

BTW, you will have to use tricks to be able to utilize variable names beginning with digits.

I have Acrobat Pro and I use it to compare drawings/revisions once in a while. Heck, the original version is already pdf'd I just need to pdf the modified ("fixed") version then compare!!

About "BTW". Yeah, that was a bad example, I actually name the variables' subscripts after each section of the report like S.a or S.c_iii. It works for the way we are reporting data so that our customer can refer back to each variable. That is, the variable name inherently points you back to the section explaining the criteria for that particular value. But I digress..

Thank you, that was very helpful.

You can compare your worksheets by using "Tools" -> "Compare Worksheets": 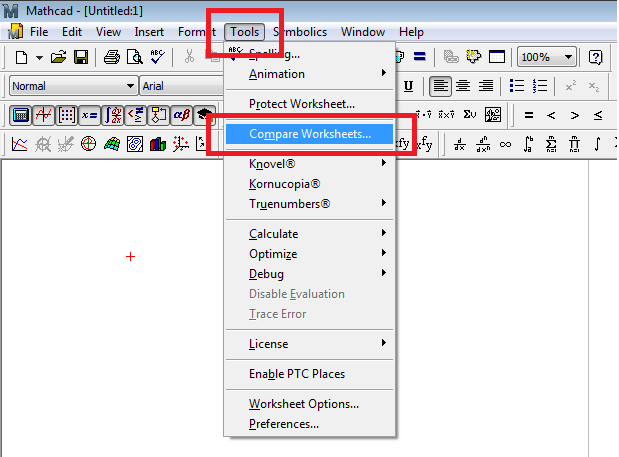 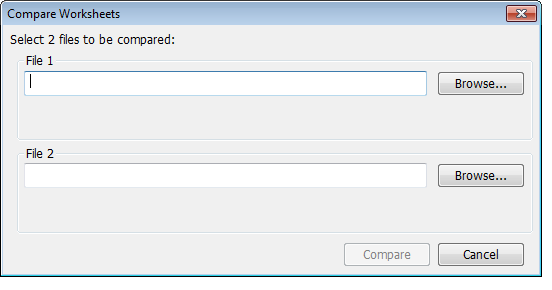