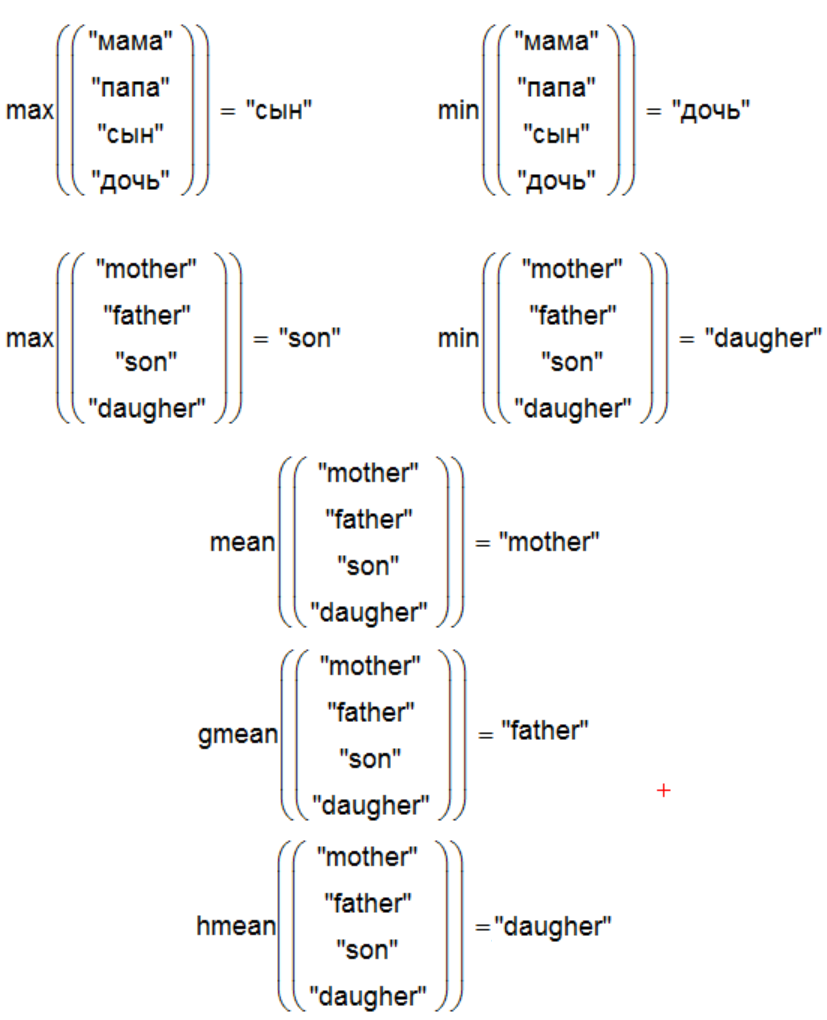 I just tried mean, etc, in Mathcad 15 and Prime 3.0 and I got an error message in both cases. This is as it should be, because the help clearly states "The arithmetic mean accepts complex and negative values, while the geometric and harmonic means accepts only positive real numbers."

You didn't tell us which version of Mathcad or Prime you had used.

So either its a newly introduced bug in Prime 3.1 (in case you used that version) or you had used your own, user-defined functions for the various means.

Another explanation could be that you confused the first of May with April Fools' Day and your "strings" are special variable names containing the appropriate numbers 😉 But I guess this is not the case this time - we would see a number 1 on the RHS if you did it that way. On the other hand - if that were a serious question you probably would have posted the worksheet and not just a pic.

Judging from Valerys pic he was using good old Mathcad 15 and it seems that the various built-in mean functions don't accept string arguments.

So I guess its one more of his jokes/puzzles or whatever you may call it. Maybe using a user written mean function overriding the built-in ones.