Imagine that you open a physics textbook and see the formula m a = k F, with the explanation that this is a mathematical representation of Newton's second law, where m is mass, a is acceleration, F is force, and k is the universal force constant... You, of course, would be surprised and say that there should not be any letter k in this formula. But you would be answered in the sense that the constant k serves to translate the force expressed in kilograms-force (an auxiliary force unit) into newtons (the base force unit). People have long been accustomed to expressing force in kilograms-force (kgf), and not in some “incomprehensible” newtons (N). That is why this formula contains the value k, called a universal force constant. Force can be expressed in other common units—in dynes, in pounds-force, and so on. But all of them would first have to be converted into kilograms-forces, and only then inserted into the formula m a = k F. Read please more ib attach.

What can you say about it?

On picture for thinking: 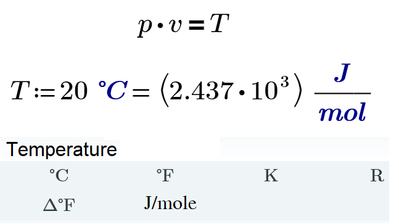 Interesting, but (for those of us who learned it differently) confusing.

Let's deal with Newton's Law first.  In its "pure" form F = m a , where force equals mass times acceleration.  The introduction of k as a "universal constant" is wrong because k will change with unit definitions.  The "english" unit system uses several, but most used (at least by me) is a pound of force, lbf, which is the weight of a pound mass in earth's gravity.  So k is merely a "unit conversion constant," so prevalent in the old engineering texts and so confusing to new Mathcad users (since Mathcad checks and automates unit conversions.)

Now for the gas law things aren't quite the same.  p v = T is the gas law except that v is a material property, the molar volume.

When I learned the gas law it was  p = r R T. where R is a constant that depends on the gas mole weight and is not the universal gas constant,

There is another formula for molar volume:

Here R is the universal gas constant, so your equation needs a universal constant 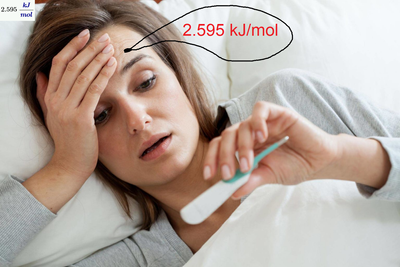