Drafting and order of features.

Drafting and order of features.

I am familiar with parting lines and pull directions for molded or cast parts, but I have not had a lot of experience designing parts with draft. I have an initial concept of a part shown in the pictures. My two thoughts for the parting line would be either the top of the cylinder near the four tabs or where the slot at the bottom of the part intersects the cylinder. There is some geometry in the bottom of the slot shown in the second picture.

Besides the parting line question, I am also wondering about the order of operation. Typically rounds/radii go towards the end of the part. What about draft? Do you get a concept done similar to what I have and then add draft, or is it added up stream. This is a fairly simple part, so if it needs to be upstream, I can easily recreate the part if needed.

Thanks for suggestions and ideas, 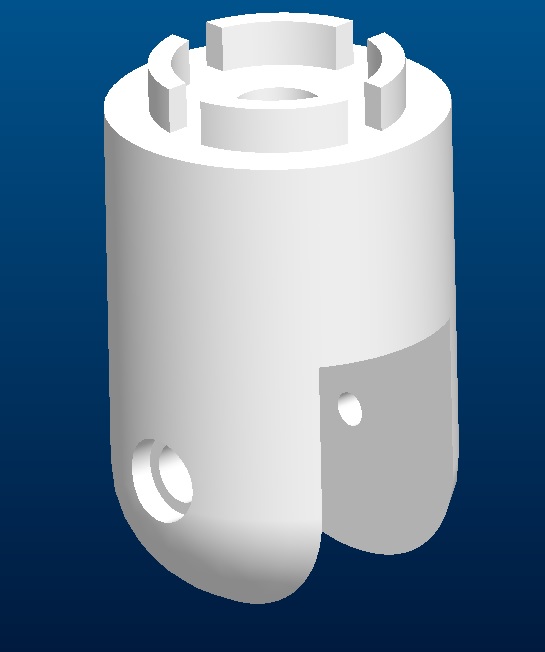 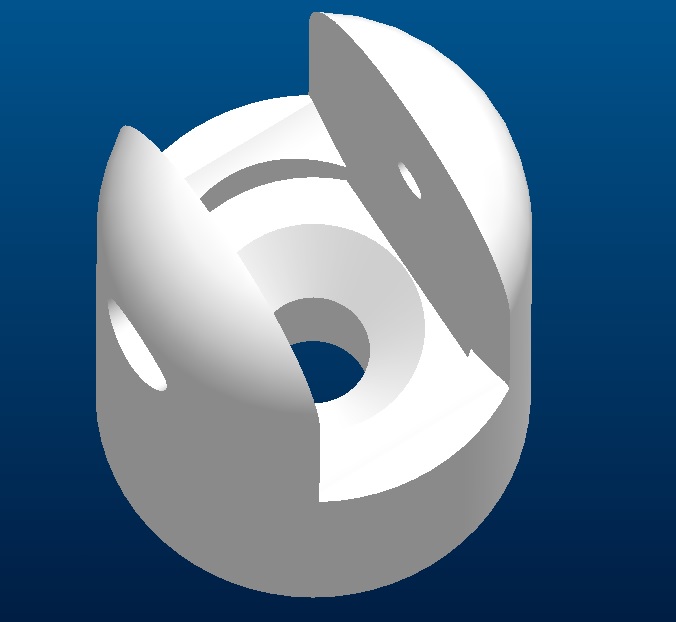 This is a common question for many working with molded parts.

The simple one to answer is the drafts and chamfers. Add them after drafts. All too often a feature will fail from an arbitrary round before draft.

As to parting line, this is usually driven by the design intent. With some license... I would consider the flat face on the 1st image to be the logical parting line providing flash at the assumed mating interface, in this case. Also remember to logically direction of pull for the center bore which I would probably keep with the countersink feature.

Only a few design intents would change my perspective. If the cylinder and 4 tabs were a critical mating feature, and a fillet or chamfer on that edge was desired or even critical. I would be aware that flash at the transition would be clearly visible, or would require post mold operation.

As to when to apply the draft; rarely do people think draft while modeling and they spend a lot of time after the fact to apply it. I don't know if the "dome" is sculpted or a simple round, but features like this can really slow you down when adding draft. I will do both but I like to work on primary features with draft already defined. Some things just don't lend themselves to doing this simply so those I might feature straight, consider the tooling, and add drafts at that point (before I am too committed with more dependent feature).

The main cylinder with the dome was a revolve. I went back and added angle to the outer edge of the revolve to get "draft" for the cylinder.

The center pocket so far I was able to use the draft tool. (Actually I tried this after not getting the outside to draft - when it worked, I realized that the draft function probably did not like the transition from the cylinder to the dome.)

Any other input would appreciated.

I had rounds/fillets on the part when doing the intial concept, but blew them away on a copy when starting to add draft.

I might even extrude the slot with draft in the sketch and revolve the step next to the countersink after the cut also including the draft on the ID.

I would also to the slide feature with a revolve including the draft, rather than a simply hole.

the 4 tabs I would simply extrude with taper. I suppose the slot could be done this way too.

The tabs are anti rotation features that interact with the mating part. Another quick question from material savers standpoint. I have some leeway with them. I could make them smaller in diameter or larger. My thought is that I would put them closer to the through bolt hole and then place material saver between them and the outside serface. Any comments?

Have a look at the attached: 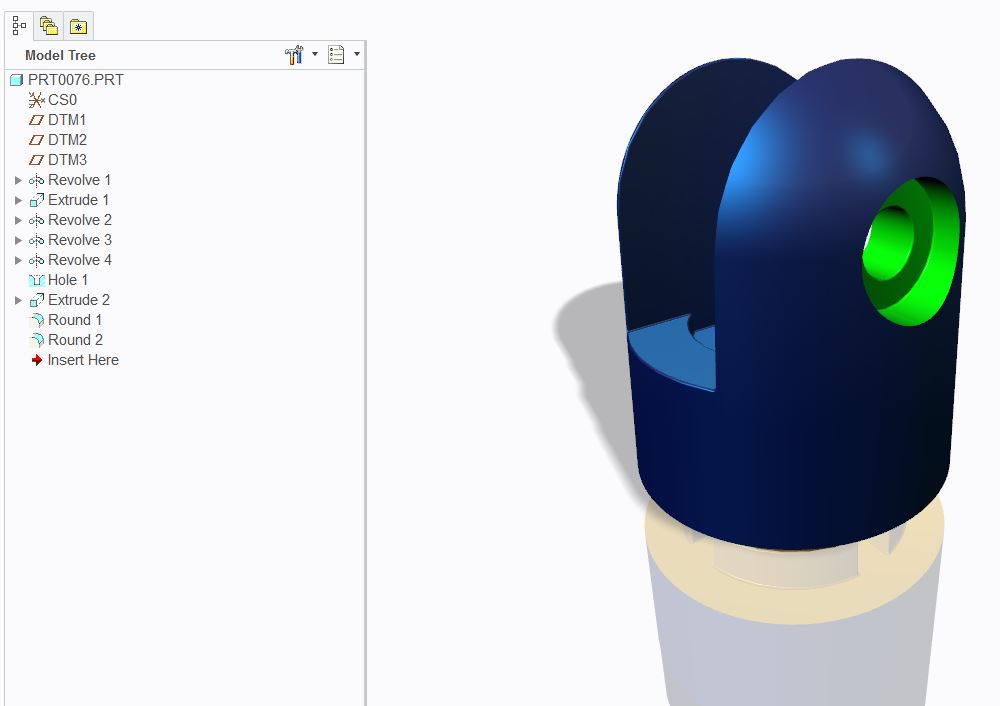 I am usually less concerned with material savers than I am with shrinkage. A constant wall thickness and 60% ribs is always a good objective.

I would not make the alignment features smaller in diameter. Larger means better location. In the center of this, you might be able to get away with some coring in the form of a recess, preferably by leaving the wall for the screw depending on the interface.

I have it, but have not coverted over yet.

I'll take a lock at is shortly on another machine (so I don't get them confused).

Just curious why you add the step back into the slot versus remove the material? Any adherent benefits of adding material versus taking away?