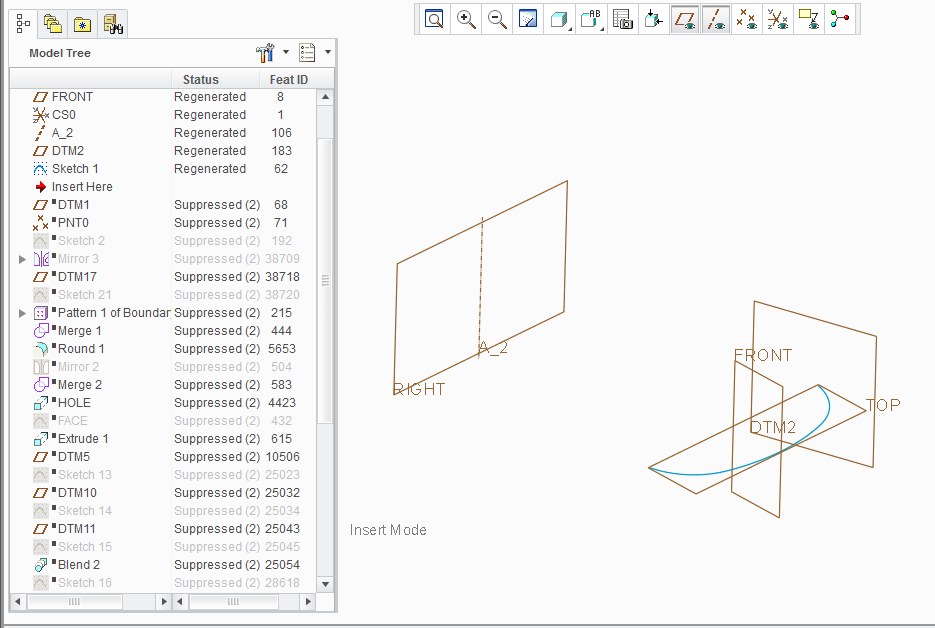 2. Create a vertical sketch representing the outer edge of the pumpkin on the 18-degrees plane. The end should touch the end of the earlier created horizontal line. 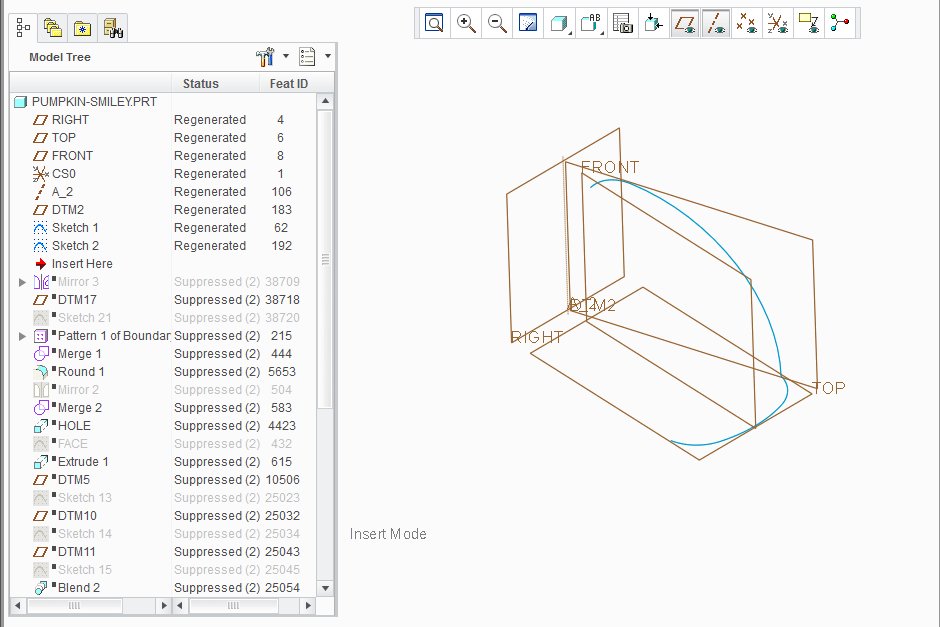 3. Mirror the vertical sketch on the front-plane. Close the loop by adding another horizontal plane and sketch touching the top-ends of the vertical lines. 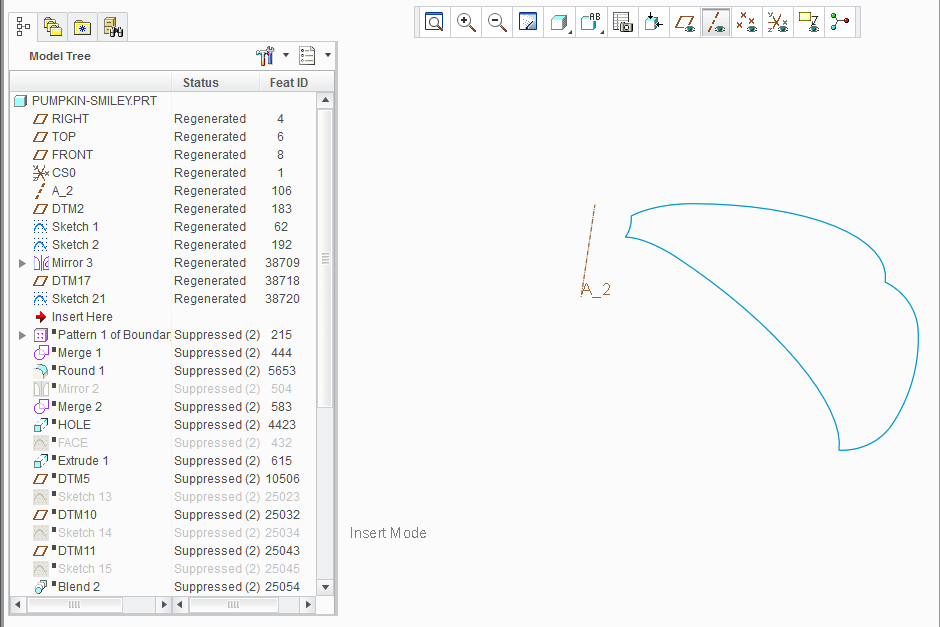 4. Create a boundary blend and make sure the lower horizontal line is tangent to the plane it was created on. 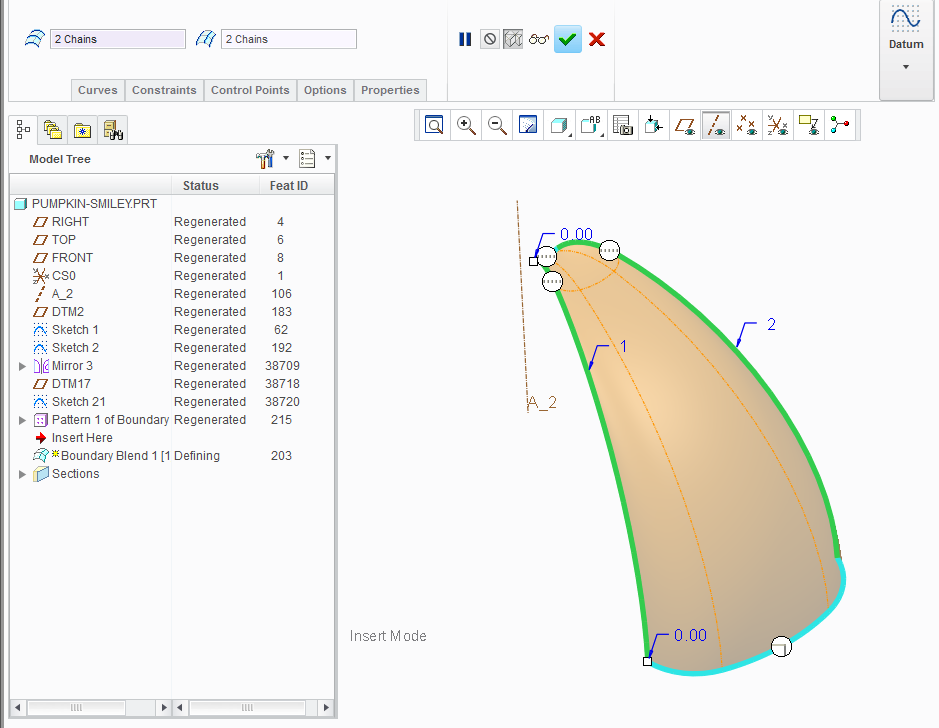 5. Pattern the boundary blend 10x around the center axis (divided by 360 degrees) 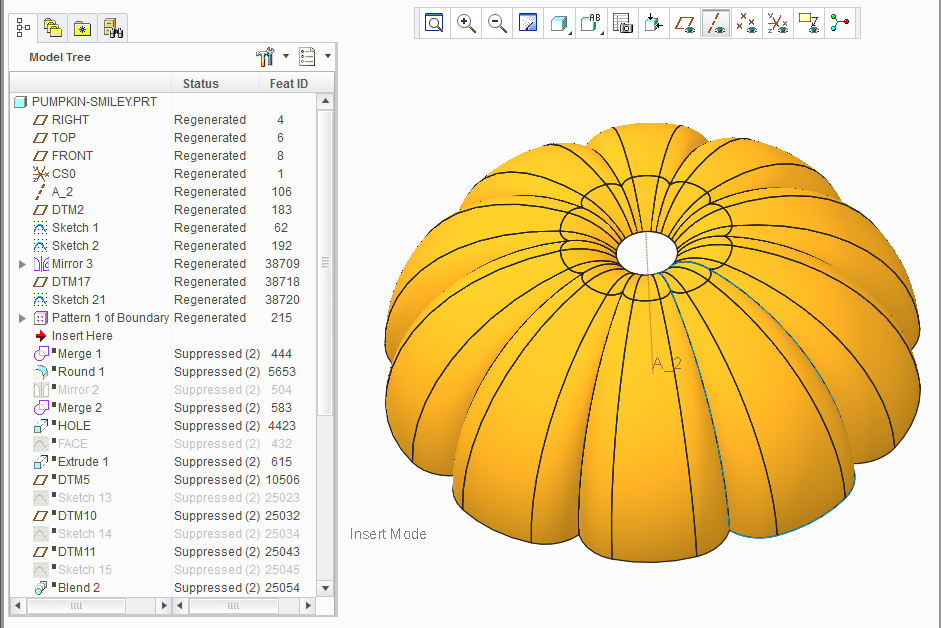 6. Merge the quilts, and rounds and mirror the whole around the top plane and merge again. 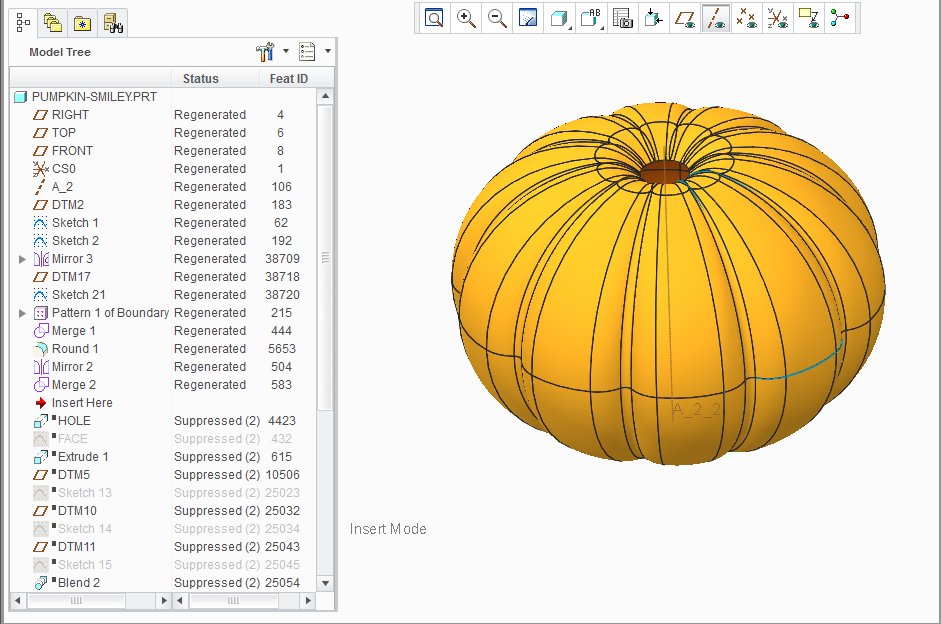 7. Add a hole in the bottom surface for the tea-light, by extruding a cut on the top-plane 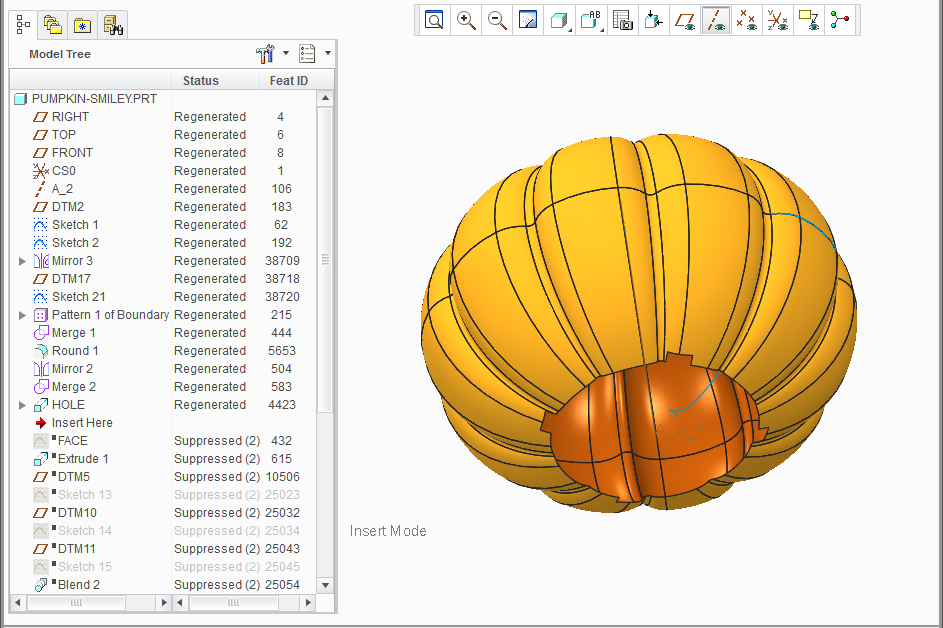 8. Create an extrude on the front plane of the cut-out face. In this case a “smiley” I imported in sketcher from a dxf file I created earlier with Adobe Illustrator using an image downloaded from google images. 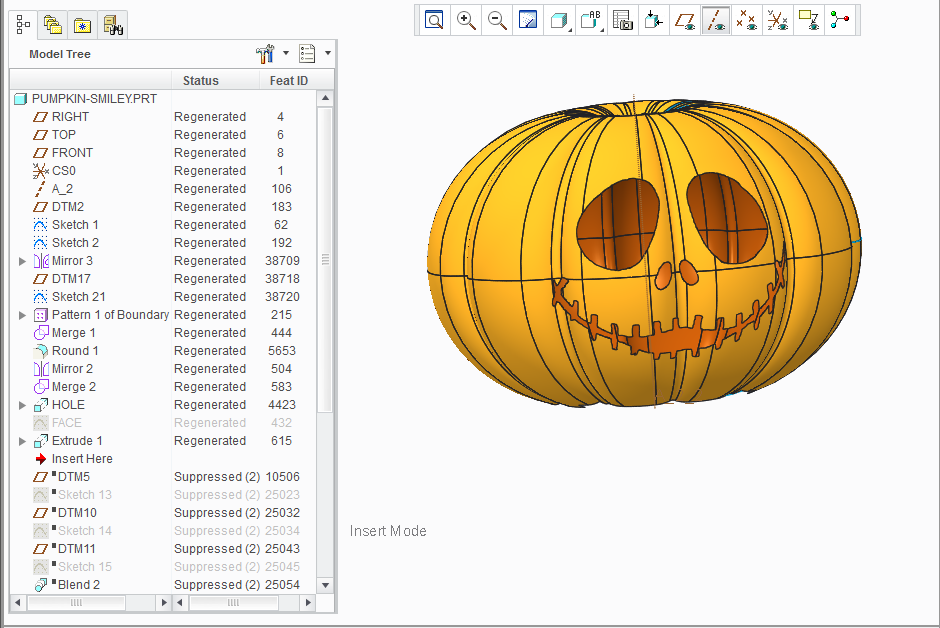 9. Create three copies of the same sketch on slightly different offsets from the top-plane which will become the pumpkin-stem-base. 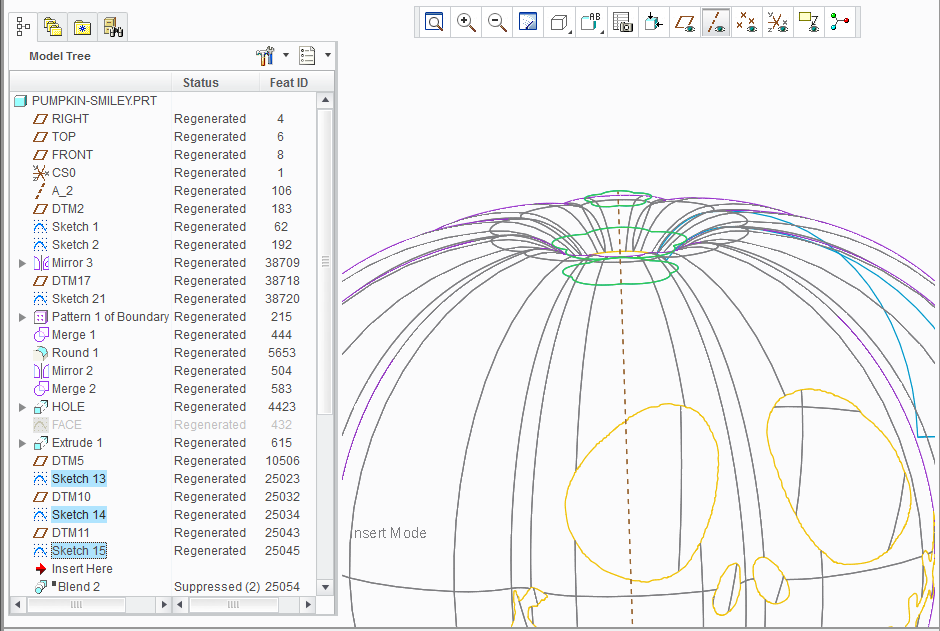 10. Use these sketches to create a solid blend 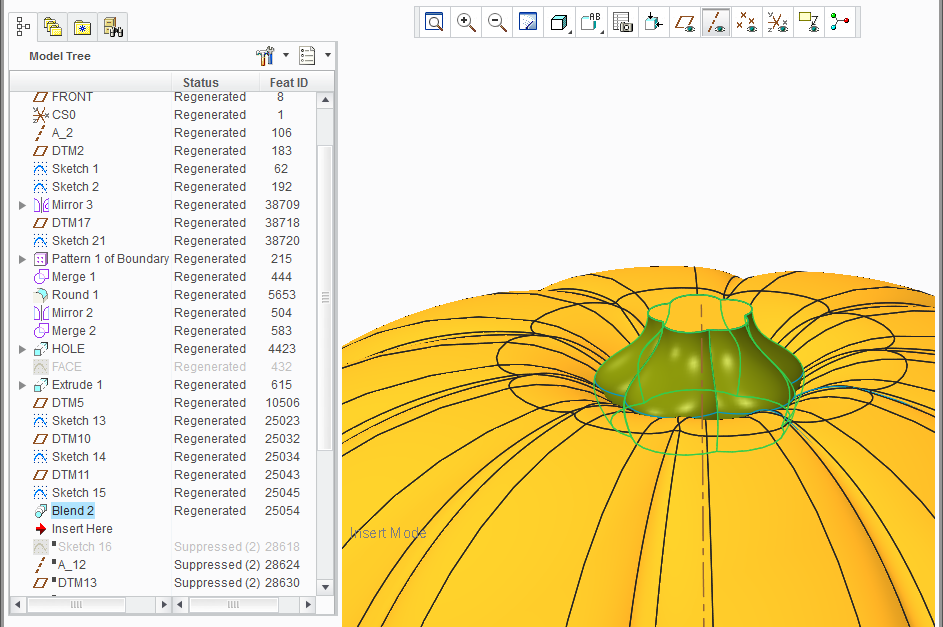 11. Create a curved line, or several  lines on top of the stem-base by first creating new planes under different angles. 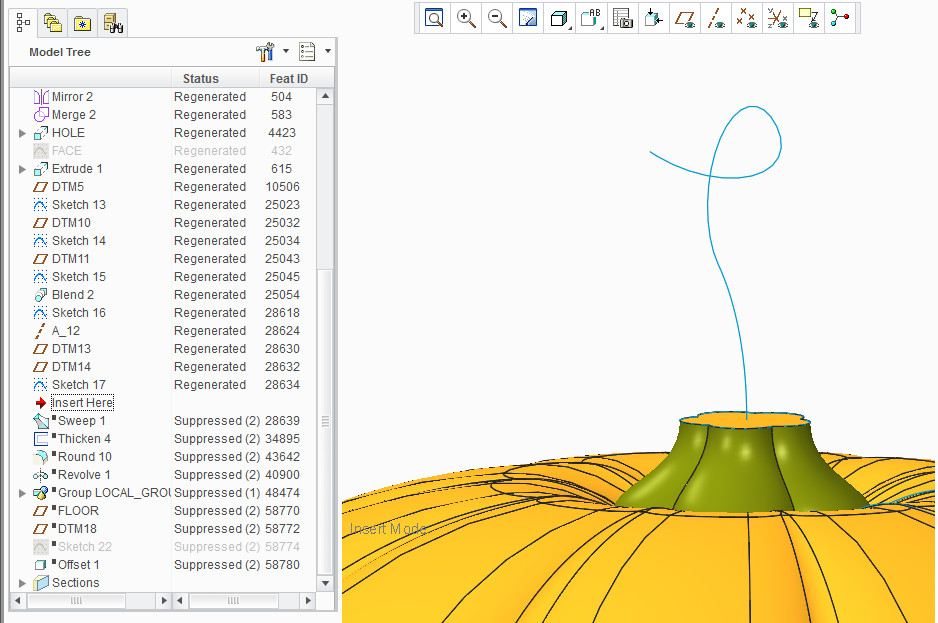 12. create a solid sweep using the same sketch as the top of the stem-base. I used a trajpar relation in the sketcher to have the stem diameter become smaller to the end of the trajectory. 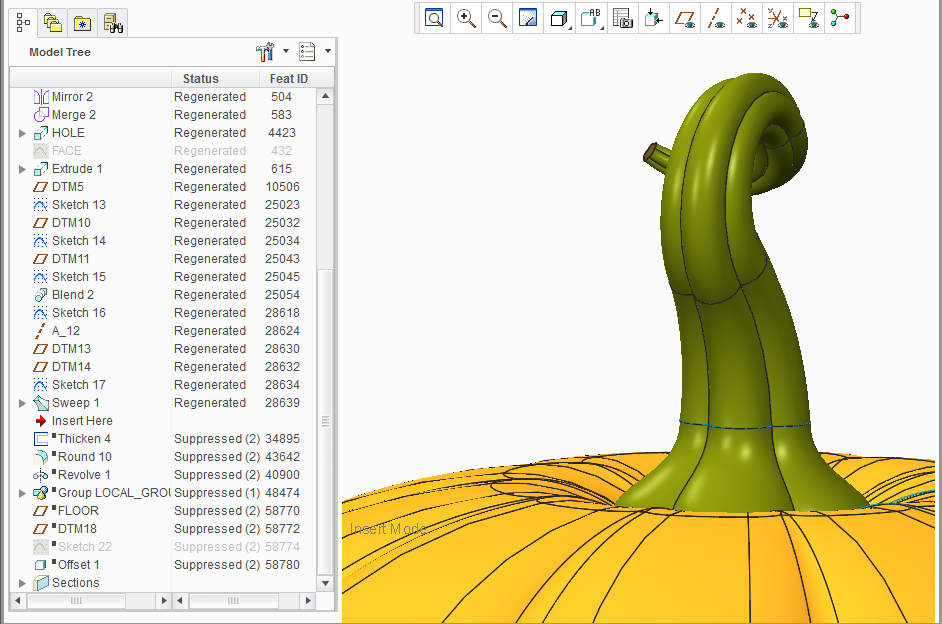 13. Thicken the surface model and add rounds between the stem and pumpkin. 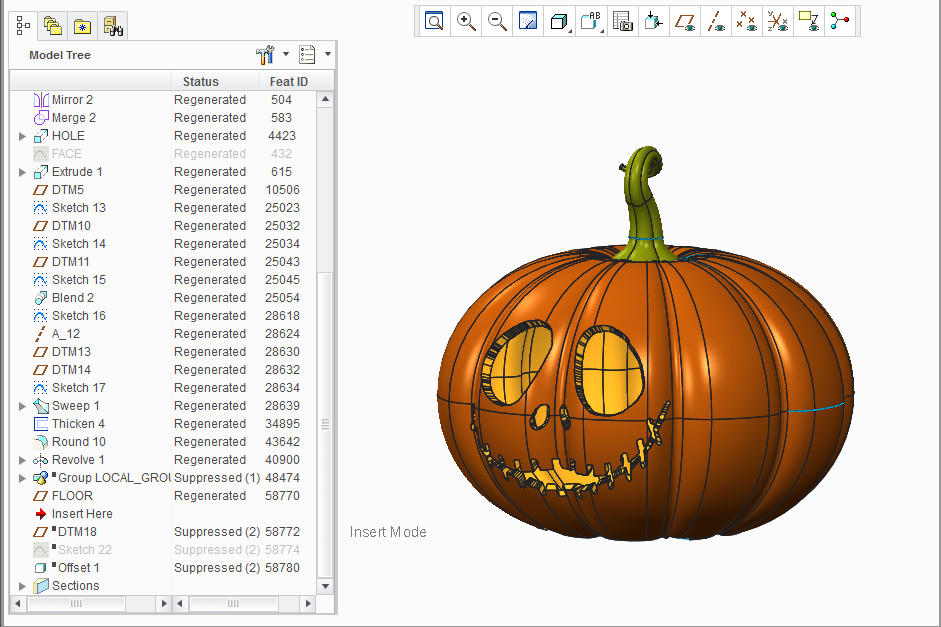 You can finish the model by adding some nice appearance colors and by hiding the sketch lines.

ryankelley
Newbie
(in response to bp)

Re: How-to model a 3D Jack O' Lantern in CREO

Awsome tutorial BJ, thanks for sharing! Hopefully this resource provides others with some guidance on how to create their own jack-o-lantern.