See attachment. I have some surface copies that I need to be able to make independent to break the dependencies so that I can check the files into windchill.

I don't care if the surfaces get frozen and aren't linked to anything anymore.

Quite a few more steps than opening the reference viewer and and RMB->Break Dependency, but it gets the job done.

In Reference viewer switch to show Dependencies instead of References and now you should can do Break Dependency with right click on dependencies arrows.

See attached. I don't see a Break Dependency option. Why would this not show up?

TomU
Emerald I
(in response to VitomirDjoric)

Felco Solutions has put out a nice video on breaking external references for copied surfaces.  Unfortunately I don't think this functionality exists until Creo 4.0. 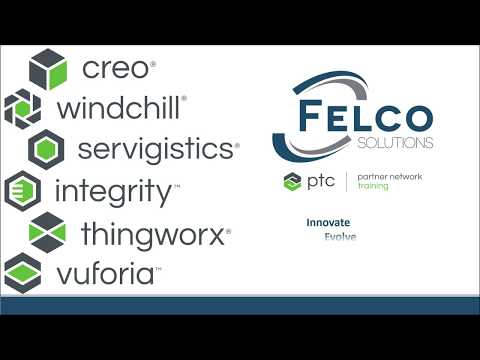 What I ended up doing, because this problem has plagued me for months now, is if for some reason I cant break the dependency in the reference viewer I use the Auto Resolve Incomplete Objects, Update with Object on Server, else ignore option in Windchill. It got the file into Windchill without adding ghost objects or giving me a failed upload error in creo.

In my almost decade of using Inventor and Solidworks, I never was not able to break a dependency/external references, the only consequence was that the geometry was then frozen and became a static feature. It worked exactly like how PTC sometimes does when the Break Dependency option is available.

Seems to me that PTC needs to make it so that RMB menu always has the Break Dependency option in the reference view like the similar functionality of their competitors. That would make life incredibly more easy.

Man, that's funny.  I know JD Felkins from WAAAAY back in Cleveland OH when we worked together.  I'll have to ping him and bust his b@llz a little.

Quite a few more steps than opening the reference viewer and and RMB->Break Dependency, but it gets the job done.

You can copy features from the Assembly window into another part within the assembly window, this will kill the dependency. or copy and save into a stp or iges...

It is not so convenient as the options available on creo 4.0 and upwards.