Hi all, does anyone else agree with me that the N-sided surface feature is a little gem that deserves more respect? It is buried so deep in the software that most new users as well as more experienced users don't even realise it exists. I am finding more & more instances where this feature can be used & it produces some truly outstanding surfaces. It is such a shame that it is hidden from view, that it is not readily accessible in the UI like other features such as Boundary Blend or Sweep. It is also a shame that PTC cannot bring this feature into the 21st century as they have done with other features, bring the UI in line with the rest of the software, give it a face lift as it were. It would be great if they could enhance the feature too. To be able to change the resultant surface a little by being able to move the central point where all surfaces converge would be awesome. Come on PTC, breath some life into this wonderful feature, give it the respect it deserves, don't continue to hide it away, let new users experience the many uses for this feature, I don't think they would be disappointed.

Ok so you sparked my interest.  Were is this located?  Are you speaking of the sketcher pallet use for 2D sketching and doing a fill surface? 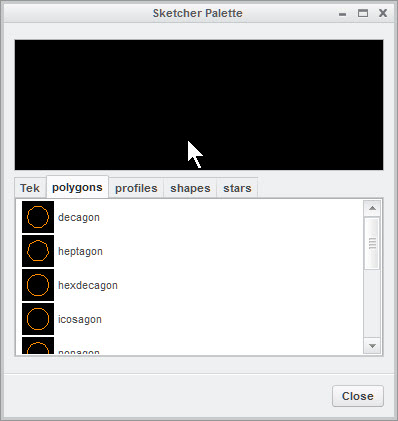 John.Pryal
Amethyst
(in response to rrich-2)

Hi Ron, the only way i know to access the the feature is through the 'command search', see the image below. I have customized my UI, creating a new tab called 'advanced surface features'. I have added the feature to this tab so i can access it without having to search for it each time (see bottom image). 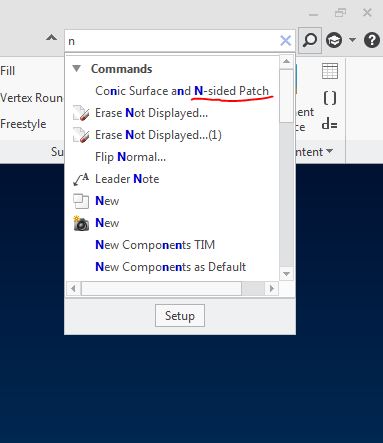 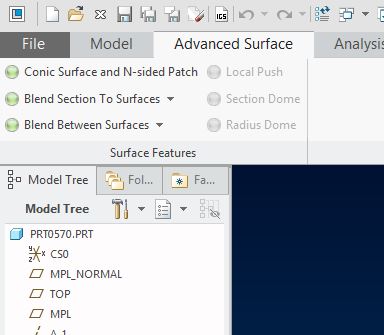 Not in my search . 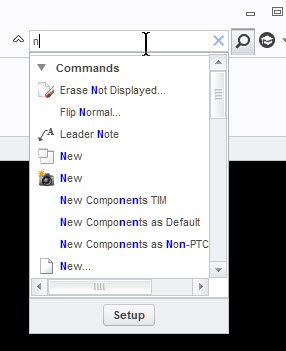 I set my config to allow_anatomic_features to yes and this still does not show up.   But now that you mention it there were some other things under that menu that are no longer there.

I use to use freeform (or something like that) to push pull and twist surfaces with node points.  What version creo are you using?  Mine is Creo 3 M090.

Maybe it's an option only for an add on license?? I have a proe_engineer III license.

John.Pryal
Amethyst
(in response to rrich-2)

Strange!! I forgot to mention the config option, but you seem to have figured that much out. I am using Creo 3 M100 & have Creo 4 installed too. I have been using Creo 4 a little just recently, i just tried the command search there & it found it no problem. I just read what Stephen wrote, i only have a standard Creo license, no bells & whistles here. I do have a couple of add ons, but rarely use them, advanced assembly set & tool design set.

rrich-2
Newbie
(in response to StephenWilliams)

I have same PROE_Engineer III.  I also have advanced surfacing.  I did find Radius Dome, Local Push and Section Dome as part of the anatomical feature set.  Local push is what I was looking for in my previous post where I called it freeform.

Apparently i have a proe_foundationadv license, i wonder if that makes a difference? That would be a shame!

It must be that, we have different licenses. Penny pinching ptc!!! That is a shame. 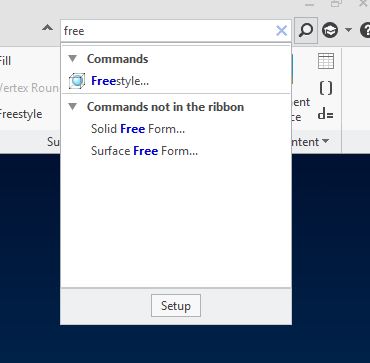 I definitely do not have a cheap seat there must be something else.  Those Free Form items are not in my search either.   Here is my complete module list. 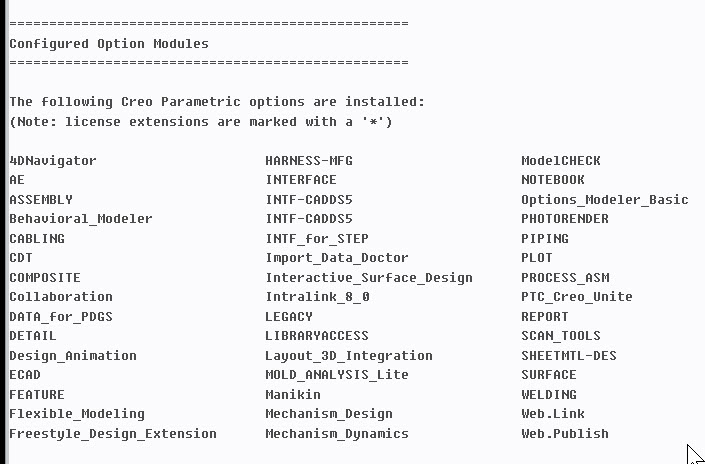