Waking the Dead... and Unfurling a New Rug...

Waking the Dead... and Unfurling a New Rug...

Once upon a time, back when PTC was still Parametric Technology Corporation, the company had only one product- Pro/ENGINEER. It looked like this... 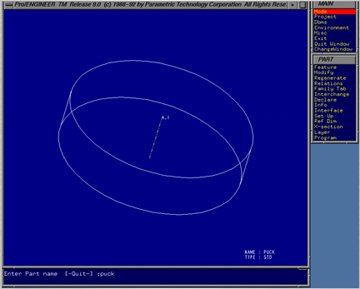 Back in those days, users who wanted to learn more about the software had few options. They could read the printed user manuals or fiddle with the software until they figured it out. Eventually these pioneers of the parametric modeling frontier formed small groups. They'd meet in libraries, schools, local pubs, or other small venues to discuss modeling techniques, share tips and tricks, socialize, and learn from each other. This was the way Pro/ENGINEER User Groups formed and grew into dozens of larger Regional User Groups (or "RUGs").

RUGs sought to deliver on a core mission: Gather people. Share knowledge. Benefit the user community. For years, they thrived... but now they're on a definite (and rather steep) decline. So what happened?

In my opinion, it comes down to a simple truth that many of the groups strayed from their core mission. Over time, many RUGs simply disappeared. While we can debate the reasons why this happened, identifying the problem surely does nothing to solve it.  We need new leaders, industry support, and community involvement to start new groups committed to sharing knowledge and serving those who use PTC software.  Not to mention, we need a whole lot less of the indifference, condescension, and apathy that killed off many RUGs.

While I realize that vibrant, active, and thriving RUGs still exist, they're getting tough to find. If anyone takes exception to this assertion, I challenge you to search for them. You'll find under two dozen active groups in the entire United States. Conversely, performing a similar search of SolidWorks User Groups turns up almost as many (18) just within 100 miles of my house. I'd have to drive for over 250 miles to reach the nearest active Pro/ENGINEER RUG. This is unacceptable!

So what are we going to do about it?  Well... I'm just one guy but I'm rather tired of not having a user group. The last two in this region (Maryland/DC/Southern PA) went completely defunct a few years ago. So, I'm just going to start a new one! After kicking around name ideas for several days, I just decided to go with CPUG (for Chesapeake Regional PTC Users Group). I'll be sending out individual invitations to every company in the area and every individual contact I have. Our first meeting will be Fall 2012 (location to be announced).

I'm confident a new RUG can be successful if it stays true to the core mission of sharing knowledge and providing a benefit to PTC customers and individual users. With luck and the helpful support of others in the region, we'll do just that.

To join the CPUG group, follow this LINK and join.

JoshH
Visitor
(in response to BrianMartin)

I think I just had a flashback seeing that blue screen!

A darkened CAD room with 4 computers, the smell of old coffee and waiting for the guy behind me to throw his mouse...again.  Ahh, the good 'ol days!

That's almost exactly the way it was for me, too. Except for me the good ol' days also included:

Come to think of it, in the good old days I spent a good bit of time goofing off. It seems I was also a bit of a jerk kid

. But in my defense, the CLOCK was always running! What else was I supposed to do for 25 minutes while I waited for a regeneration!?

By the way... sorry Kevin for microwaving your rubber toy until it melted... and then putting it back on your desk to cool into a puddle of rubber goo.

Maybe that's why work used to be so much fun! Hmm... seems like I owe apology letters to quite a few people though!

DanMarotta
Newbie
(in response to BrianMartin)

I started to compile a list of regional groups that identified themselves on PlanetPTC; Regional User Groups.

For everyone else, if you also create a regional user group here on PlanetPTC, feel free to update the wiki to include it.

Here is another one you can add to your list:

I get more out of the SW meetings most likely because they usually meet that much more frequently. In this area, the SW meetings are in the evening (don't have to get time off with the boss and supper is usually pizza) while the Pro meeting are during the day (and up until the last time, had quite a catered lunch.

The SW meetings might have small nick-nack door prizes, while the Pro meeting have $50 gift cards that are provided by vendor tables that are set up. Just some observations of the differences.

dweich
Participant
(in response to BrianMartin)

Badgerland User Group - BUG- in Wisconsin has been active since 1995.  Contact me via the website with questions.  We have 3 meetings per year, with 80-100 members attending each time.  www.badgerug.com  Deb