Add "edit" to the Actions menu for a Promotion Request

Add "edit" to the Actions menu for a Promotion Request

Add the "Edit" ability to Promotion Request so that an author can add/remove promotion objects.

This would also be helpful if Doc Control I was added into the process as a check, they would need Edit.

Thank you for your consideration.

how you would decide who is allowed to add or remove object for promotion ?

We implemented a Promotion Process a couple of years ago and if the Approver did not approve some of the data in the request, those not approved were sent back to the requestor for further rework while the rest were promoted. We built it in business rules to avoid the situation were the assembly was OK to be promoted but the component needed some rework. Also automatically users could not add in the requests objects which could not be promoted (ie objects already at the promoted state)

I created a custom workflow that I use for numeric (pre-production) changes using the Promotion Request process. OOB, yes - perhaps not much need for edit.

I use it to not confuse users with alpha (production) changes done on a Change Request.

For my process, it would be very helpful for uses to be able to build the PR without having to do it all at one-time or start again. Same for any rework needed by Document Control review step or the Approves (CRB) review step. I can allow the objects be editable but if something needs to be added to the PR (like required Forms or other product documents) then that is not possible.

This is vital. If you do anything to customize/enhance the OOTB promotion request workflow to get more in-depth reviews and voting in there, Rework must be a possible option for the submitter but they won't be able to do that without an Edit function. 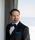 In our case we use one version of the promotion request as a last stage before it goes out for signatures and final release. It's like a last review of that information. Sometimes that information is wrong and has to be fixed. Maybe they need to add a support bracket/beam. Maybe they forgot to add all the associated documentation (Part/Models/Drawing/Documents) related to this promotion. We use the new OOTB advanced promotion request with rework so the person doesn't have to recollect everything just for minor changes, and having a rework loop in the promotion keeps better closed loop control of the objects in that process. We also get a better understanding of how long this promotion loop actually takes with a single start and end date.

In a previous workplace, we didn't use Change objects, we only used promotions as our approvals. This tends to be more common in companies new to Windchill. There isn't always the need for extra objects when you're just moving something through the lifecycle stages with simple approvals.

Adding the ability to edit the promotion would make it more flexible like the other similar objects within the system.

I would also like to add that I personally wouldn't mind revising the object to enable the edit if that's what it takes to get edit functionality. Similar to editing packages that have been locked and delivered. This would kind of eliminate the rework functionality, but it would at least keep it in the same object. Though we would prefer that it be editable anytime the promotion request can be edited based on ACLs.

I'm now at a different company, again implementing Change Management in Windchill. Here we use the Promotion Requests as a peer review (technical review) to move new or revised (In Work) items to Reviewed state. At Reviewed they have the option of revising. This allows them to create a baseline on a design idea.

We allow items that are Reviewed to be placed on a Change Request and then move onto a Change Notice. If the approvers on the PR are also required on the CR/CN then they are not needed. We allow the approvers to be anywhere within the change process (as long as it's the same Version).