At the moment it is not possible to control the size of the thumbnail shown in the details page for a 2D object (CS333752).

For a 3D object, the size of the thumbnail on the screen is controlled by the wvs.property options thumbnail.generator.width and thumbnail.generator.height with the default image size being 288 x 192 pixels.  These options also set the size of the 2D thumbnail image generated by all the workers when publishing 2D objects such as documents and images and CAD objects such as models and drawings.

You can set the properties to generate a larger thumbnail for a clearer display, but you cannot see this change in the Windchill UI for any 2D thumbnails.  In this screenshot I have set the thumbnail to be 800 x 600 pixels but it doesn't change the thumbnail size in the UI: 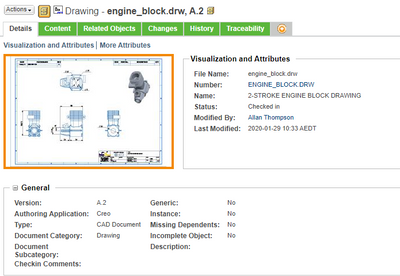 But for 3D models, the WebGL thumbnail size increases in the UI, which can often be undesirable: 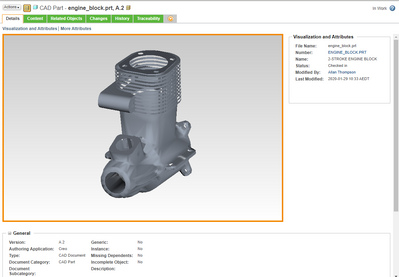 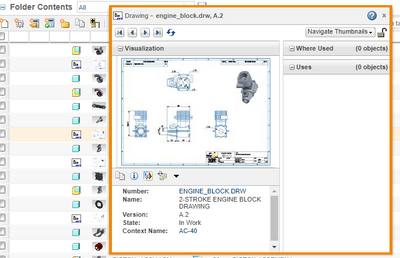 I like this Idea and I vote for it. Preference setting is more user (admin) friendly.

As workaround you can customize windchill css style in the Windchill.

Change CSS style elemets in an xtheme-windchill.css file in codebase\netmarkets\themes\windchill 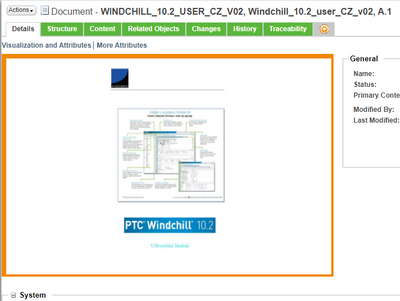