The reason was to keep Bug-Fixing as simple as possible (via monthly CPS) and release new features via Maintenance Release (Mxxx).

At the moment new versions of Windchill Workgroup Managers (WGM) will also released via CPS.

As a consequence - the effort to implement a CPS is much higher (nearly the same like a Maintenance!) as it should be.

Example: If you are using Windchill Workgroup Manager for CATIA V5 - and you plan to install the latest CPS (due security reasons or whatever) - it might happen that you have to reconfigure the whole WGM including Abstraction Libraries for CATIA!

Also all fileservers has to be updated after CPS.

So it would be very helpful to keep new WGM releases separately from CPS. Or better: Make the WGM completely independent within a Windchill Major Release!

Example: Customer is on Windchill 10.2 M020 and needs a fix for a security issue or a bug. It should be possible to fix this without installing a new WGM.

Example: Customer is on Windchill 10.2 M020 and needs Support for CATIA V5-6 R2015. It should be possible to install only a new WGM-Version - without a complete Maintenance

Starting with Windchill 11.0, workgroup manager installation and update will become completely separate from Windchill and the critical patch set.  The model is being changed to one like Creo - separate downloads and separate maintenance releases for each.  You will need to follow the compatibility matrix, just like Creo today, but upgrades to Windchill will be able to happen before, after, or even without upgrading the workgroup manager.

Thanks for the update.  Based on what you're describing this doesn't seem much different than what we have now with 10.2 M030.  The Windchill CPS patches already allow us to not update the workgroup manager if we don't want to.

Many of those at PTC Live Global last summer were hoping for the ability to install new maintenance releases of the workgroup manager without having to upgrade Windchill itself.  Do you see this happening at some point in the future?

What we were hoping for: 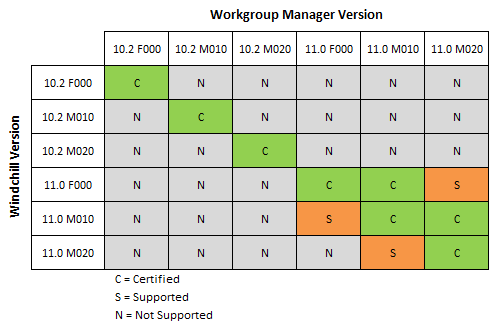 What it sounds like we will get (at least for now): 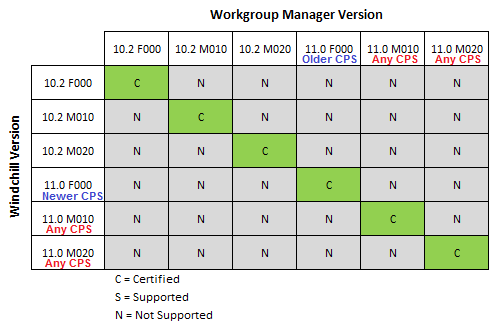 I understand that it is disappointing to learn that the scope has been reduced, but we needed to break the project down into smaller pieces rather than drop it completely.

THX guys - for clarification! This sounds very good and would be very helpful!