When editing a Part Structure user has access to 3 kinds of Replace action:

An action "Replace with Supersede" would be useful to more easily replace a Part by the one who is superseding it.

The current workaround is to copy/paste the Number of that superseding part and then use action "Replace with Existing". But having this new action for Supersede would make sense since it will be consistent with the Replace with Alternate/Substitute and it would save time especially if this action could automatically manage the Quantity attribute defined on the Supersede Link. 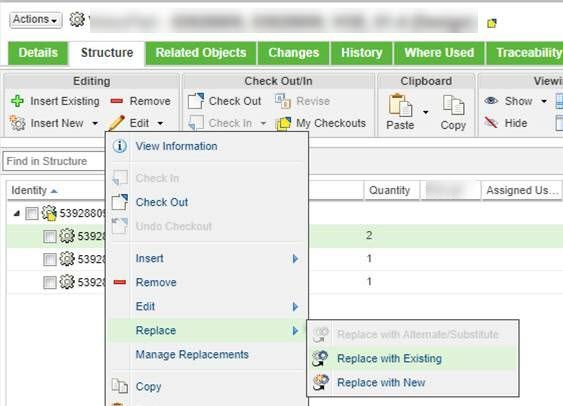