"used by non-latest version" WC does not recognize dependency, how to fix?

"used by non-latest version" WC does not recognize dependency, how to fix?

Thanks for taking a look.

I'm going to apologize in advance, I probably have some of the terminology wrong.

The child documents are included using an xi:include, referencing the child's WC ID, for example,

In several parent documents, WC seems to have lost track of the dependency status of the child documents.

The xi:include command still works correctly.  If I open the parent document in Arbortext, WC populates all the child documents via xi:include.

For a single child, this is a minor inconvenience, but when 7 of them are not checking out, it's inconvenient enough that I'd like to fix it.

If this was working correctly, WC would be showing two dependents, the install (showing) and the remove task (missing).

Looking at the child task which is "missing" from the parent structure, WC shows the child is a dependent of the non-latest version of the parent. 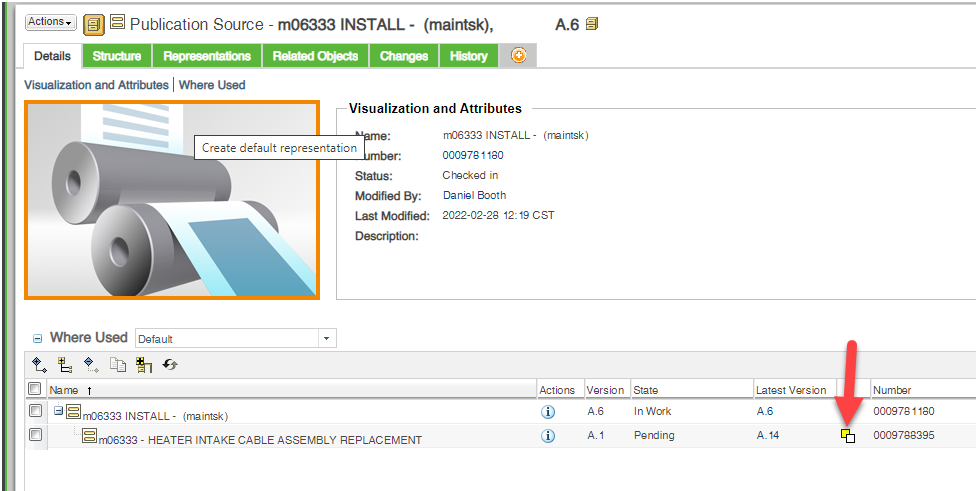 My install fragment WAS a dependent of my parent file in rev A.1 of the parent file. Then for some reason WC stopped recognizing it as a dependent.

What do I need to do to get WC to recognize the "lost" child files as dependents again?