Just preparing for some faculty training to promote the use of Creo within the school and when I started Creo I received errors about the license being expired. I am in the process of reinstalling with a newer license from training completed earlier this year however this prompted me to have another look at my PTC accounts.

Shaun, you received codes at training, sent the week after. your existing ptc academic account will get you the latest from the links on the dvd i gave you. the risk is that teachers often sign up for a ptc commercial account... that could be the functionality limit you refer to. PeterT

Peter, thank you for the reply. The issue ended up being that the original license code I received when I first attended training had expired. Although I had reinstalled to update the software and used the new code because the old code was still on the system the licensing software would not allow me to use the software.

I uninstalled and then cleaned up files left behind by the install including license files and started again. When reinstalling I used the most recent code and since then I have no longer had any problems. 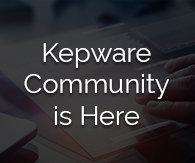