When I do a RIGHT CLICK to Build Associated Part, I will sometimes get this error.  Any suggestions?

The image attached, I'm basically Right Click, Build Associated Part, then I get that error.  The 12600453-6314.prt is RELEASED now, so not sure if the state change caused some issues.  I've had this happen before, and the only fix was to modify a part at released (basically do any random change to generate a new iteration), but that cannot be the soltution.

When building part from CAD, the part must iterate. Therefore whoever is performing the build action must have modify permission on the latest version of part. Options are

1) Put the current part version into a state where you have modify permission. (set state / promote etc)

3) Perform the build as admin

The state of the CAD model does not matter, as long as it is not checked out by somebody else during the build

For clarification.  The ASSEMBLY I'm trying to build is IN-WORK.  The error is related to the RELEASED part, but it already has a relationship built.  Seems like that when I am trying to build the assembly it's trying to revise all the released parts also.

The intricacies of Windchill Part structures and building is quite hard to get your head around. It frustrates and confuses many here that's for sure. The related information is widely dispersed throughout the PTC documentation and hard to digest.

I think if you trigger the build operation either

....it will attempt to build part again, and it will fail if you do not have modify permission on affected Windchill parts.

There will not be any attempt to automatically revise, but the build operation will need to iterate the part as it may need to update the "uses" information.

Generally once you release the part, that would put end to any more building at that part revision. Which makes sense really as a build operation can completely change the definition of an assembly (adding and removing members, changing quantities etc) and the fact the part is released implies you don't expect/want more changes to structure at that revision. I'm assuming you need build as the released part structure is not what you expect? If you revise the part (in isolation without CAD) it will carry the CAD owner link from the prevision part revision, but the new revision should have a different state that allows you to modify (and build). After build, when part structure looks OK you can release the part.

If you don't want to revise the part, I would guess the only option is to build the part as admin, having permission to modify (and build) at any state.

This appears to be an isolated case.  I have an assembly with multiple down components.  Some of the released components come in fine, others do not.  The down components are already built and related correctly.

I found a workaround, but it's not a good one.  It should not try to iterate all the down components when you Build an Assembly, doesn't that defeat the purpose of having lots of standard components getting pulled into assemblies.

If the part is still not showing in structure

Check that the usage for missing lower part has not been manually removed from part structure (using the red minus button). Don't forget you can intentionally have models in CAD which do not show in part structure and parts in structure that are not in CAD assembly. Sometimes people remove usages by accident or simply forget they did it. 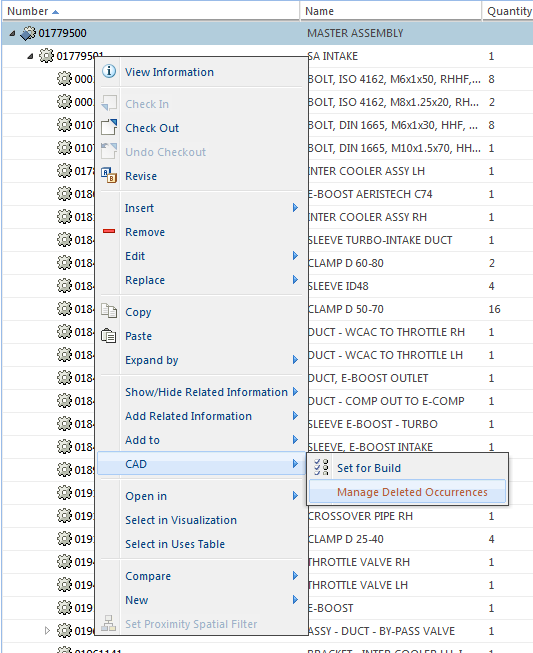 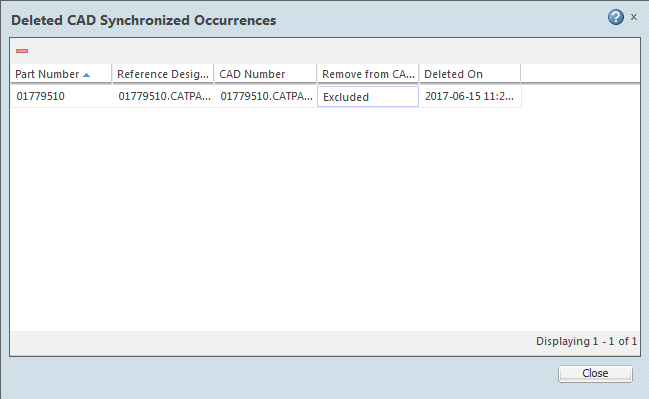 I'm still having issues with this.

PTC told me that if I auto-build the BOM for an assembly, it should not try to iterate all the down level components.  I'm still getting the error.