PTC has taken into consideration this problem & from Windchill 11.0 M010 onwards, we have enhanced to update WWGM on client system without un-installation of WWGM Client in many of the user scenario's !!!

Below illustration/examples helps you to understand this enhancement. 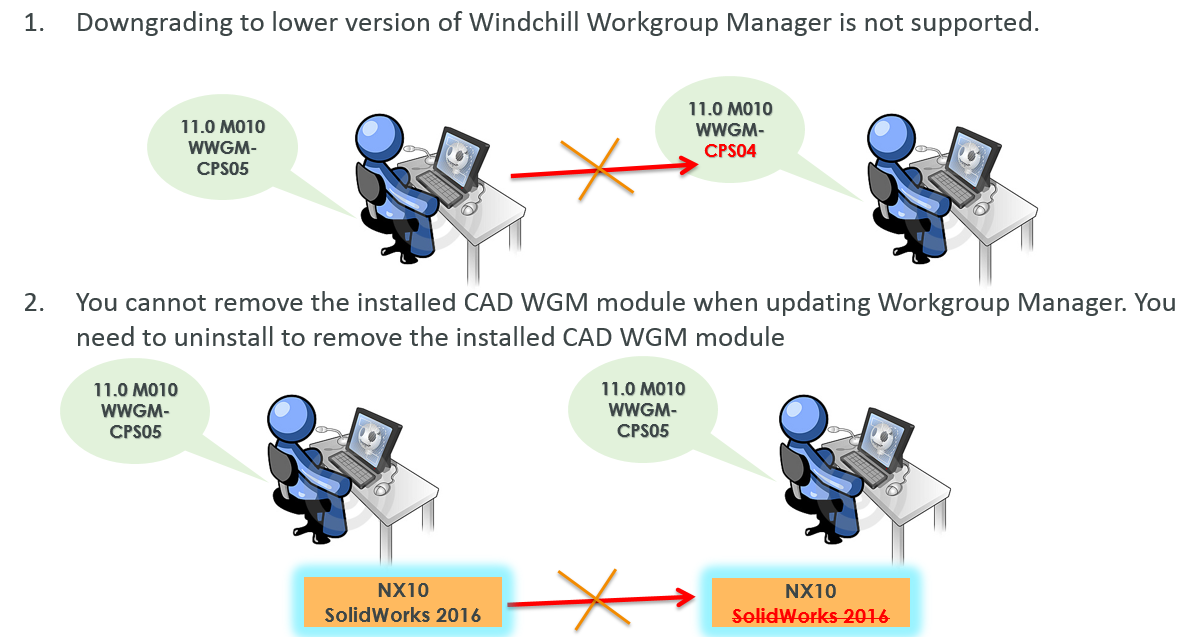 Note: This information has also been posted in Article CS242517