I have modeled a PCBA mockup assembly in Creo using available STEP models of needed components, and exported it as a STEP assembly for import into Altium. It displays perfectly in Altium, but once changes have been made to component location (or even if no changes are made) and the PCB designer exports the modified assembly out of Altium as a STEP file, when I bring that file into Creo, many component surfaces are missing, and rounds and fillets have become toroids. See screen captures below... 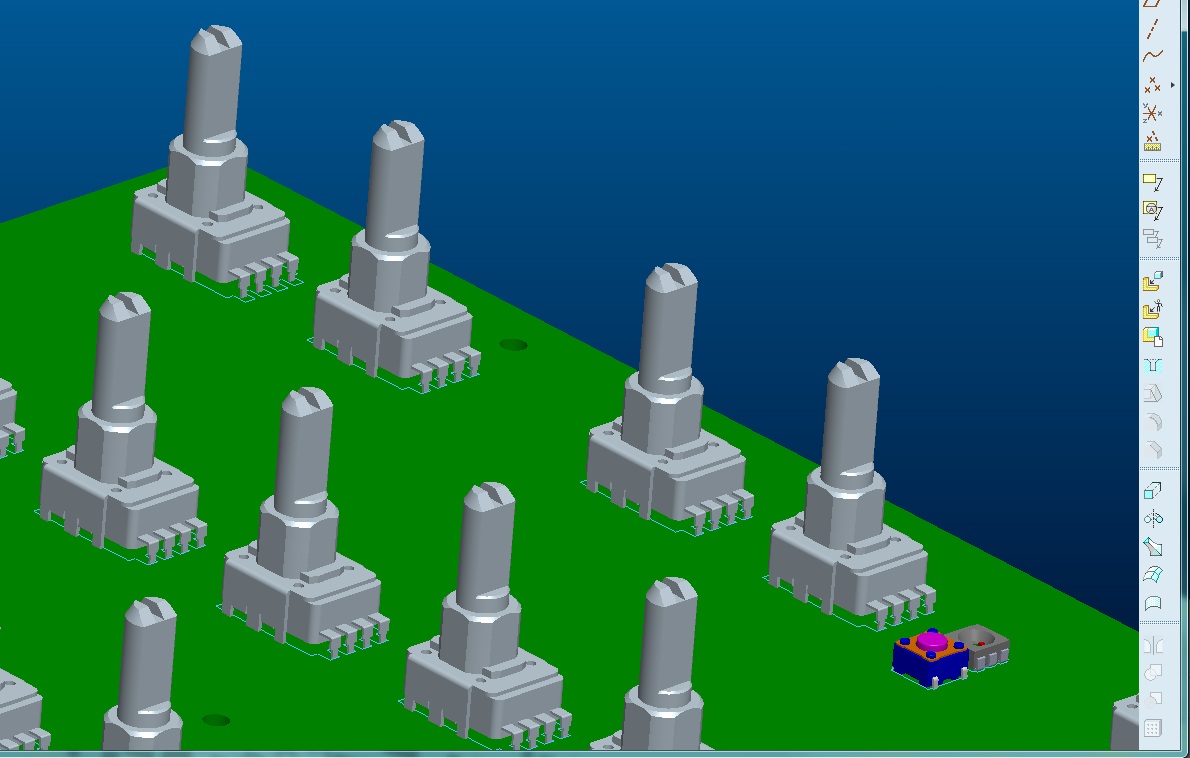 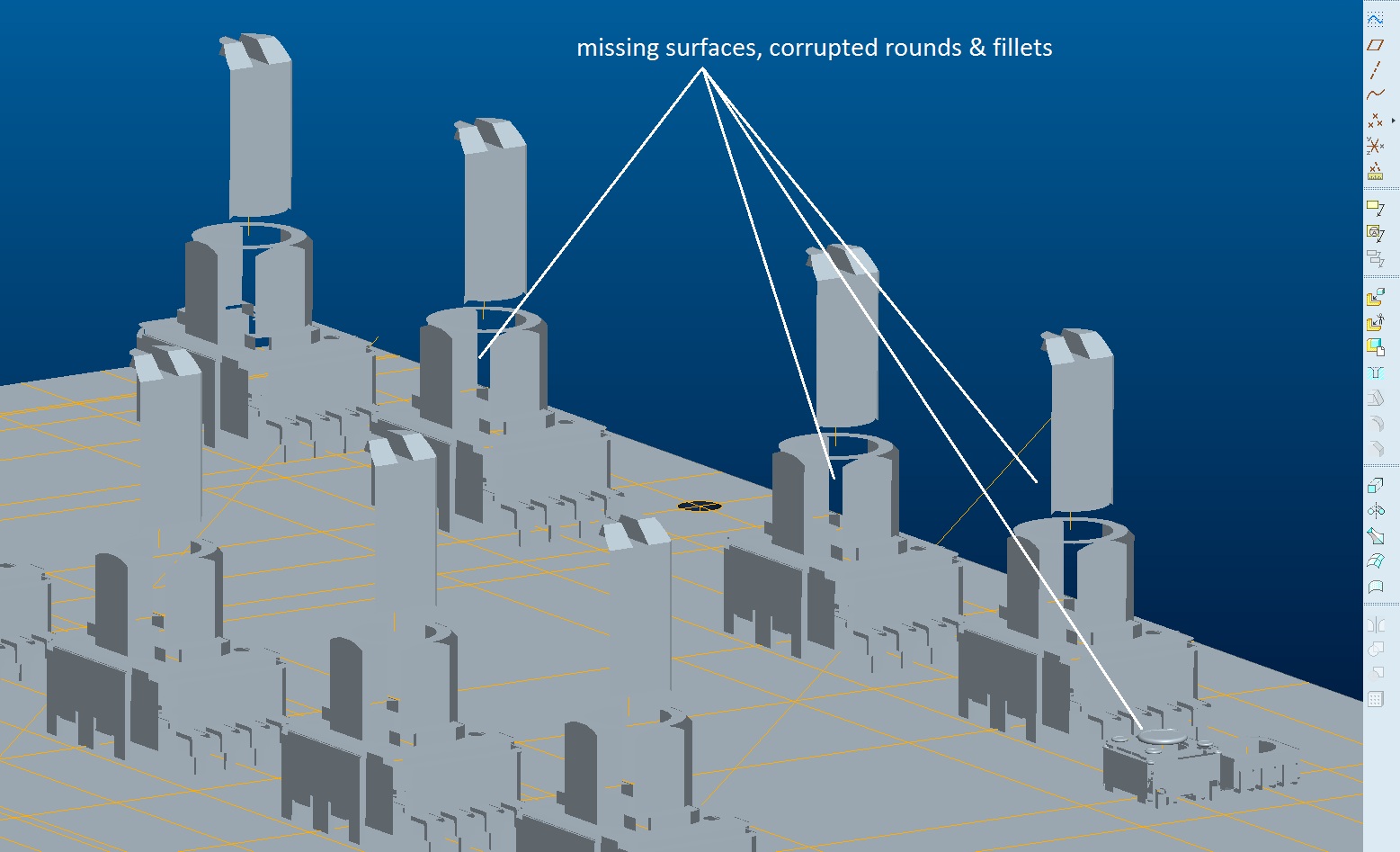 I've tried different possible STEP file creation settings in Creo and Altium to seeif this gets resolved, and nothing helps.

Has anyone experienced similar issues with Altium, or cuorrupted imported STEP files in general? This is happening both on the part and assembly levels. 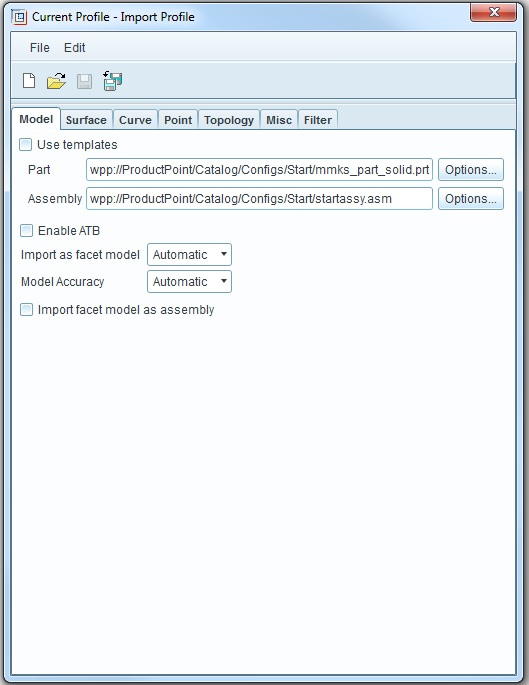 Play with the various settings under the tabs and save the file to the Pro/E Startup folder as a .dip.

When you import the STEP assembly, select this .dip file for Profile in the Import New Model dialog. 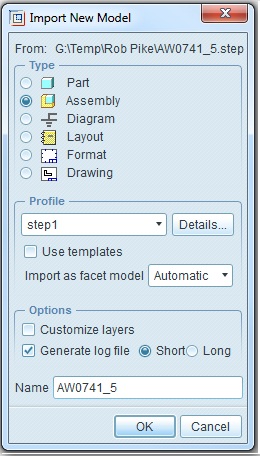 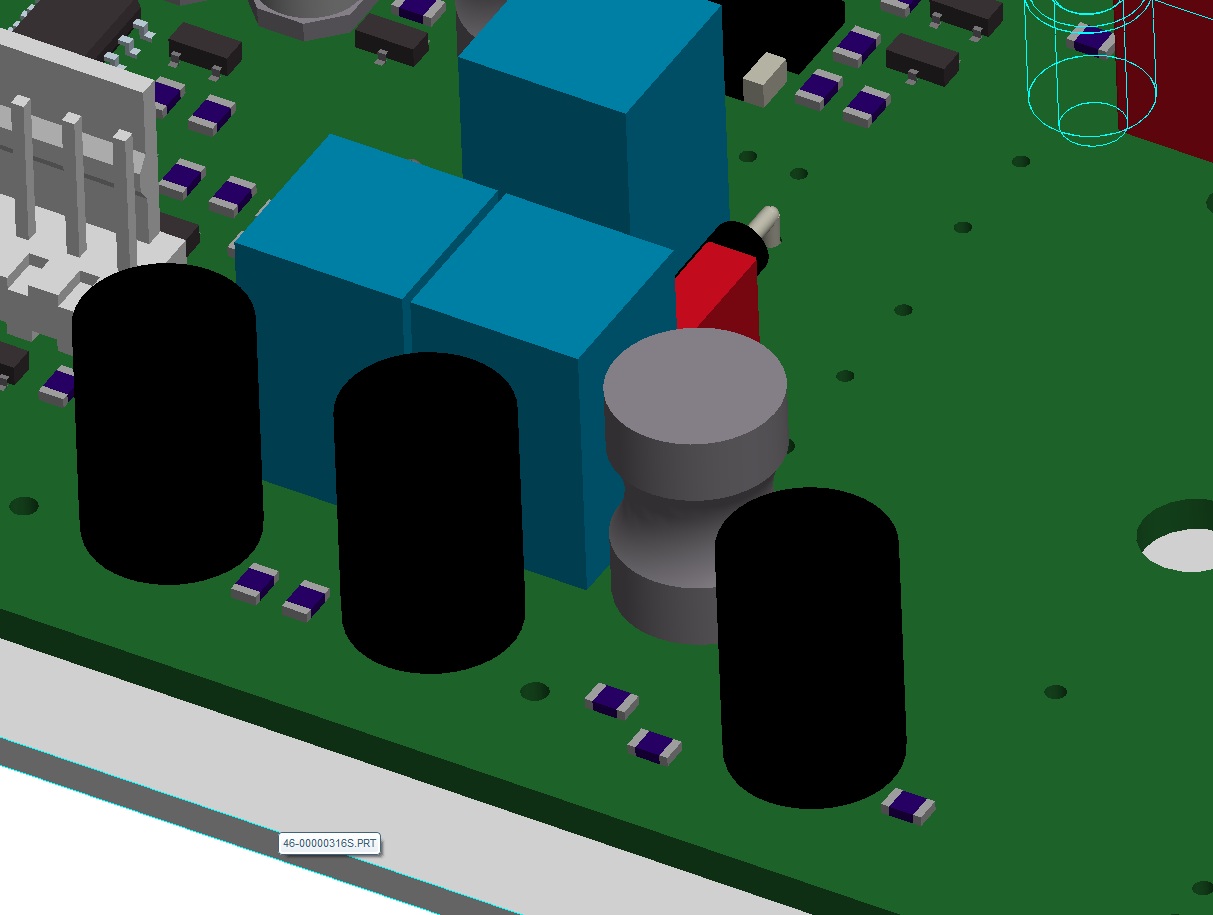 Got exactly the same thing with Altium/WF4/5). Can't offer any help at the moment - it's something we're going to have to grapple with in the coming months. I'll follow this thread and also let you know how we get on. 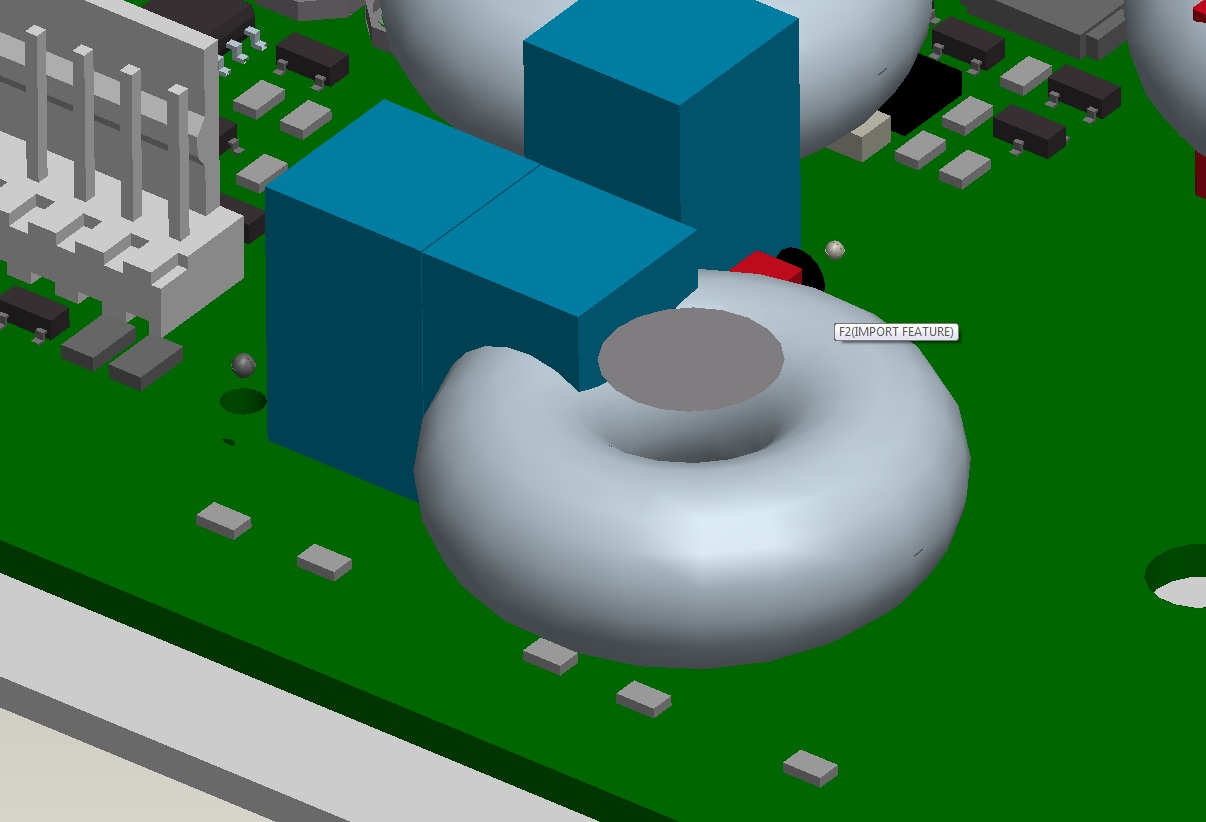 The only help I got from PTC's legendary tech support in India was to point me to the Import Data Doctor: 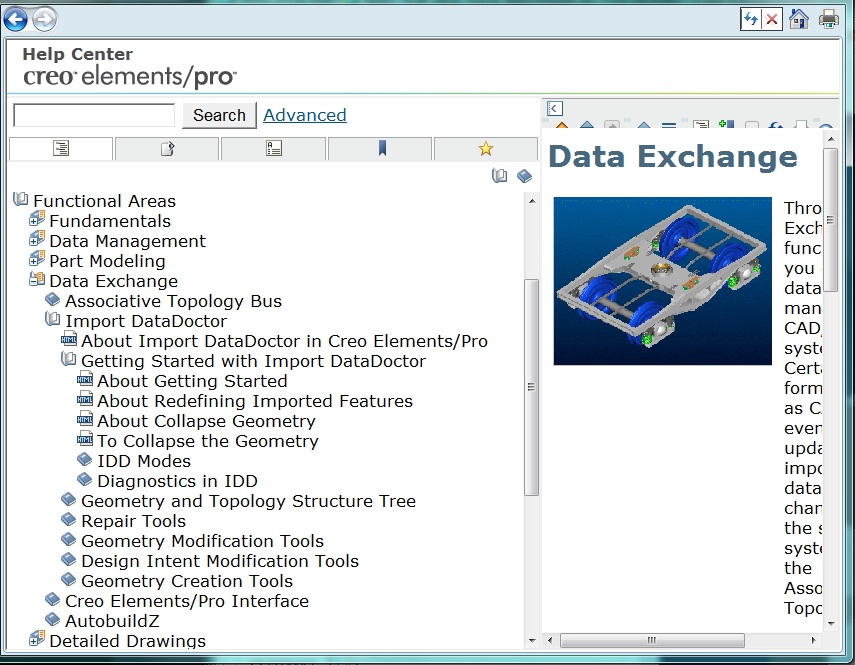 If anyone has the time to wade through this and actually resolve some of these issues, I'd be grateful for your feedback.

Now it's no loger just model surface integrity data loss - it's failure to correctly translate the orientation and alignment of components, like this example - looks great in Altium, until it's exported as a STEP file and imported into Creo 5.0: 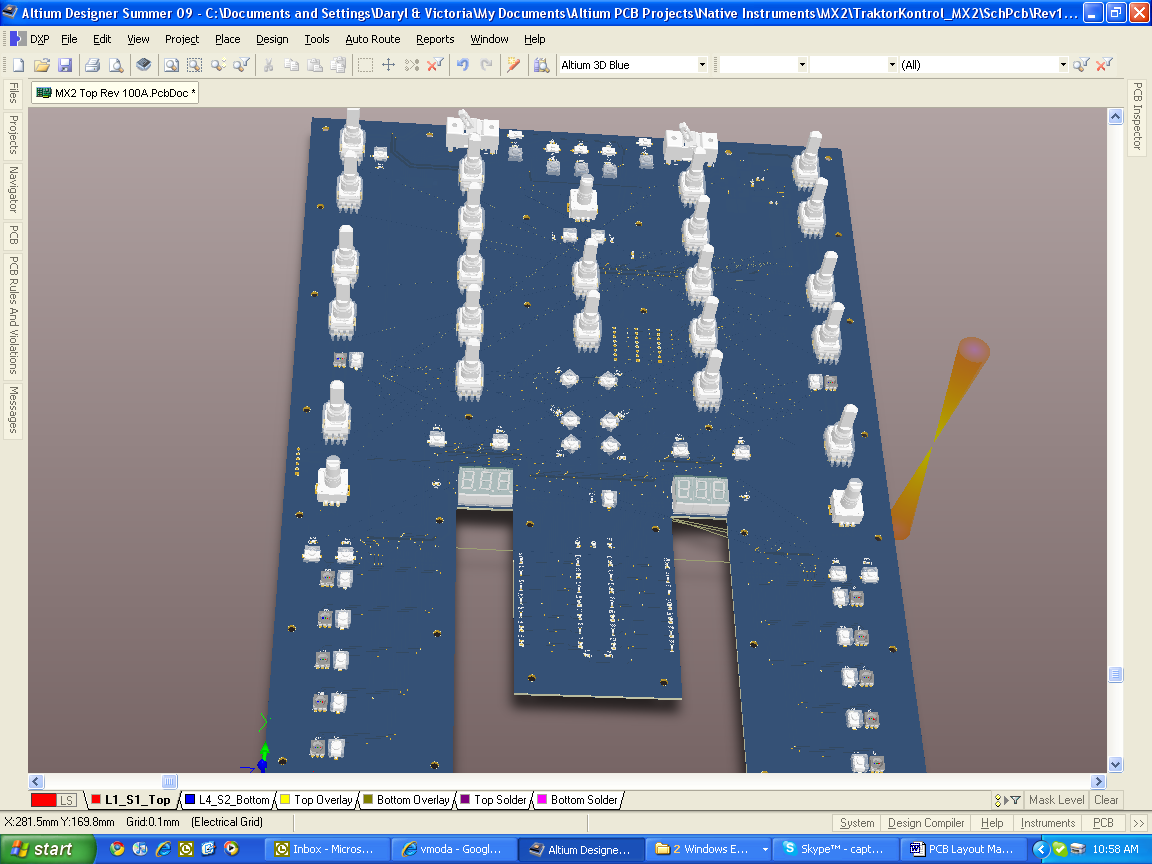 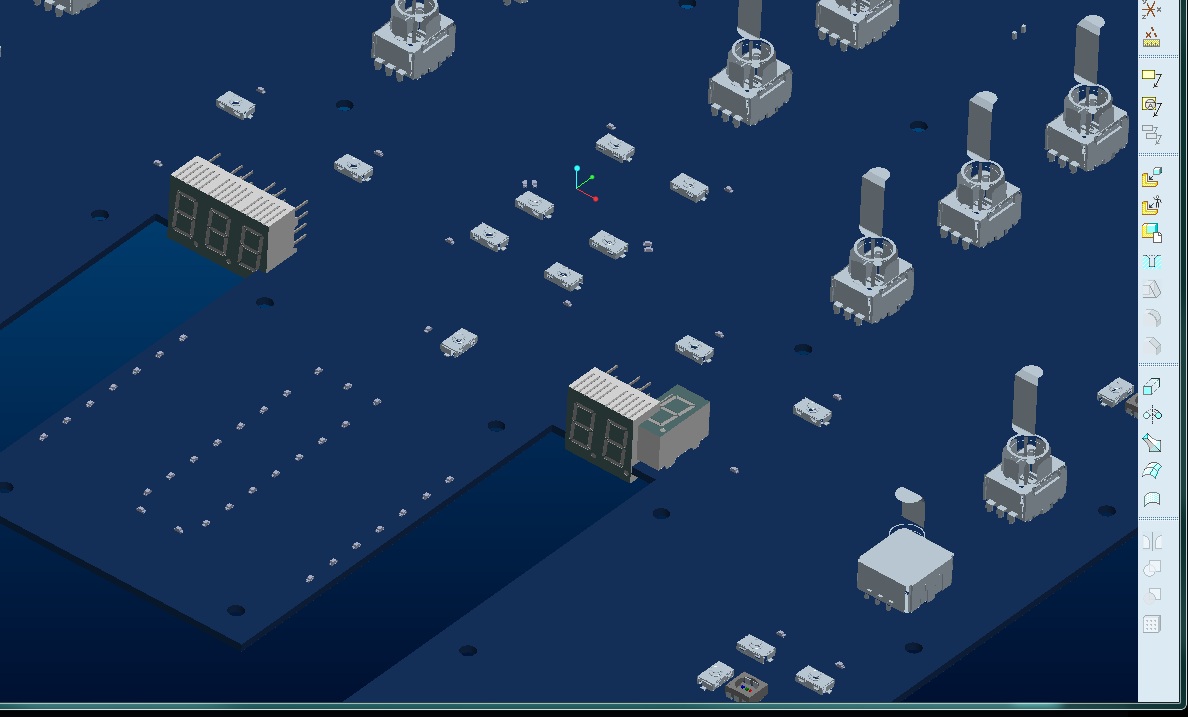 Oh well... I'll post again if I make any progress.

Unfortunately, I don't have a real answer for your tweaked geometry. My best guess is that Altium just doesn't have a robust enough engine creating the STEP files for the Pro/E geometry. I don't want to defend PTC support, but I think if you compare the STEP models of the components, you will see that it's Altium that is tweaking the original geometry and Pro/E's just showing what it got back. I would submit a call to Altium.

The first question I have, is why use STEP and not IDEF import? With the STEP, you lose all history of your original Pro/E model once you bring it back into Pro/E. You would also have to deal with new names if your components are in any kind of PDM system. The one gripe I have about the IDEF import is that sometimes rounds tend to really get messed up on your PCB. The usual fix is to add a small straight line segment around the point of tangency.

Wish I could be more helpful,

Hi Josh - I appreciate your reply - I'll ask our EE guy for an IDEF export instead and keep my fingers crossed.

In any event, that's useful information - every bit helps!

In Altium make sure you have updated your STEP export plugin to the latest version. Once I updated I no longer had this issue in Pro/E (Creo)

Play with the various settings under the tabs and save the file to the Pro/E Startup folder as a .dip.

When you import the STEP assembly, select this .dip file for Profile in the Import New Model dialog.

Thanks Rob! This has fixed my Altium STEP import issues... most often the change that works for me is changing the boundary preference from UV to XYZ 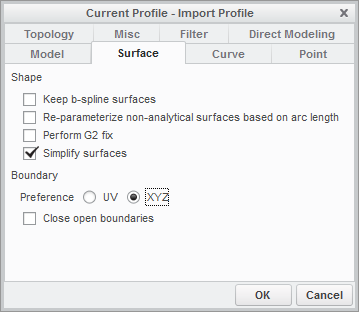 I realize this is an old thread, but we use Altium and Proe wildfire 4 (for years now because we haven't kept up maintenance and I don't push for the money to update because I find the ribbon slows me down...even in the office products) Anyway...

if any of you are having the same issues with wildfire 4 and altium the setting that Matthew Sellner found in Creo can be set it wildfire 4 by adding this line to your config.pro

It fixed all the broken surfaces from imported STEP files from Altium.

Here is a PCB brought in before changing the setting in shaded and no hidden modes:

Here is the same PCB brought in after adding "intf_in_surf_boundary_pref xyz" to my config.pro: