About making point at max distance.

About making point at max distance.

You can make points when you measured the two curves.

But you can't make points when you measured max distance of two curves.

Do you know way of making point at max distance? 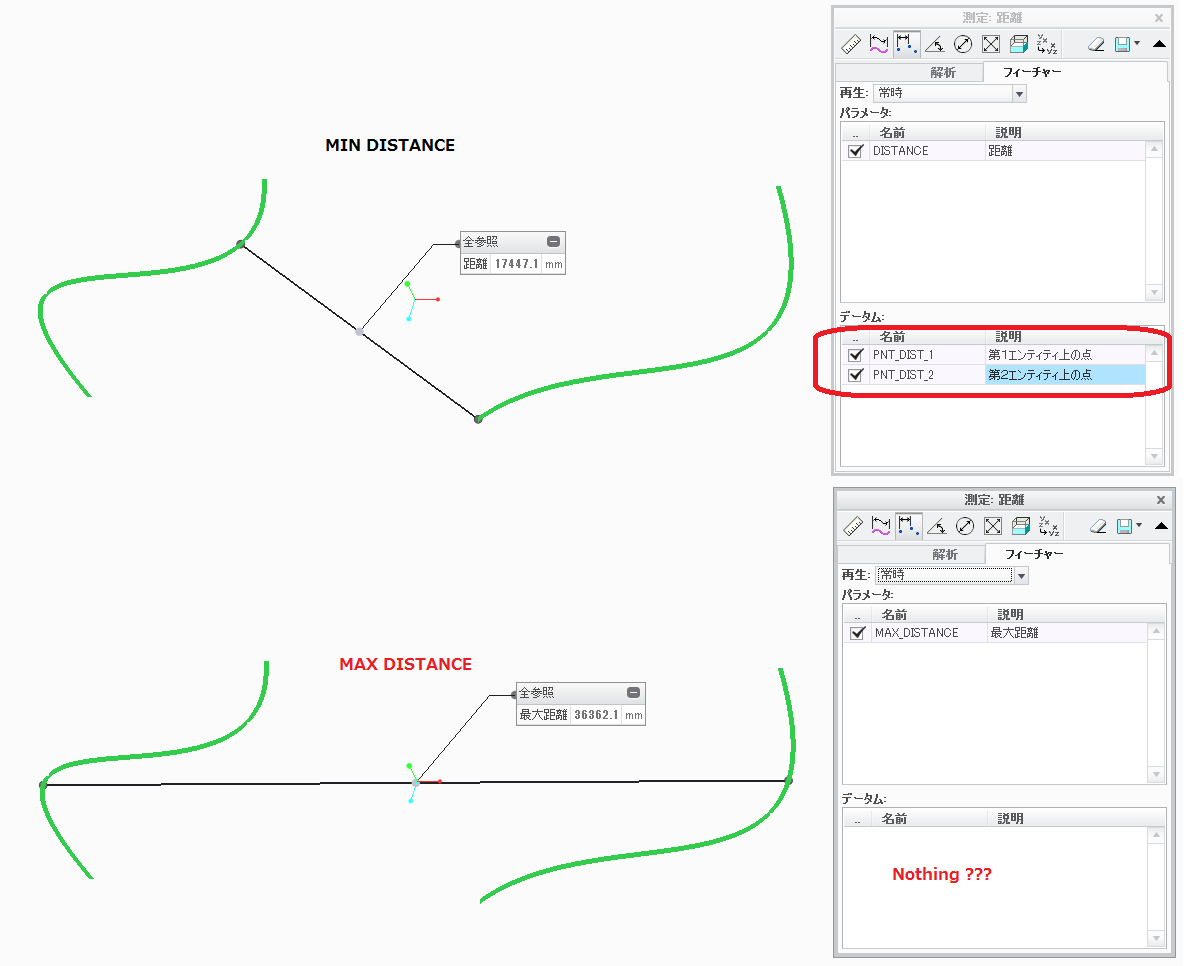 I don't think you can do it directly. Here is another workaround:

The distance between the points on the curves should be the maximum distance as long as you've set up the datums properly. You should create a new product idea.

It seems like that would work - but not for the general case.

Picture a hex in a slot. The maximum distance is across corners, but there isn't a guarantee the point on each flat found to be closest to the slot is at the opposite corner. It could be anywhere on each face giving an infinite set of 'farthest' points.

I think this is equivalent to asking for the diameter of the smallest circle that is tangent to the two curves and that completely surrounds them, with the definition of tangent including passing through an endpoint.

This is equivalent to finding the shared radius of two circles such that the center of each circle lies on a curve and is tangent to the other curve, where, for finite curves, passing through the endpoint is considered tangent; and the circle envelopes the finite curve.

As a method, one would start by fixing one end of one curve as a start point and find the radius to each end of the other curve, then repeating the operation for the other end of the first curve. This will give four radii, of which one is the largest. WIth that radius, and the points it relates to, draw the two circles. Only the portions of the curves outside the respective circles need be investigated to see if they are candidates that could provide larger distances.

For mutually convex (each curves away from the other) curves and pairs of straight curves, the endpoints will be the only candidates. Only for straight and concave and mutually concave curves will the maximum distance points not be the endpoints of both curves.

Thanks for your message.

This is very simple.

I want to make the two points of fig1(point.png).

If you add two circles, each centered on one of the points and passing through the other point, you can see if the points are at a maximum distance.

Thank you very much !

I want to teach way of making points on curves.

Please tell me the way if you can have some times to help me .

I'm sorry for the late reply.

Thank you for your help.

This infomation is very good for me.