Building the future of technical publishing with MathFlow, MathType, and MathML [AUG Meeting]

Building the future of technical publishing with MathFlow, MathType, and MathML [AUG Meeting]

The XML standards framework underlying many technical publishing challenges and opportunities of the last decade has noticeably matured in recent years.  A long list of technologies such as HTML, DITA, MathML, SVG, CSS and PDF now have very full and stable feature sets that are more and more widely and dependably implemented.  As a predictable consequence, the energy of early adopters is again on the move, shifting toward creative combination and reuse of these technologies. Web applications for collaboration, social networking and distributed authoring web applications are proliferating at a tremendous pace. eBooks are increasingly popular, with readers seeking access not only from desktops but a variety of readers, devices and tablets, where electronic ink is an input format.

What does all this mean for you? In this presentation, we'll discuss the future of technical publishing, both from the point of view of taking advantage of the maturation of the traditional XML standards framework, as well as the perspective of putting yourself in a position to get out in front of emerging trends.

Robert Miner leads Design Science's research and development efforts. He has led the development of Design Science's MathFlow product line from its inception, and now oversees development of DSI's MathType, MathPlayer and MathDaisy products as well. While at DSI, Miner helped initiate research programs for adding value to electronic math content, particularly in the areas of math-aware searching and mathematics accessibility. In addition, Miner co-chairs the World Wide Web Consortium (W3C) Math Working Group that developed and maintains MathML, an XML markup language for mathematics. He has written and spoken extensively on MathML and its impact on technical publishing. Robert received his Ph.D. in mathematics from the University of Maryland, and studied at Oxford and Universität Bern.

Autumn Cuellar is the XML Specialist at Design Science, where she works with publishers, engineers, educators, and programmers to include MathML in XML publishing workflows. Before joining Design Science, Autumn was a researcher at the University of Auckland in New Zealand, developing CellML, an XML language for describing biological models, and associated metadata and ontologies. 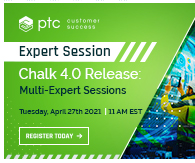