We're creating new objects in ProjectLink in Windchill 10.1 and eventually those objects will need to be in PDMLink. However, the Send to PDM screen is causing some headaches:

Any ideas or settings we can change to fix some of these? Click on the picture to enlarge.

I tried this on a 10.1 M050 system, and I did not experience either of these issues.

However, my Send to PDM window did not allow for modifications in the File Name field: 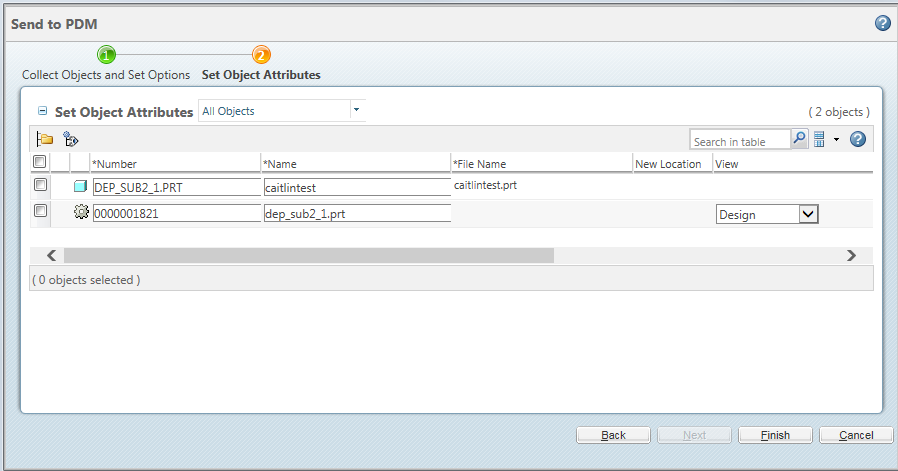 1. There might be some customizations on your system to allow this (OIRs?) which could be causing the issue

2. When searching, I saw a screen capture of a 10.1 M040 system in which the Send to PDM window does allow for edits in the File Name field.  So there's a good chance that we made some changes to the Send to PDM action between 10.1 M040 and 10.1 M050, which in turn corrected the usability problems you're describing. However, since I do not have access to a 10.1 M040 server, I can't verify this firsthand.

It might be worth it to open a case with TS. What you are describing certainly sounds a bit obnoxious, but I could not find any old cases of customers reporting the same. Since I feel like this would probably warrant at least SOME complaints, and I can find none, it might be an issue with your system that can be corrected. Similarly, if you are already on 10.1 M050, then this is most likely an issue specific to your system (as after M050, the default behavior changes).

Sorry I could not be more helpful.

It looks like at least one other customer has a similar complaint for Windchill 10.1 M040 (which we're on). We're planning on moving to Windchill 11 later this year so we'll make sure to test the 'Send to PDM' functionality to see if it got fixed.

Yes, I think I saw that but wasn't sure how well auto-numbering correlated to auto-naming, since they can be managed so differently. I was also referring to the fact that setting the location clears previously entered values -- which is a massive inconvenience. It's something that will happen in some action windows when you change the table view (for example, I know this is an issue in the "New Multiple Documents" window), but I hadn't heard of it happening after setting a value.

Yes, hopefully moving to 11 will fix these issues. However, even in the latest release, there does not appear to be a way to set a default location -- but you can select the entire table of objects and set the location for all at once, so like you said it's a minor inconvenience compared to the rest.

You need to check the default value for the "name" attribute of the "EPM Document Master" type. 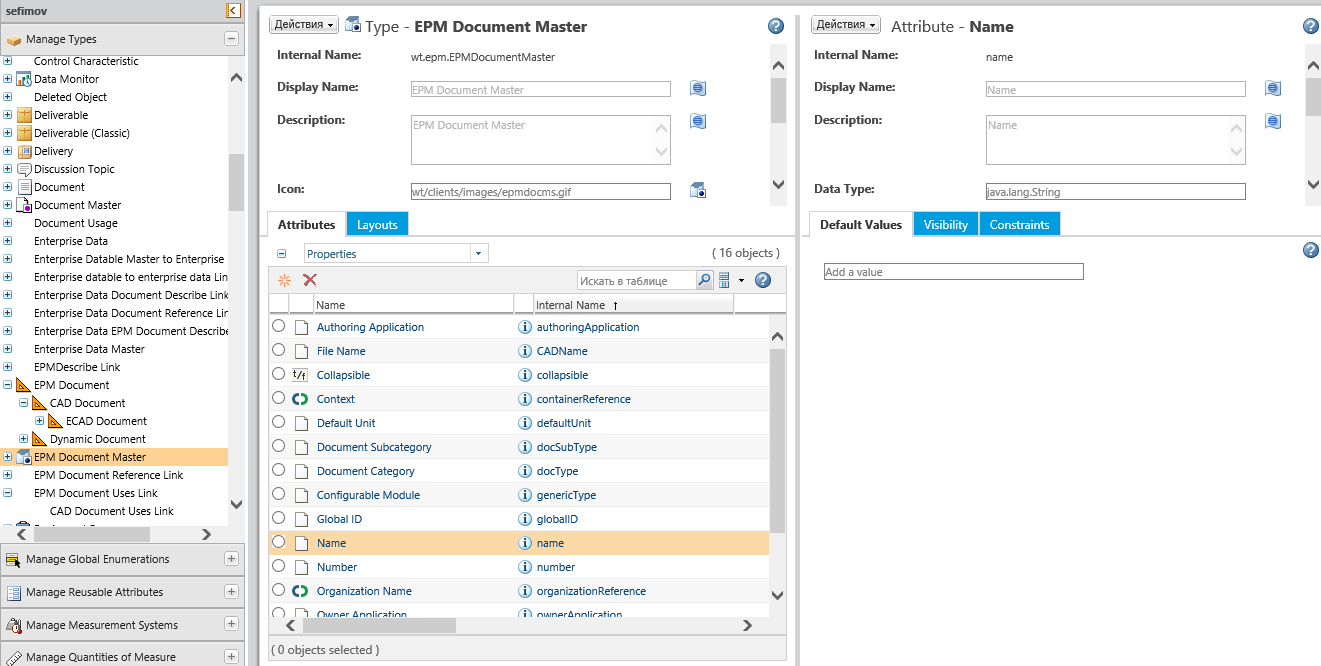