HELP: Can Creo do Offset Cuts/Extrudes???

HELP: Can Creo do Offset Cuts/Extrudes???

A handy feature in SolidQuirks is that when making a cut or extrude, you can offset the starting point.

So, instead of having to define a plane to start a feature that you want to begin where there isn't already a plane or flat surface, in SolidQuirks, if there is a parallel surface or plane, you sketch on that and then do you extrude or cut starting at a specified offset distance.

Saves you from having to create the extra plane. 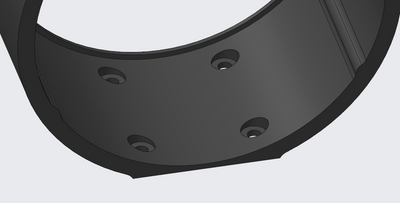 If you see the holes above, they are not something that you can easily start from the rounded side of the bracket.  So creating the holes from the flat part underneath is very desirable.  I first placed the four inner holes and then created a separate feature for the counterbores.  To do this I needed to create a plane for the counterbore sketches.  In SolidWorks, I would have just sketched on the flat face and then started my cut at the offset distance without needing the extra plane.

Is this possible in Creo?

This is an analogue to your SW example realized with a single extruded cut in Creo 4. 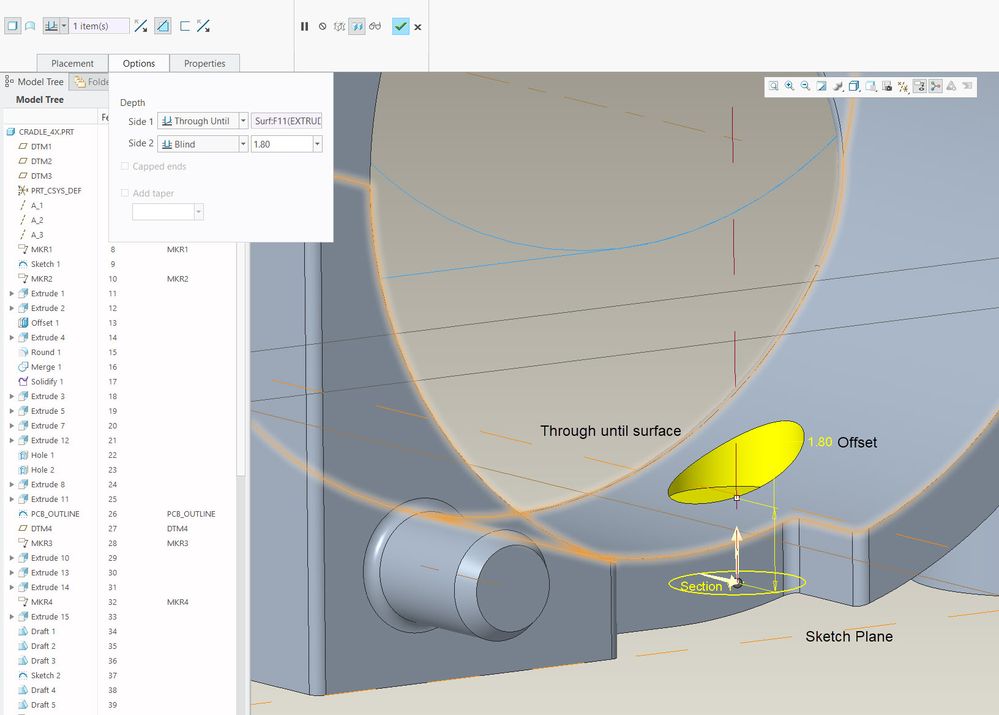 You can realize something similar but it is probably not the best approach in Creo. You can use the second direction for an extrude and apply a negative value to get the offset to start the cut. However there is a caveat that a solid extrusion can only add or remove material, not both in the same feature. So you can create your offset c'bore using an extruded surface in both directions with capped ends and then solidify the quilt to remove material making the bore.

The better method would be to create an embedded datum feature in the bore cut or use a revolved cut (for both hole and c'bore) where the offset for the bore is controlled in the sketch or a custom hole feature with the offset within the hole shape.

Typically - in this scenario, I would want the elevation to be common for all the reliefs/cuts that would be made.  So using a point to control the start point (much like a plane would be as a starting point) can be used if you are referencing/creating sketch geometry from another reference.

Here is how that would work/look when done using a From Selected reference ... then projecting To Next. 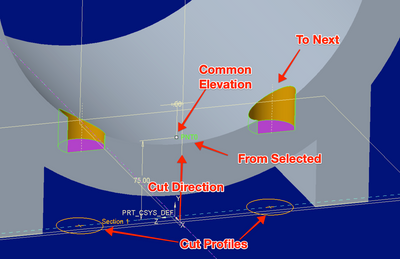 This is an analogue to your SW example realized with a single extruded cut in Creo 4.

Thanks, that seems to work.  A little confusing but keeps it all in one feature without needing additional construction geometry.

and it's limiting me, I want a 3mm thick shoulder remaining and it looks like it won't let me make it thicker than the thinnest part of the housing. 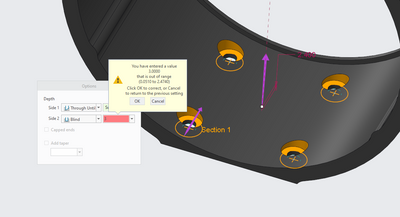 so then I did this and it works: 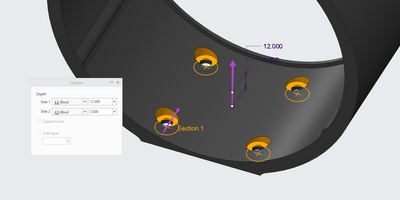 Unless I'm missing something, I'd have done the hole and c'bore as a revolved cut and patterned it, but maybe that's just me...

That works, but I typically don't like adding construction geometry unless completely necessary.  It's going to take a while to get used to how Creo likes stuff versus SolidWorks.

If you are not already familiar with on the fly datum creation, research that. It facilitates embedding datums within a feature which is quite useful.

Dunno what you mean about construction geometry, I can do it using "datums on the fly".  It adds a datum internal to the feature, but that's no biggie and non-intrusive.  I'm REALLY retentive about the number of features in my model tree and don't add unneccessary geometry.

The option to offset from a plane seems to be there if you use "To Selected" option in the depth specification: 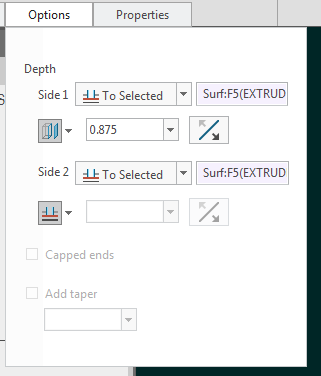 You can use "datums on the fly" pretty much everywhere, including there.