How to get current model name when I create a Drawing?

How to get current model name when I create a Drawing? 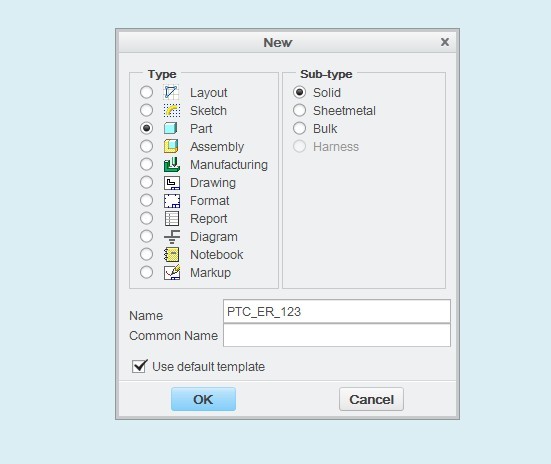 next I will create a Drawing,And I want to reuse part name,that means drawing name is named "PTC_ER_123",Is that Possible 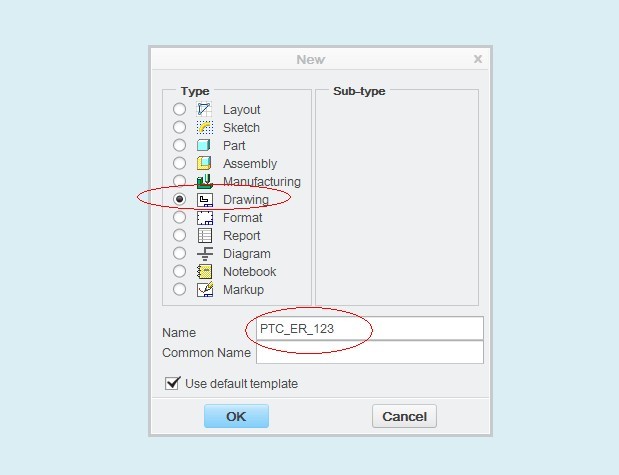 I´ve done a small script for that too. It´s made with Autoit and it´s for Creo 2.0:

All you have to do is execute it with Creo open or create a mapkey, something like:

Not with normal tools. Just with customizations. I use a little Python-Script to do that.

Thank you very much for your quick response,It seems that I must deal with it artificial.

you can use Python for scripting in Creo?

I´ve done a small script for that too. It´s made with Autoit and it´s for Creo 2.0:

All you have to do is execute it with Creo open or create a mapkey, something like:

Thank you very much,But I have no idea to do this. Will you show me with a video

try following procedure (I tested it on Windows XP 32bit with CR2 M080):

1.] download new_drw.zip into c:\creo-macros directory (or your own specific directory)

6.] type drw and you will see the effect of AutoIt script

Thank you for providing this detailed steps, But I can not get the correct way. 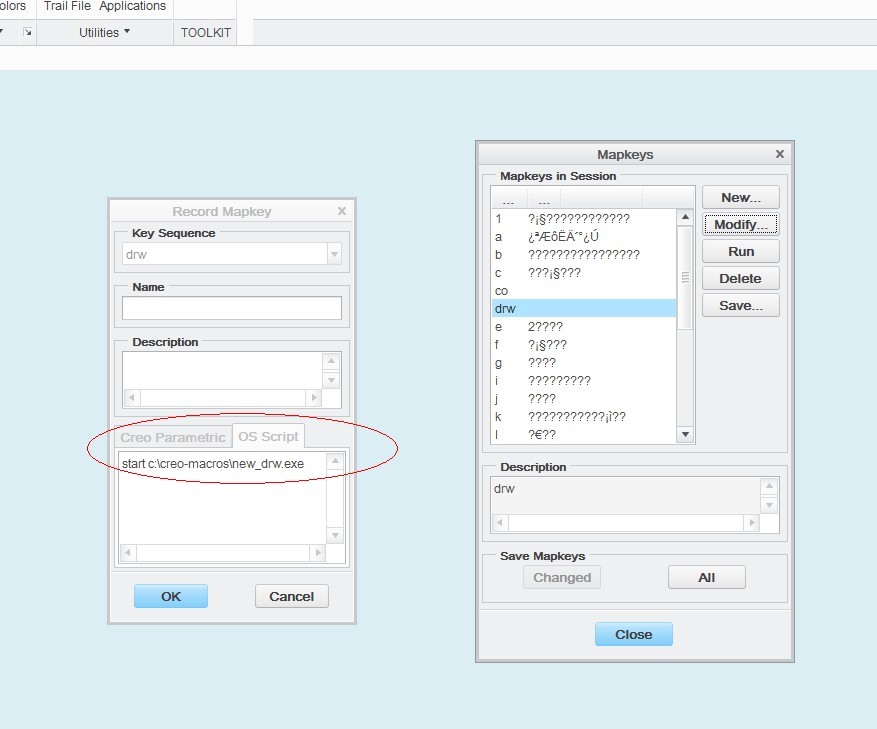 my config.pro contains this option (note a semicolon at the end of the line):

I created and uploaded a video showing my test...

This script works great untill "force_new_file_options_dialog" is setup to YES. Is someone able to add some lines of code, which omits this issue?

I included a 64 bits version too, try both.

Is this still available?  I get the following error message when using the dropbox link:

This account's links are generating too much traffic and have been temporarily disabled!

First, your stuff is fantastic. Is there anyway to get this automatic drawing creation script to accept the default template automatically?

That is strange, I have that script working on several computers and I no problems until now.

Do you have any called "d" or "dr"? If you have, that may be the problem, because when you´re trying to call mapkey "drw" you first call mapkey "d", and you will never be able to call the "drw".

I watched your animation and when you are trying to call mapkey "drw" in the status bar it only appears the letter "d". So it seems that Creo executes something else before you fully type "drw".

What Martin said is also true, you missed the semicolon at the end of the line, that´s enough for the mapkey to fail.

Now, what has hapenned?

If nothing, then something in your computer may be blocking that script (antivirus, firewall?).

If it has worked than the problem is not on the script but in Creo.

I hope you can get it work.

YES, IT WORKS OK! I uninstall the firewall Thanks a lot.

I´m glad you could make it Duncan.

By the way, what program have you used to make that animated gif ?

Chinese version.Do you have difficulty with it?