difference between pro-E 5 and pro-E 2 versions

difference between pro-E 5 and pro-E 2 versions

can anybody explain what additional features added in pro-E wildfire 5 compared to version 2.

also, can anybody explain in what type of industries, what types of works pro-E is used, like

specifically where pro-E is used and how it is helpful for the work.

if you explain technically it would help me lot.

I think this would be best answered a bit at a time by many different people. I'll start.

Regeneration errors are handled in a decent way in WF5, unlike previous versions where everything just collapsed if there was an issue that needed resolving.

The assembly component placement UI, which used to be ok, is now dire.

The UI is now fragmented into 3 (three!) parts - 2001, WF and Ribbon. This is really appalling imo and feels more unfinished than usual.

Wildfire 5 has already been superceeded by Creo 1.0, which adds a decent curves editor, a "shaded with edges" view and the Freestyle feature (not a major selling point).

Creo 1.0 also lets you bend over pressed details in sheet metal features, which is neat (but probably not needed much either).

Pro/Engineer is used for all sorts from diggers to motorbikes to domestic products. Be aware that some features, such as Style, are still sold seperately and cost as much as the foundation package does.

measure volume of a closed quilt

Drawing mode can take some time to get used to, but also has its advantages.

Thanks for the answer.

I compiled a nice list of enhancements we used to "advertise" the new Wildfire 5.0 release to our users. We posted these as fliers in the hopes of building some excitement for the transition from Wildfire 3 to Wildfire 5.

Click on the images below for a better view... I figure no one from my company will mind if I post these. 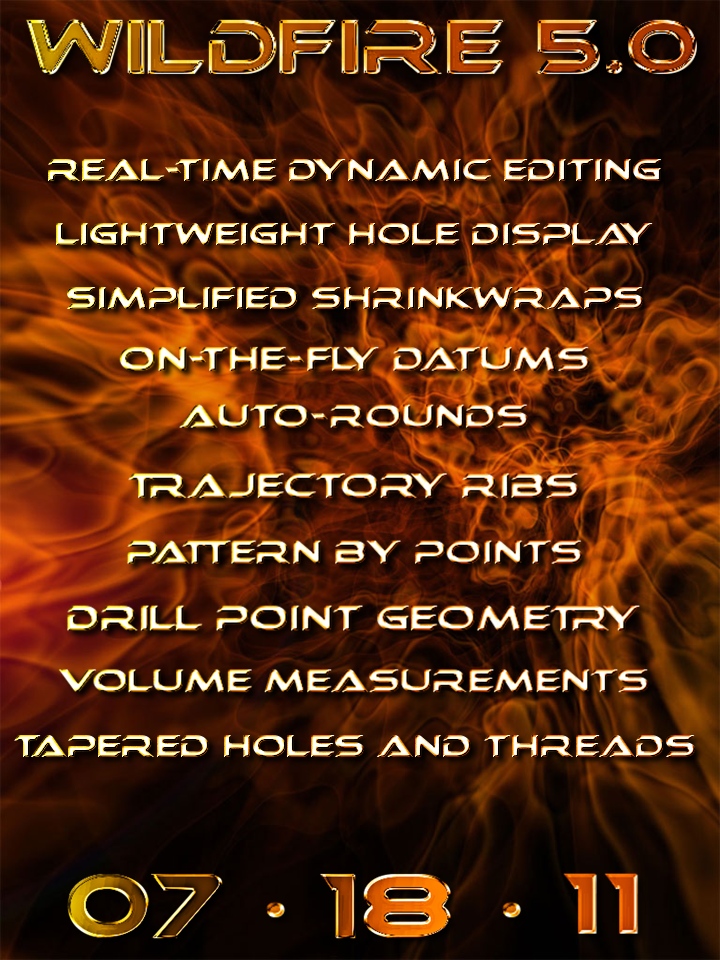 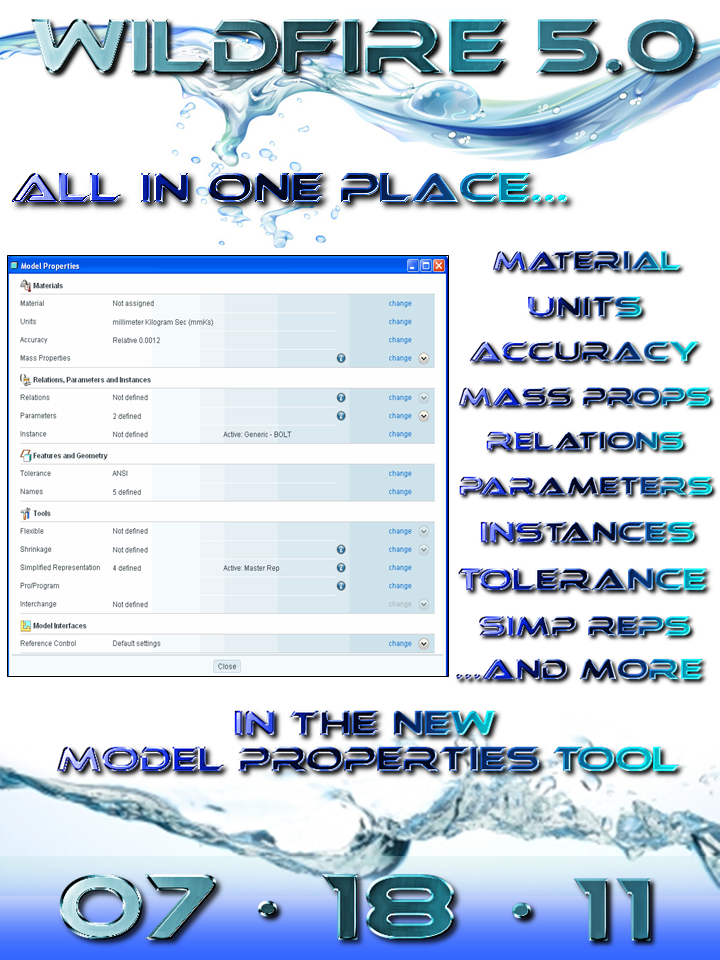 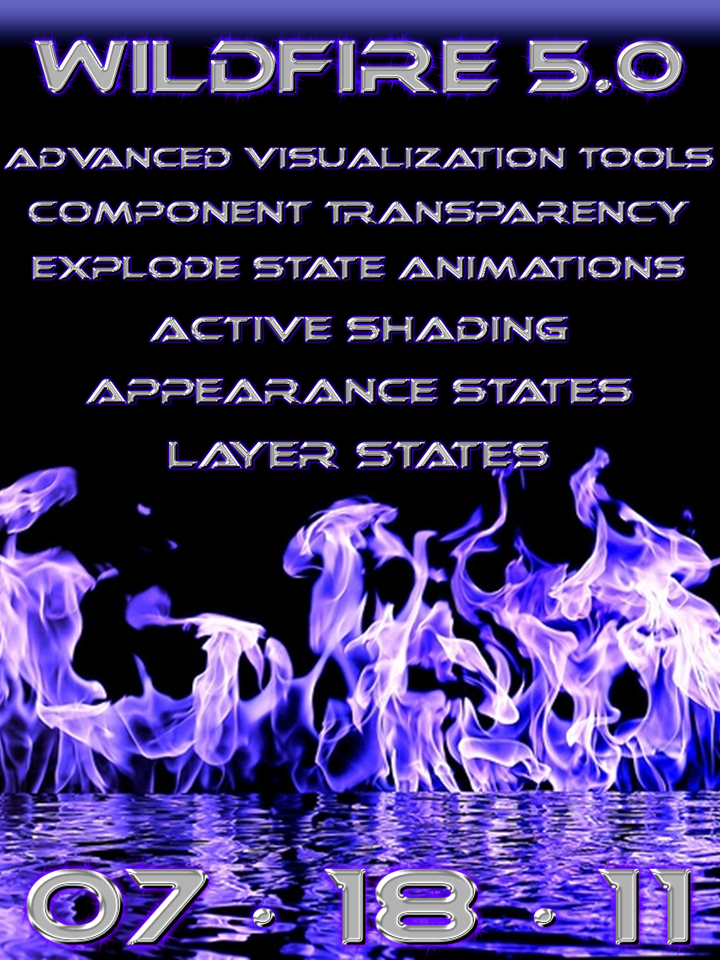 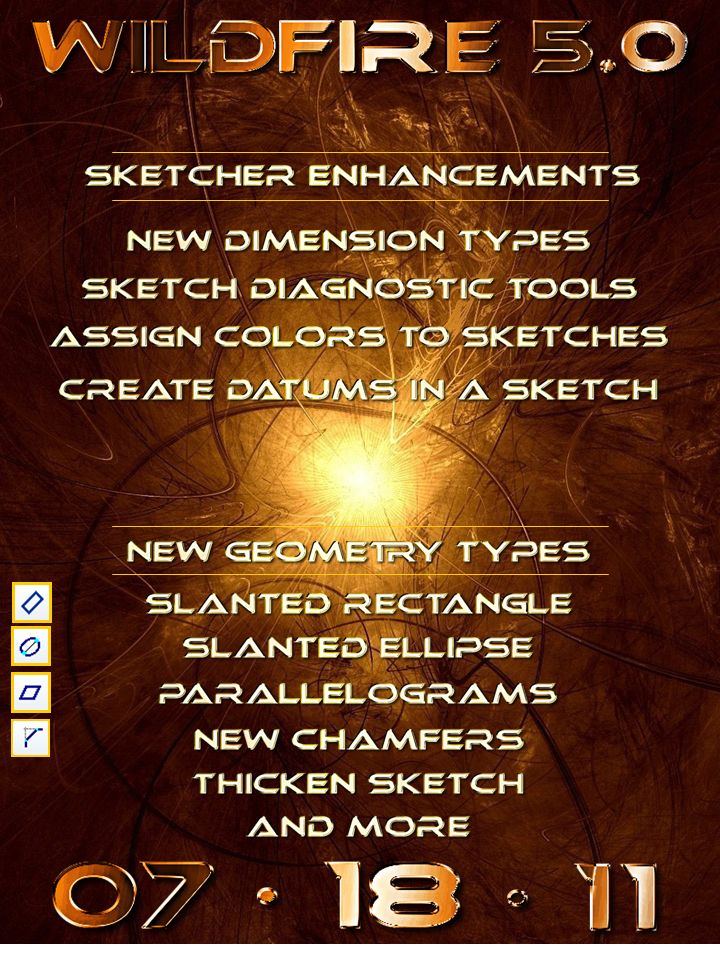 There were more posters but these are the ones that highlighted feature enhancements in WF5.