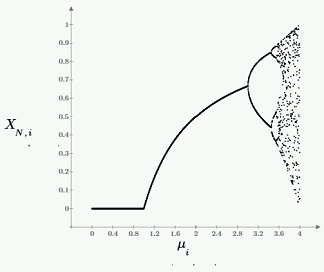 This worksheet presents a simple method which transforms the logistic map in an aperiodic, non-correlated, and uniform random number generator.  The logistic map generates an infinite chaotic sequence of numbers.  A change of variable is used to make the distribution uniform.  The numbers generated from this method can be passed through the Heaviside step function to simulate coin tossing.