Maneuvering a Spacecraft Orbiting the Earth 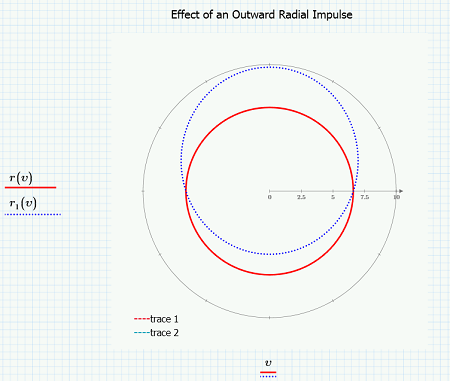 This worksheet attempts to solve a problem that asks what direction a spacecraft would move in if it fired a pulse purely along the radius vector and perpendicular to the instantaneous velocity vector, assuming circular orbit. To answer this question the worksheet first defines some of the constants and conventions including:

This worksheet is complete with background information, step by step instruction, all data and formulas, along with solutions and graphs to prove the solution.