What is the correct and appropriate way to make a spur gear with equation?

What is the correct and appropriate way to make a spur gear with equation?

What is the correct and appropriate way or method to create a correct spur gear. There are many tutorials or videos regarding this. But they provide sometimes different formulas. Which are the correct formula or is there any ideal way to make gear with equation and with the help of creo relations and parameter? How can I make spur gear with the help of relations and parameter option in creo?Any ideas, methods or tutorial videos or discussions regarding spur gear creation with equation will be very helpful.

Some forms of the involute equation (I assume you want an involute gear) are given here:

The involute should be defined from the base circle; you can then use the root and tip diameters to define the limits of the actual tooth flank.  You can use rounds to give a good approximation to the root profile, although if it's a hobbed gear then the root should really be a trochoid.

Any other professional help regarding Making spur gear in creo with equations and parameters.will be immense helpful.

In youtube there are many tutorials but which of them are correct method I don't know.

any tutorial videos will help

You will find a lot of discussions here in the community on this matter.

It would be helpful to know what your end-goal is.

Dear Antonius Dirriwachter and other users, 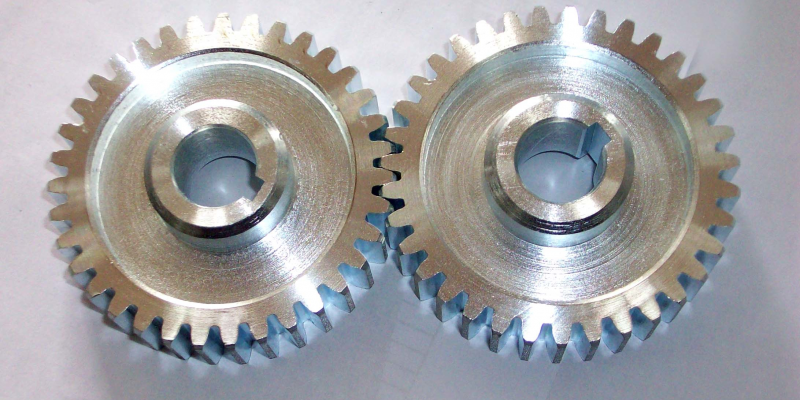 I try to make real spur gear with the help of relations and parameters option in Creo parametric.Also try to create mechanism where tooth of two gears actually mesh.

It is a bold endeavor to do this from scratch.  I did eventually find the formula for the involute and from there, you decide on the gear you want.

Try this thread: Im looking for a parametrical spur gear part (not a tutorial)

I linked a Creo 2 commercial file with some of what you'll need in the thread.

Hi Antonius, Thanks for your reply. I have opened the creo file in my pc.Where I have watched that you create involute profile of gear by using equation. Will you please tell me what are the meaning of T,X,Y,Z,R(I assume its radius, is it right?),ang(angle between?), S ,xc and yc that you have used in equation and parameters?

That is the Pro|E involute formula I found.

Several variables are standard variables for curve equations depending on the type.

Use the information button to open the hint.

The remaining variables are there to do operations on.

Plot the equation manually, and you can find the function the formula is providing.

Have you already studied the theory of the involute curve?  The unwinding ball?

Drag around the red triangle in the attached file.

One other thing to know.  The starting angle of the involute curve is highly dependent on Creo's current precision settings.

The starting angle is highly inaccurate, so do not depend on it.  It plots point 0 properly and goes to point 1 along the equation.

So it never has a perfectly perpendicular segment to measure.

I know this is a year old, but I actually managed to do this. Check out my fully parametric spur gear on grabcad. The involute is in a datum curve: https://grabcad.com/library/parametric-involute-spur-gear-generator-1