I know that there are run time localisation functions for retrieving a tokens value in different languages, but are there any services for setting a token value in various languages.

I'm hoping to create a mash that will allow certain foreign users to do their own translations, but I can't find any in built services to set a token's value.

I think I might have answered my own question

There is a service called UpdateToken(). In the example below I am using the German (de) language table.

I tried the UpdateToken service, wrapped in my own service, on an existing token named 'set' which was already in the table but it kept failing as it couldn't find the token?

​Not sure where the double brackets come from??

At first this appeared to work, however on reloading my mash the '​set​' token value now appears to have disappeared from the button widgets that had been using it, leaving my buttons with no text 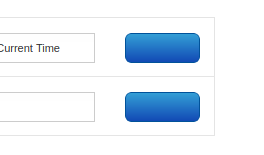 Does anyone know what has happened?

After some investigation it turns out that the LocalizationTables[LanguageID].AddOrUpdateToken(params); service does in fact work correctly.

It was the incorrect use of the ​UpdateToken​ service that screwed things up above. So if you do want to add translations via a script you can use the following code;