Vuforia Studio -> 3D Eyeware -> How do you convert something you say to text?

Vuforia Studio -> 3D Eyeware -> How do you convert something you say to text?

Okay, let me explain. So my goal is to find a specific book on a bookshelf model by using the following command sequence:

App - What book are you looking for?

Me - A Tale of Two Cities

Once I speak the title of the book, I want whatever JavaScript to convert that phrase to text so I can find the book. Only problem is, I have no Idea how to do that. I'm also using ThingWorx to hold a list of book data for me to port over to display to the user. As far as topics go, I realize how broad this is and I apologize for the ambiguity. Let me know if further clarification is needed.

so far I know, currently we can  use only commands defined as voice commands/with voice alias. 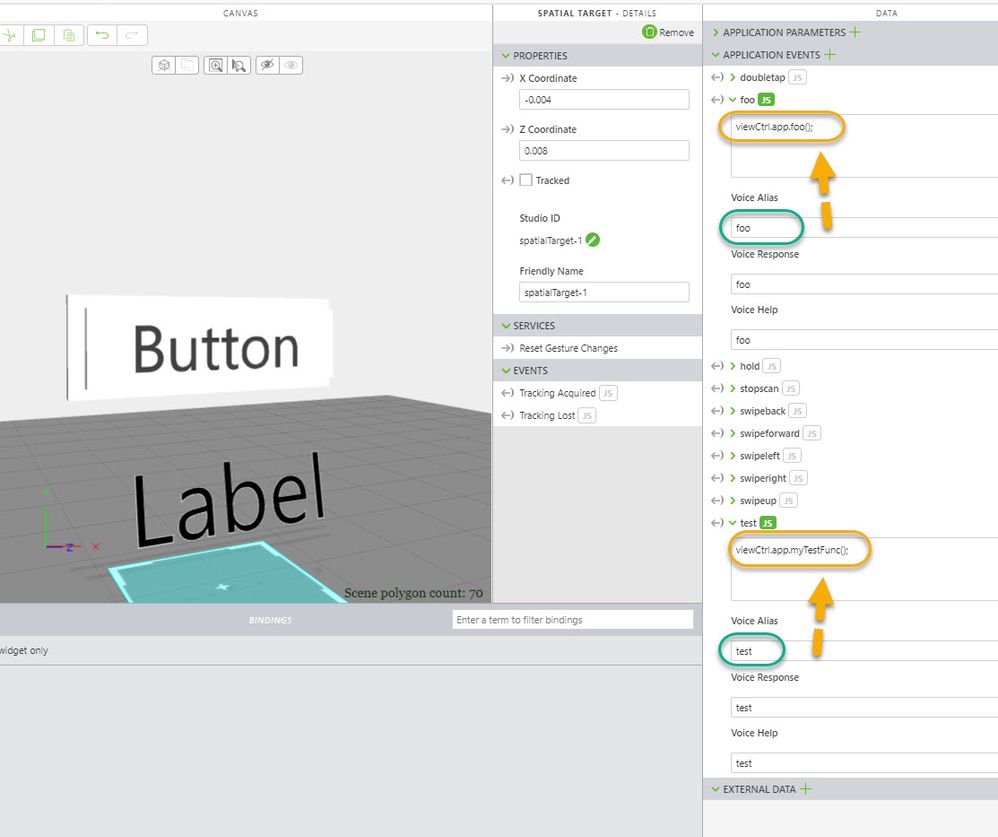 for example, here the commands "test" and "foo" will executed some code defined in the Home.js

example:  "book  two   open  start " where in this example the voice commands are  “book”,  “two”, “open” and “start” are different commands. In this case “book”,  “two” and “open” will write setting of some variables to the program stack and then when “start” is called it will start the main procedure which will check the current program stack e.g.  what was called before to execute the desired action.  You can also define some commands to reset the current program stack or  start a new  command sequence

There is an API "Using the Web Speech API"  which I tested and it work fine in a preview mode / inside chrome but unfortunately it does not work on the HoloLens device.

Also another points is that according to  PTC article "Article - CS300379" currently for the voice command only English is supported.

I tested and it seems that the spoken text as output from device is working fine. Some code like this

Here the funciton foo could be called from  the voice command define in UI: 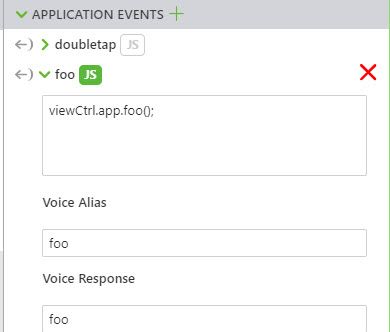